Social Media Tips from the Oscars

By Shira Lazar February 23, 2012
Opinions expressed by Entrepreneur contributors are their own. 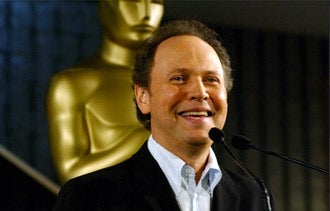 The Oscars this Sunday may be a must watch event, but is it also a must Tweet event?

From its first presentation at the Roosevelt Hotel in Hollywood, Calif., in 1929, the Academy Awards was hardly the eye-candy extravaganza it is today. The celeb-packed awards ceremony didn't even make it onto TV screens until 1953 -- and only in 1966 was the event broadcast in color.

Although it's taken years to innovate, Hollywood's biggest night is now being broadcast in all of its interactive glory -- from a new and improved Oscars App to the Academy's adoption of social-media channels. "Our goal is to make sure fans are having a really full, immersive experience leading up to, during and after the Oscars," said Karin Gilford, senior vice president of Digital Media at Walt Disney's ABC network.

Here's how the Academy of Motion Picture Arts and Sciences and ABC are engaging digitally to bring viewers closer than ever to the main event -- and giving business owners ideas for how to similarly engage with customers:

The Oscars App
The Academy and ABC are offering an Oscar companion app available for the iPhone, iPod touch and iPad. Once you download the app you can get access to @TheAcademy and #Oscars social feed, original content, Oscar history and trailers from all the nominated films. Users can also use the app's interactive ballot feature to predict winners and share their picks on Facebook. Download the free Oscars App in the iTunes App Store.

Second-screens
Let's face it, simply viewing the show isn't enough anymore. Today, people want to participate in their favorite live events, see what others are saying about it and, of course, sound off too. Enter the Oscars' second-screen experience. On the day of, the "Backstage Pass" feature launches on Oscar.com and the Oscars App, through which views can pick and tune into more than 20 live cameras placed everywhere from the red carpet to backstage at the event to the Governors Ball. How important is a "second experience" to an awards show, let alone any broadcast content these days? According to Nielsen, roughly 40 percent of tablet and smartphone owners in the U.S. use their devices daily while watching TV. And of those, about 40 percent reported looking for show related content.

Original content
The Academy and ABC partnered with comedy video website Funny or Die to produce hilarious vignettes around the Oscars -- starting with a celeb-filled trailer that stars the event's producer Brian Grazer, host Billy Crystal, Josh Duhamel, Megan Fox and Robin Williams. Entertainment Weekly's Senior Writer Dave Karger brings you everything you need to know about every major nominee with his series Nominated. I'll be hosting the Oscars digital experience for the second year in a row, I'm also producing/hosting a weekly talk show called Oscar Dailies bringing film experts and previous Academy Award winners together for a discussion about the movies they love and this year's contenders, as well as the social-media buzz around each of them.

Social-media
This year, Oscar.com launched Oscar Buzz, the site's social media page to track and provide visuals around real-time comments from fans using #Oscars and #OscarBuzz. With nearly 140,000 followers, @TheAcademy has also kept busy tweeting from the biggest events including the nominations announcement to the luncheon and the Sci-Fi Tech Awards with Milla Jovovich. The Academy is also encouraging fans to tweet their own favorite #MovieMoments, as part of their "Celebrate The Movies" campaign.

How else would you advise the Oscars to interact with viewers? Leave a comment and let us know.