By Carol Tice March 23, 2012
Opinions expressed by Entrepreneur contributors are their own. 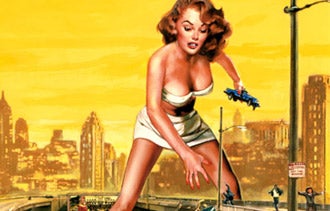 Here's some encouraging news for Women's History Month: more women are starting businesses, and more woman-owned $1 million businesses are growing, according to a new report from American Express OPEN Forum.

The new State of Women-Owned Businesses  looked at the past 15 years of business activity to track trends in women's business ownership. It found that American women are starting about 550 new businesses a day, opening more than 200,000 new enterprises in the past year. The rate of startup activity by women leaped 54 percent and far outstripped the overall business creation growth rate of 37 percent.

The study also found that women-owned firms are as likely as any other to be doing over $500,000 in annual revenue in industries including construction, transportation, and warehousing. Perhaps most encouraging, in the past five years, woman-owned firms with sales over $1 million have shown stronger growth than they did in earlier periods.

How have women been able to become more empowered to grow substantial businesses? Three things come to mind:

What do you think is helping women-owned businesses grow? Leave a comment and give us your take.

These Are The Ten Top Multisector Bond Funds