How Much Should You Pay Yourself? 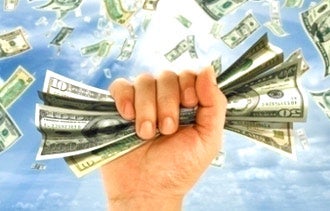 As raises go, this was a doozy. Andy Meadows, founder and CEO of custom software company Live Oak 360 in Austin, Texas, decided to increase his salary in the summer of 2010. He didn't bump it up by 5 percent, or 10 percent, or even 25 percent. Instead, he doubled it -- to what he calculated an outsider would charge to do his job. It was a stretch for his then eight-year-old company, but Meadows is now convinced it was the right thing to do.

"Raising my salary to a market level forced me to look at my company from an investor's perspective," Meadows says. "It helped me better understand the value of my own time."

As he began looking at the hours he was devoting to different tasks, he explains, he began asking if they were really tasks he should be doing, based on what the company was paying him, or if they were better suited to one of his employees. Often, the latter was the case, and he learned to cede those tasks to others. "It allowed me to turn myself loose from a lot of digging and hunting for information, and spend more time finding new and better business," he says now.

Crabtree helped with that restructuring, while also driving home his view that as many as 90 percent of entrepreneurs underpay themselves in what often proves to be a misguided attempt at thrift. It then skews their understanding of how well their companies are performing, and in some cases dilutes the incentive they need to make their companies more profitable. If their companies are structured as S corporations, it also can invite an audit from the Internal Revenue Service, which may see it as a ploy to avoid payroll taxes.

"If you're not paying yourself a market-based wage, the net income on your books is irrelevant -- it's a lie," Crabtree says. "Over time, you tend to forget that."

While acknowledging that some entrepreneurs can't afford to pay themselves a market-based wage, especially during their startup years, Crabtree recommends they at least maintain an extra set of pro forma books showing how their company would be performing if they did.

That brutally honest approach, Crabtree says, forces entrepreneurs to think about how long they're willing to accept below-market wages before they fix what's wrong or find something else to do for a living. "I can't help them succeed unless I have them look at reality," he says. He recalls working with one client, an engineer, who had switched careers and opened a bakery but simply wasn't able to replace his old salary. After taking a hard look at the numbers, he closed his business.

An incentive to grow your business faster
For Meadows, the outcome was much better. Forced to justify the higher paychecks he was cashing, he says, he became more intently focused on growing his company's business. Sales and profits rose. His employees began to grow, too, enhancing their career skills.

Small-business owners can arrive at a fairly good estimate of what their salary should be, Crabtree says, by visiting websites such as Salary.com or talking to their accountants, who probably do work for other small-business owners and can provide a general overview of what they're seeing in the marketplace.

In addition to incentivizing them to improve their company's operations, Crabtree says, taking a market-based wage can make it easier for entrepreneurs to appreciate what they must pay other key employees if they want to attract talented workers. After all, a business owner who cheats on his own salary is likely to find it hard to cough up a fair wage for those working under him.

"If you don't pay market-based wages to your team, you set into motion things that force employee turnover, and the expense of that is well documented," Crabtree says. "You also end up hiring people who are not that productive in the first place. If you pay a market-based wage, you can demand market-based performance."

In short, Crabtree says, paying yourself a fair wage is a powerful engine for driving business growth and building wealth. If you're not paying yourself what you're worth, you may be hurting, not helping, your small business.