By Jonathan Blum and Anthony Mowl May 2, 2012
Opinions expressed by Entrepreneur contributors are their own. 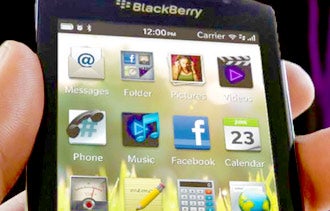 ORLANDO -- After years of rumors and false starts, BlackBerry maker Research In Motion has pulled back the curtain on the BlackBerry 10 operating system, a mostly touch-based OS which is expected to work on smartphones and tablets. The Waterloo, Ontario-based company announced the system today here at the BlackBerry World 2012 event.

The question, of course, is whether BlackBerry 10 will offer something unique for business owners. From the touch-based keyboard to a dramatic new program for app developers, there are some interesting new features.

Here's what we found live from the show floor at RIM’s annual developer conference, attended by more than 5,000 BlackBerry enthusiasts, system administrators, developers and small-business owners:

Related: 3 Tips for Choosing the Right Smartphone for Your Business

BlackBerry 10 is coming, but we don’t know when.
Actual deployment dates of the new OS have not been announced. There is no scheduled timetable for the launch, according to RIM CEO Thorsten Heins, “because we want to get it perfect.”

The action here was about demonstrating capabilities for potential developers rather than showing actual products. Company executives touted new features: less emphasis on the physical keyboard and a dramatic new program for app developers.

Additionally, RIM said it will guarantee a minimum of $10,000 in annual revenue to certified app developers. Apps must be officially accepted into the BlackBerry App World, RIM’s online software market place. And if the app doesn't make $10,000 in its first year, the developer will receive payment for the difference.

Touch keyboard to be gesture controlled.
The yet-to-be-released platform will be based on a software development language called QNX. The language will enable a new concept called “flow” in data entry for mobile devices, according to Heins. That means small, touch-based gestures can let users move from app to app and type in ways traditional QWERTY-based keyboards cannot.

But for business users who prefer a physical keyboard, the BlackBerry 10 platform will still support devices that run traditional QUERTY inputs, Heins said.

RIM claims the “flow” will enable cutting-edge personalization algorithms that potentially could not only finish the word a user is typing, but could predict the next word that person intends to type. It expects data entry to be faster and more intuitive the more businesses use the phone. Users will be able to stack several running apps on top of each other and controls are expected for how to use screen space.

It should be particularly useful for switching between a document and an email, for instance. Copying-and-pasting should be easy.

Real business potential remains to be seen.
The consensus among many developers and app companies here is that there is plenty of potential interest in the new software but aren’t sure yet if devices, plans and functionality will offer value to business users. For RIM’s efforts in building new partnerships with developers to succeed, the line of BlackBerry 10 phones and devices must compete with the major mobile players including Apple, Motorola and Samsung.

What do you think of this early look at BlackBerry's new operating system? Let us know in the comments below.

The best technology and innovation podcasts in Spanish

UnitedHealth Group (UNH) Dips More Than Broader Markets: What You Should Know