With Local Currency, Subscriptions, Time to Test Selling on Facebook? 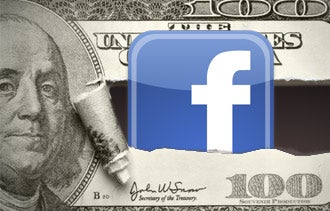 Selling on Facebook could be getting a lot more attractive. Facebook is doing away with its Credits currency and allowing businesses and app developers to offer subscription billing instead of just one-time payments.

Credits have always been confusing for the average Facebook user. Now that they're gone and subscription billing is available, more nongaming companies may want to test the f-commerce waters.

The change is good news for companies involved in gaming and selling virtual goods. But it could also be big for small businesses that aren't already selling online elsewhere and don't mind paying 30 percent on every transaction to Facebook. Yes, that hefty charge could give companies pause. But some might just consider it a user-acquisition expense, likely to be recouped by additional sales down the line.

What's more, businesses with their own loyalty or affinity-card programs could benefit by being able to gather even more information on their clients by tapping into the data stored in the user profiles of members who buy on Facebook.

The changes will start next week, when Facebook users with a Credits balance will have their Credits converted into the equivalent amount of value in their local currency. Apps or games that sell virtual items will be required to use local currency (U.S. dollar, Hungarian forint, Polish zloty and others) by the end of 2012, according to Facebook's Developer Blog.

Sounds like a win on many fronts. But before you get too excited, consider that that Facebook's FAQs for Developers says change from Credits to local currency is expected to have a "neutral to slightly positive impact on payer conversion."