By Nadia Goodman July 5, 2012
Opinions expressed by Entrepreneur contributors are their own. 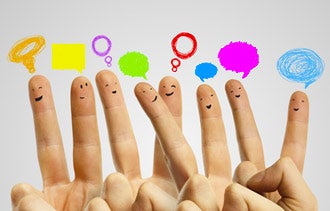 Imagine you're leading a brainstorming session at your company. You want to come up with growth strategies for your startup, so you gather your team in a meeting room, generate lots of ideas, and choose the most promising one. Many small business owners use that approach, but unfortunately, it often doesn't work. In fact, it makes your team less creative.

"Group problem solving can be extremely effective, but only if it's done right," says Art Markman, cognitive psychologist and author of Smart Thinking (Perigee Trade, 2012). "The usual method is disastrous."

The usual method--where the group generates ideas together--doesn't work because group members influence each other's suggestions. Your brain solves a problem by retrieving relevant memories that might lead to a novel solution. When someone else suggests an idea, your mind limits itself to related memories, eliminating ideas you might have considered and impeding the creative process.

An effective group brainstorm circumvents that trap. It includes a four-step process that promotes creativity and independent thought:

Step 1: Think independently. First, ask each person to generate his or her own ideas before the group comes together.

"Individuals working alone will explore a broader range of ideas," Markman says. They will each have a fair shot at bringing their best work to the table.

Step 2: Share all ideas. Next, ask each person to submit his or her best ideas. Compile them in one document then send them to the group via email, a shared Google doc, or a Wiki page. You could also ask people to upload their documents to a dropbox folder.

"That way, everyone is exposed to a wide range of ideas," Markman says. Suggestions that might have been overlooked in a meeting will have a chance to be seen.

Step 3: Review separately. Before you meet in a group, ask each person to take notes on the other ideas. Have them look for the potential advantages of each idea or solutions to potential problems.

"Early on, you don't want people criticizing too much," Markman says. "If you start by being critical, you end up closing off every idea that looks new."

Step 4: Discuss together. Finally, now it's time to bring the group in for the brainstorm. Ask each person to suggest ideas that seem the most promising, then debate the pros and cons.

Because each person reviewed the ideas independently, you'll have a more fruitful discussion. "If one person thinks they see a flaw in the idea, then someone else can be an advocate for it," Markman says. "You may realize you can get around an issue even if it's a valuable criticism."

When you do settle on a solution, the group will be more likely to support the outcome. "It's easier to get group buy-in if everyone feels that they were part of the process," Markman says. Plus, you really will have come to a better solution.