Submit your email to get a sneak peek of some of the fun, educational worksheets included in our NEW book for the little entrepreneur in your life.
Lauren Cannon
July 12, 2012 5 min read
Opinions expressed by Entrepreneur contributors are their own. 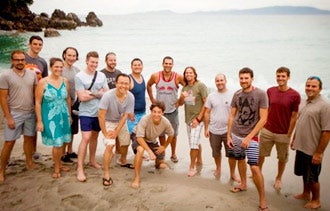 Traditional accelerators and incubators are so last year.

Building on the popularity of startup groups like Polaris Ventures' Dogpatch Labs, Y Combinator and TechStars, non-traditional, fee-based incubators and accelerators are increasingly popping up across the globe -- from the Pacific Coast of the U.S. to the Philippines.

In addition to the Silicon Valley-based Founder Institute and New York's Lean Startup Machine, newcomers include Blueseed and Tropical MBA, among others. Though the fee-based entrepreneurship programs resemble traditional accelerators and incubators, they differ in significant ways. 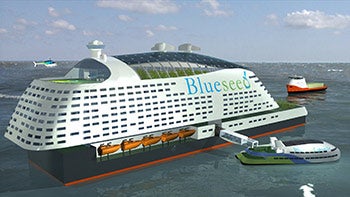 A rendering of the Blueseed ship, where participants pay a fee for lodging and office space — and give up some equity in their companies.

Seafaring incubator, Blueseed, which will be stationed in international waters off the coast of San Francisco, plans to take a 6.5 percent equity stake in the companies that participate, like an accelerator. But the program, which boasts PayPal co-founder Peter Thiel as an early investor, is structured around work-at-your-own-pace office spaces without project deadlines, like an incubator. By contrast, Tropical MBA, which recently opened its doors to would-be lifestyle entrepreneurs, will charge for structured instruction, like an accelerator. But it won't take equity, like an incubator.

The trend toward fee-based offerings might represent a change in the start-up mentality, says Brady Becker, co-founder of the Boulder, Colo.-based restaurant-review app Forkly. "Maybe the down economy has something to do with it in terms of more people willing to take a chance to do their own thing," adds Becker, who graduated from the Boulder branch of TechStars with his first venture, a location-sharing app called Brightkite.

Sam Bhagwat, Blueseed’s CFO, suggests that simply getting into the more established accelerators is becoming a tall task for many young entrepreneurs. "There are still lots and lots of other qualified, smart, entrepreneurs in the same way that there are lots of qualified, smart people that don’t get into Harvard, Stanford or Princeton," says Bhagwat.

"What we’re doing with the Tropical MBA, I see as very different," says Dan Andrews, the co-founder of the new two-week, lean-startup entrepreneurship bootcamp. "It’s more like a seminar or a conference."

Indeed, Tropical MBA's bootcamp launched last month with 14 students who paid nearly $2,000 to participate in the program taught by Andrews and his co-founder Ian Schoen at a resort in Puerto Galera, Philippines. When announced on the Tropical MBA website, the 28 total spots for the scheduled June and August sessions sold out immediately. Tropical MBA's former incarnation was an internship for people interested in going to Bali in Indonesia to live and work.

Similarly, Blueseed, which plans to set sail at the end of 2013, has already attracted more than 900 applicants. The visa-free, offshore startup community will operate in a retrofitted cruise ship. The concept was built on the premise of providing a space for foreign entrepreneurs to incubate their startups and attract outside investors. Although Blueseed will take a cut of participating startups' equity, it will also charge participants at least $1,600 per month to both live and work on the ship.

"We’re still working out the details," says Bhagwat of Blueseed. "But we definitely envision having a network of people onboard to connect the people in Blueseed with people in Silicon Valley to mentor them and to run seminars."

While there's no doubt that these so-called pay-to-play entrepreneur communities and programs are different from the more traditional variety, the question is, are they worthwhile for young entrepreneurs?

Alexander Taub, the director of business development at the Des Moines, Iowa-based mobile-payment network Dwolla, says yes -- but with some caveats. Really young companies that aren't necessarily ready for the big time may not benefit from accelerators, he says. Still, Taub does use General Assembly's offices, which serve as Dwolla's NYC home base. The value from using the co-working space stems from connecting with other companies that are also being incubated there, he says. "That’s definitely worth it… We’re part of the community."

Plus, the experience might be worth paying a little extra for. Picture pitch sessions on the sandy shores of the Philippines or an impromptu hackathon on the deck of a cruise ship, for which traditional accelerators and incubators may not have the budget.

Still, pay-to-play programs do rub some people the wrong way. "I think there could be some exploitation that occurs with people who are really desperate to start a company," says Becker from Forkly.

No matter the cost, however, it's ultimately a personal choice, adds Taub. "If you think that joining an accelerator program will benefit your business, then you should do it."

What's your take on the costs and benefits of traditional programs vs. the new fee-based offerings? Leave a comment and let us know.