How to Make Your Business Franchise-Friendly

By Randy Myers July 17, 2012
This story originally appeared on Business on Main 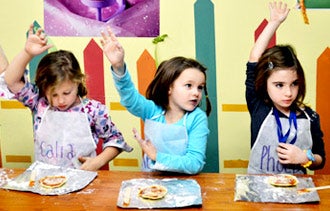 Barbara Beery had been running her home-based business for 16 years when she decided in 2007 that it could be a successful model for other entrepreneurs to follow. After extensive planning and roughly $65,000 in consulting and legal fees, she sold her first franchise that year. It was for a store-based business offering children's cooking classes and cooking-centered birthday parties.

Within three months, it had failed.

Beery made a number of mistakes, she'll cheerfully concede, but high among them was this: She was trying to sell franchises for retail stores even though she had always run her business from her home. "I wasn't operating the model that I was trying to sell," she explains.

Disappointed but undaunted, Beery regrouped. In 2010, she opened her own retail store, Foodie Kids, in Austin, Texas, and is now ready to give franchising another try. "We've perfected and re-created things," she says. "We've worked out the bugs we thought we had worked out the last time, and now the business is rolling like it should."

A Proven Strategy
Selling franchises is a proven way to grow a small business, but it's not intuitive or cheap. Most owners will need consultants and attorneys to shepherd them through the process of creating operating manuals and legal documents, with upfront costs easily running anywhere from $30,000 to $100,000 -- and even higher.

The business itself, of course, must be franchisable. At the very least, says consultant Jim Deitz, president of Andover Franchising Inc. in Atlanta, Georgia, that means it should be established and profitable, with processes and procedures that can be documented and learned easily by others. In addition, there should be broad demand for the product or service it sells, not just in its hometown but also wherever it might expand.

If you think your business fits the bill, you could start calling franchise consultants right now. But success will be more likely, say consultants and veteran franchisors, if you take these five steps first:

1. Make sure you're operating the model you plan to franchise.
Think about what you would do differently if you were starting your business from scratch, and then do it. As Beery learned, trying to sell franchisees something you haven't proven yourself will almost certainly lead to disappointment. Having no experience with the hurdles your franchisees are likely to face will make it harder to know how to overcome them.

2. Squeeze costs.
By reducing expenses in your own business you'll not only save money yourself, but make your franchises more affordable as well. For her second try at franchising, Beery notes that she cut upfront costs for new franchisees by about $100,000, reducing them to somewhere between $125,000 and $165,000, depending upon where they locate. Those figures include the initial franchise fee and the cost of building out a retail space.

3. Open a second location yourself -- but let someone else run it.
There's probably not a better way to find out if you can train others to run your business model than by opening a second location that you don't manage yourself, says Jim Muehlhausen, founder and president of CEO Focus, a business-coaching franchisor based in Indianapolis, Indiana. "It's the closest thing there is to selling a franchise."

4. Start documenting your processes.
Franchisees will need an operator's manual telling them exactly how to run one of your franchises. Starting that documentation process now will save time and money later, especially when you turn your work over to a consultant to produce the finished product. Be detailed and thorough. "Start with an outline on how to prepare the food, fix the problem or perform the service that is the backbone of your business," Deitz says. "Start with the basics, take it through completion and troubleshooting, and then repeat that for each menu item or service you offer."

5. Fine-tune your marketing program.
Almost all franchisors charge their franchisees a monthly marketing fee in exchange for marketing support, which can be critical to their success. "You may have been running your business on word-of-mouth advertising for 20 years, but people 50 miles away may not know who you are," Deitz notes. "We always suggest that even before engaging a franchise consultant, companies do some advertising to see what works. We also tell them not to forget about social media. You may not think Twitter or Facebook are worth messing around with, but buyers will want evidence that you know how to use these new advertising mediums."

With the right business model and the right planning, franchising could take your business to heights you never dreamed possible. Even if you choose not to franchise, the five steps outlined here could still help you improve your operations. Why not get started? You've got a lot to gain, and almost nothing to lose.