By Antonio Neves July 20, 2012
This story originally appeared on Business on Main 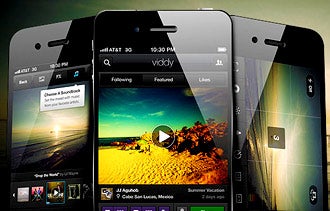 With Instagram being acquired by Facebook for a whopping billion dollars, the sky seems to be the limit for startups in 2012. So which rising business could be the next big thing?

Here are five companies -- all enjoying ample media and investor attention -- that are on the verge of startup success.

Viddy
With 26 million registered users, and more than 500,000 new ones being added daily, Viddy is hardly struggling for attention. That's why this Los Angeles-based startup seems prime for an acquisition.

"We've built a community unlike any other, with passionate ‘Viddyographers' that are engaged with us and each other," said CEO and co-founder Brett O'Brien. "People sign up with Viddy and they stay."

Also sticking around are top venture capitalists and celebrity backers like Grammy Award-winner Shakira, Roc Nation (founded by Jay-Z) and Overbrook Entertainment (founded by Will Smith), as reported in The New York Times.

Moving forward, Viddy "will definitely look at moving onto other platforms" beyond the iPhone and continue to develop new features and filters, said O'Brien.

Tikly
Built from an artist and venue-owner perspective, Des Moines, Iowa-based Tikly is challenging the traditional ticket-selling model established by the likes of Ticketmaster.

The ticketing platform creates a "direct to fan" experience and offers open revenue streams that place the power back into the hands of venues, bands and event organizers.

"Our fees are low and respectful," said CEO Emma Peterson, who previously has toured nationally with major bands. "We believe the artists' do-it-yourself culture will continue to emerge, and utilities like Tikly will make them very happy."

Tikly is the first and only ticketing company to fully integrate with startup darling Dwolla -- a PayPal competitor -- as a payment option at checkout. After bootstrapping its first year, Tikly has begun the process of bringing in its first round of outside investors.

"There are a lot of companies that make software for classroom management, measuring academic progress and maintaining relationships with parents," said marketing head and former teacher Stew Stout. "What makes Kickboard unique is that it does all three."

One of Kickboard's biggest goals is to help create a culture of analytical teaching. What started with a three-school beta test in 2009 has now spread to more than 70 schools and teacher preparation organizations.

After raising an angel round of funding in 2011, Kickboard is currently focused on accelerating its customer acquisition and providing continuous improvements to its product.

HootSuite
"Social media has gone from dorm room to boardroom pretty much overnight," said HootSuite CEO Ryan Holmes. "But the tools to manage it have lagged behind."

That's where HootSuite, a social media dashboard that manages and measures social networks, comes in. HootSuite users all have one thing in common: "Wanting to get the most value out of social media in real time," Holmes said.

In 2011, HootSuite brought in $11 million in revenue, and since 2009, the company has regularly acquired funding. In March, it secured an additional $20 million through a secondary venture capital transaction. Efforts now focus on building industrial-grade tools for managing social media in a range of workplace environments, from small businesses to large enterprises.

MindMixer
This "virtual town hall" is dedicated to municipal and government projects. MindMixer, an Omaha, Nebraska-based company, has a mission to build stronger communities by promoting action.

Founded by former urban planners, the MindMixer platform has attracted more than 20,000 registered users nationwide by creating opportunities for people to take ownership of projects in their respective communities.

"Our mission isn't to use technology [just] to create efficiencies in governments, education and business," said CEO Nick Bowden. "Our background gives us the ability to build and deploy our technology through a lens of community building, not [just] technological efficiency."

MindMixer recently closed out a Series A round of funding that raised $1.9 million, which comes on the heels of an earlier seed round from last year. With its infusion of capital, the company plans to double down on efforts to link communities together across the U.S.