By Jane Porter September 13, 2012
Opinions expressed by Entrepreneur contributors are their own.

Kim Lavine started making microwavable pillows as gifts for her kids' teachers in 2001, assembling them at her kitchen table in Grand Haven, Mich., using a corn kernel filling. Around the same time, her husband lost his job, prompting her to consider turning her pastime into a source of income.

She went from selling pillows out of her truck to setting up mall kiosks and incorporating her company, Green Daisy, in 2002. Within two years, Lavine's Wuvit pillow was in national chains, including Saks Fifth Avenue, Macy's and Bed Bath & Beyond, and by 2006, it generated more than $1 million in sales.

Lavine then branched out into a pajama line, and after moving to a licensing model, a home décor line as well. In 2008, she put the retail business on hold and started a media company with plans to eventually relaunch the Green Daisy brand again. Lavine wrote about her success in Mommy Millionaire: How I Turned My Kitchen Table Idea into a Million Dollars and How You Can, Too! (St. Martins, 2007).

To determine whether your hobby can become a business, she says, first ask: "Do you have a great product and can you demonstrate and prove its marketability?" That may sound elemental, but Lavine says too many entrepreneurs fail to consider that question.

Here are three other entrepreneurs who transformed their hobbies into multimillion-dollar companies. 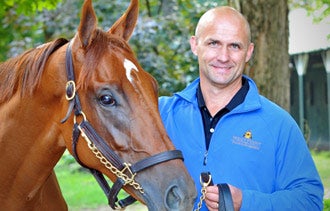 Terry Finley, founder of West Point Thoroughbreds where clients invest in one of the company's 55 horses.
Photo by Tibor Szlavik.

When Terry Finley bought his first horse, Sunbelt, for $5,000 in 1991, he felt stuck in his job selling life insurance. Finley had been betting on horses for years, but had never made an investment like this. After Sunbelt won his first race that year, Finley started running small ads in racing papers and attracted an investor who paid $5,000 for partial ownership of Sunbelt. Within two months, he bought his second horse, Cal's Zen Jr., and continued buying more horses on credit cards.

Soon after, he quit his job and founded West Point Thoroughbreds, a Saratoga Springs, N.Y.-based race horse syndication management company. From the outset, Finley talked with clients who ran their own companies and asked for suggestions about growing a business.

"We started trying to build a brand and a reputation," Finley says. Through this informal advice, he learned the importance of tracking metrics. In 2004, he hired a web designer to revamp his website.

Today, West Point Thoroughbreds owns 55 syndicated horses and has 550 investors who profit when their horses win a race, are bred or get sold. Revenue has grown from $2 million in 2005 to $6.5 million annually over the past three years. 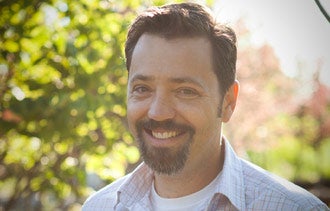 When Craig Jenkins-Sutton started designing gardens he had no formal landscaping training, just a lifelong green thumb. Growing up on a farm in central Minnesota, he always had a love for gardening.

He ended up working for a landscape service but knew he didn't want to work for someone else. In 2003, he put a small ad in the Chicago Tribune, offering his garden design services. Within a week, he received 40 calls but only one turned into a customer. It was enough to get the business going. That year he founded garden design company, Topiarius, in Chicago.

Jenkins-Sutton learned how to market his business mainly by trial and error. "The tough part in landscaping is that it's something a lot of people think they can do themselves," he says. "What value do we bring? Being able to demonstrate that is really important."

In 2010, he started putting door hanger ads at people's homes and realized he was onto something. Ten thousand door hangers produced five to 10 customer calls, much better results than any other promotion he'd tried. As a result, his business doubled in 2010, and revenue rose last year by 80 percent to $1.2 million. 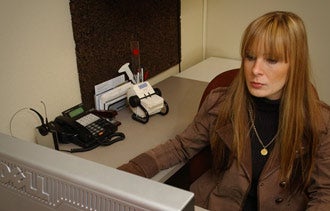 Megan Duckett, owner of Sew What?, which she started because her sewing gigs were bringing in more money than her full-time job.
Photo by Tom Underhill.

When Megan Duckett moved to Los Angeles from Australia 21 years ago, she was 19 years old and had big dreams of working in the entertainment industry. She took a job with an event planner and in her free time began sewing at her kitchen table, making bedding, drapes and costumes.

When the request to make the linings inside 10 decorative coffins for her employer's Halloween event came up, Duckett took on the challenge. "That was one of the turning point moments when I began to realize I have a skill set that other people didn't have," she says. Duckett also knew that positioning herself as a specialist in designing props and entertainment décor would set her apart. Her next big project, designing 25 silk chandeliers for The Mirage in Las Vegas, came a year later.

By 1996, Duckett was earning more money sewing than the $45,000 salary from her full-time job at the event-planning company. She quit and rented an 800-square-foot warehouse, hired three seamstresses and generated $80,000 in revenue her first year.

In 2006, she began producing bags and other items bearing the company logo to make the Sew What? brand more recognizable. "[I realized] that people weren't buying me; they wanted to buy a brand," she says. Four years ago, Duckett branched out by offering the option to rent drapes and other props rather than purchase them and by 2011 her Los Angeles-based company, produced sales of $5 million in addition to the $1.2 million her second business Rent What? generated. Today she manages 44 employees across both businesses.

Related: Common Google AdWords Mistakes and How to Avoid Them