Should You Pass on a CEO?

Gwen Moran
Guest Writer
Writer and Author, Specializing in Business and Finance
September 13, 2012 min read
Opinions expressed by Entrepreneur contributors are their own. 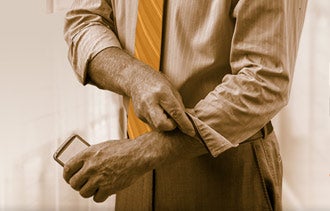 Even though mobile technology wasn't exactly hot in 2003, Waheed Qureshi saw that it was the future. He founded Redwood City, Calif. Zenprise, which develops platforms to help organizations maximize and secure their use of mobile technology. After he landed his first round of venture funding -- $6 million in 2004 -- and the pressure was on to grow, he was faced with a harrowing decision: Should he stay at the helm of the company he founded or stay focused on innovation, which was his passion, and find a new CEO?

"I decided that I'm really good at what I do -- developing technology -- and that's what I wanted to focus on," he says. At the same time, he was also concerned about relinquishing control of his company and wanted his view to be considered in its direction and growth. Instead of turning to a search firm, which would have been cost-prohibitive for his fledgling startup, he decided to approach a few people he had met through various business contacts.

He ultimately hired Jayaram Bhat, a tech industry consultant who had already been an advisor to the company. Qureshi says Bhat understood the company and wanted his input in running the business. Earlier this year, Bhat stepped down and a new CEO, Amit Pandey, took over the helm. For entrepreneurs who are thinking about handing over the CEO reins, Qureshi offers this advice:

1. Protect your interests. The Zenprise founder was smart about safeguarding his vision and his role in company leadership. As part of his agreement with the new CEO, he stipulated that he would remain Chairman of the Board and would also advise the CEO, although his formal title would be Chief Techology Officer. Qureshi maintained his ownership stake in the company, as well.

2. Focus on your skill set. By maintaining his focus on innovation and developing new technology, Qureshi was able to help the firm sharpen its competitive edge while others tended to the business management functions that weren't his strongest suit. The reason you're stepping aside to let someone else run the company is because you want the best possible person for the job, he says.

3. Allow the best ideas to prevail. As you grow your company and attract outside investors, you're going to have to be collaborative whether you like it or not, says Qureshi. Investors want to see good decisions that result in the growth of the company and the ability for them to see returns on their investments. That means removing your ego and emotion from evaluating decisions and trying find the best possible answers for the company. "If you have a 'my way or the highway' attitude, this will not work at all," says Qureshi.

Related: How to Hire the Right Employees for Your Startup

4.Talk it out. Qureshi is happy with his decision and says he hasn't had many concerns over the years because of the good communication habits he and his CEO counterparts developed. By holding regular meetings, reviewing growth metrics as well as the long-term needs of the company, Qureshi and management leaders have seen their efforts pay off.

Good leadership and Qureshi's focus on innovation have Zenprise to quadruple its MDM enterprise customers worldwide to roughly 1,000, raise a total of $64.5 million in venture capital funding, and win several awards for its software innovations.