Could This Free Online University Be Your Next Start-Up Incubator?

By Neil Parmar November 5, 2012
Opinions expressed by Entrepreneur contributors are their own.

Want to study entrepreneurship in college but can't manage a hefty tuition? Try plugging in the words "free + college" into Google.

It worked for Hubert Were. Like many underpaid, underemployed or unemployed Americans, 26-year-old Were has been boning up on business skills in a bid to become professionally independent -- a.k.a., launching his own venture. Currently, he works as a livestock-farm manager in Nairobi, Kenya. 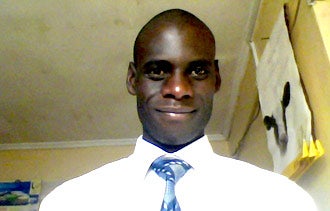 Hubert Were is a 26-year-old student at University of the People who hopes to start his own business after graduating.

"After my studies I am thinking of… running my own private enterprise," says Were, who has completed two years of a three-year business-administration program and plans to open a consultancy to assist other startups get off the ground. "I have to create job opportunities for other people," he adds.

Were's digital path led him to University of the People, an online non-profit that boasts tuition-free education for anyone from Kenya to Kansas and everywhere in between. Twenty percent of the university's students are from the U.S., a figure that is projected to grow as certain states such as Georgia crack down on undocumented college students, some academic experts say.

Related: Crisscrossing the Globe In the Name of Entrepreneurship 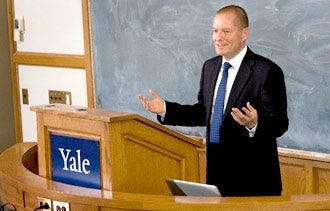 University of the People founder Shai Reshef wants to democratize education with his tuition-free, online school.

Founded in 2009, University of the People is the brainchild of education-entrepreneur Shai Reshef. In his early 30s, the Israeli native founded a test-prep firm that generated annual receipts of as much as $25 million before it was sold to testing-giant Kaplan in 2005.

Despite that exit, Reshef, now 56, isn't at all done with education. His mission for University of the People is to "democratize higher education" around the world. Though the University now reaches just 1,500 students, he's hoping to attract a student body of 5,000 by 2015.

But there are a number of issues Reshef -- who has so far plowed roughly $3 million of his own funds into the university -- must address before his ambitious growth plans can materialize. For starters, the cost of supporting an expanding student body with more technological infrastructure and staff, even when University of the People harnesses thousands of volunteers in some capacity, is steadily climbing.

Related: How to Close Your Startup's Experience Gap

"We need to find a sustainable financial model," says Dalton Conley, who is acting dean of arts and science for University of the People. He's presently on sabbatical as dean for social sciences from New York University. "Currently we are relying on a lot of [Reshef's] personal money and all the enthusiasm of volunteers and a couple big grants from foundations."

Indeed, the university's claim of being "tuition-free" doesn't exactly paint the entire picture. Although there's no need to pay for individual courses, students who can afford it have recently been asked to pay between $10 and $50 in application fees, plus exam costs that were instituted this fall. Less well-to-do students could theoretically opt-out from taking the tests, though they must get a score to earn a grade for their coursework.

To be sure, the online school is experimenting with new methods of supporting students financially, through big corporate gifts and a micro-scholarship portal where students can request funds from online donors, for instance.

Related: 9 Ways to Beef-Up Your Business Skills on the Cheap

Still, the online school isn't for everyone. It offers courses in the arts but emphasizes its business-administration and computer-science programs, which have proven to be the best pathways toward employment, says Reshef. What's more, none of University of the People's classes are accredited yet. That means other institutions may refuse to accept the University's academic credits upon transfer.

Even so, University of the People seems to offer some good choices for aspiring treps. Were, for one, spends time after work plugging away on courses like Business and Society or Principles of Finance, which he says has helped him analyze financial statements and manage accounting books.

What's more, the university's newly formed "president's council" with past and present execs from NYU, the University of Oxford and George Washington University, seems to be boosting the university's academic street cred. NYU's president, John Sexton, for one, has agreed to let some high-performing, disadvantaged youth who have studied for at least one year at University of the People transfer to NYU's campus in Abu Dhabi, as long as they meet the school's regular admissions criteria.

This fall one student from Haiti made that transition. "I have little doubt there will be others in the future," says Sexton.

Would you consider improving your business skills at University of the People? Let us know why or why not in the comments section.