Crisscrossing the Globe In the Name of Entrepreneurship

By Neil Parmar December 9, 2012
Opinions expressed by Entrepreneur contributors are their own.

Plenty of young entrepreneurs in the U.S. struggle to build enough momentum to launch into new markets. Try starting up and immediately catering to foreign consumers.

The good news for these emerging-market entrepreneurs is they can get help. A host of new programs -- some even located in the U.S. -- are offering to help groom founders and their ventures for future success.

Related: A Look at the Global-Apps Scene and Why You Should Care 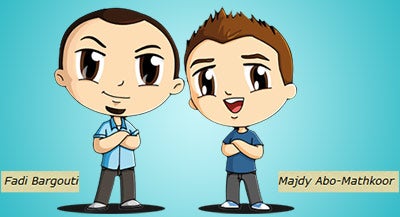 Fadi Bargouti of Amman, Jordan is hoping to expand his cartoon-animation business, Curl Stone Studios. Here, on left, is a self-portrait.

Fadi Bargouti has taken a number of different approaches to nurture his baby, Curl Stone Studios, an animation house he co-founded in 2009. Among other things, the 34-year-old Amman, Jordan resident participated in two separate incubator and accelerator programs to aid his expansion intothe Middle East and North Africa. The programs called Oasis500 and Silicon Badia helped Bargouti focus his company and even assisted him in attracting seed funding.

“We want to have our own [animation] genre,” says Bargouti. “We want to explore the Western style and Japanese style, and come up with our own.”

Related: At This Year’s Clinton Global Initiative, a New Focus on Young People

More recently, however, Bargouti tried out and was selected to become a member of Endeavor Jordan, a globally connected organization that launched just three years ago and supports so-called high-impact entrepreneurs. The group selects treps who demonstrate an ability to grow ventures that can employ hundreds, or even thousands, of people and generate millions of dollars in wages and revenues.

While Bargouti only joined Endeavor Jordan this summer, he is already reaping benefits through the group’s mentors and networking opportunities that it hosts. For instance, within a couple of hours of asking for connections to help push into the United Arab Emirates, someone at Endeavor Jordan had already started scheduling meetings with the top brass of popular animation TV channels. “That for me is tangible,” says Bargouti. “I’ve been trying really hard to reach out to them.”

What’s more, some treps are also taking advantage of Endeavor’s growing presence in the U.S. to learn about starting up from Silicon Valley itself. A new program, launched in partnership between Endeavor and Stanford University, gave treps the chance to travel to California for one week in August to learn about scaling fast-growth companies in global markets. The invite-only training cost a full $3,500, though participants say the price was worth paying for some professional brush-up tips. 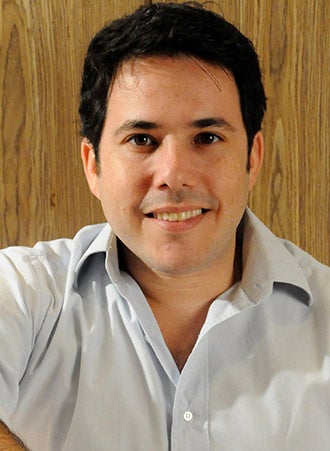 As the founder of Minha Vida, a WebMD-like portal for fellow Brazilians, Daniel Wjuniski participated in the Stanford - Endeavor Leadership Program to expand his skills.

“Leadership skills is something I really have to improve,” says Daniel Wjuniski of Brazil, who attended the Stanford - Endeavor Leadership Program. He was only in his early 20s when he joined an online vehicle-trading startup. But after being diagnosed with a chronic disease and finding it hard to get the info he needed, he decided to roll the dice and start his own health-based information site in Portuguese. Known as Minha Vida, his WebMD-like portal started in 2004 but recently received serious financial injections from Intel Capital and Endeavor Catalyst, allowing it to expand from 50 to 100 employees in just six months this year.

“There are two types of skills I’ve learned,” says Wjuniski, now 34, and serves as CEO at Minha Vida, which boasts more than 14 million registered users. “One is strategic: how to grow the business by acquisitions or growing your line of products. Another thing is really psychological: how to make decisions, talk to someone, persuade someone.” 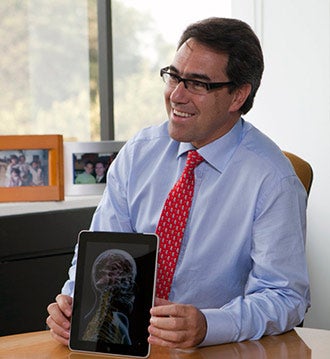 Jaime Carter, who’s from Mexico and has been an entrepreneur since the age of 19, is hoping his time at the Stanford - Endeavor program will help him gain perspective and an edge in U.S. As the founder of a healthcare software company called Health Digital Systems, Carter who's now 49 oversees offices that are located in six different countries. Networking through Endeavor has helped him understand the U.S. market better, he says. Though, he acknowledged that the true test will occur once his team gets fully functioning here: Next year, Carter plans to launch an outpost in Silicon Valley.

What do you think is the hardest part about doing business in other countries? Leave a comment and let us know.