A Restaurant Built (and Rebuilt) With Customer Loyalty

By Wensdy Von Buskirk June 28, 2013
Opinions expressed by Entrepreneur contributors are their own.

In this new series, we’ll learn how real brick-and-mortar businesses are boosting their digital presence and ask social-media experts for their best suggestions.

Red Hook Lobster Pound relied on e-mail blasts to lure customers to its Brooklyn eatery when it opened in 2009. It has grown since then, with a new location in Montauk, N.Y., award-winning food trucks trolling New York City and Washington, D.C., and up to 50 employees in the busy season. As the restaurant evolved, so did social media, and owner Susan Povich has used it to her advantage. She has established an extensive social presence and focuses her online efforts on brand building, creating a quirky personality for her urban lobster business. But with social-media sites constantly hungry for attention, she’s had to find new ways to keep up.

What’s working
Make customers part of your story. When Red Hook Lobster Pound’s Brooklyn site took on six feet of water during Hurricane Sandy, Povich had an advantage not every local business had: A loyal following. With about 6,000 Facebook fans, many asking how they could help, Povich knew customers who had spread the word about the restaurant would spread the word to help rebuild it. She turned to Smallknot, a crowdfunding site, and invited customers to buy $100 gift certificates, with $75 redeemable for food and $25 going to the cause. The campaign went viral, generating $35,000, and grew her social media following by about 5 percent. Mailing out the gift certificates also gave Povich valuable insight into who her customers were, where they lived and other demographic information. Jay Baer, president of Convince & Convert, a Bloomington, Ind.-based social-media consultancy, and author of Youtility, says the effort speaks to how avid the Lobster Pound’s fans are. “Most restaurants don’t have that kind of relationship with their customers,” Baer says.

Have fun. Povich relies on social media to give her business a voice. “I use it to communicate with my customers, to make them laugh and have some fun,” she says. Povich is known for posting retro song lyrics, and got especially creative on Pinterest, creating photo galleries that go far beyond food. More than 350 pins showcase everything from lobster tattoos to crustacean couture. Baer appreciates the approach. “It’s nice that they are giving themselves permission to make their stories bigger, not just about their own projects and menu items, but lobsters in the wild and other funny things that allow you to make a connection with them that transcends the restaurant environment,” he says. 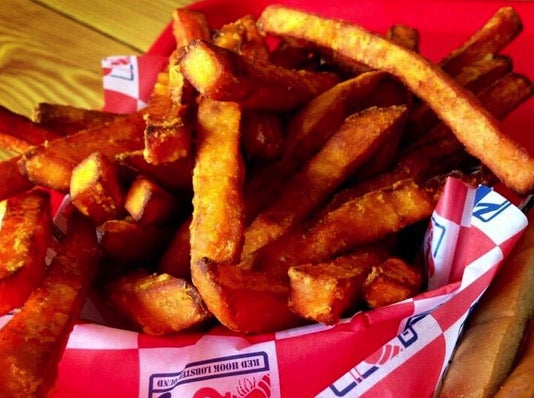 Yet Povich's dedication to social media dropped off as the demands of her company increased. For a while, she dedicated about an hour each day to updating Facebook, Twitter and Pinterest, but recently decided that wasn't enough. She hired a part-time online content manager who will devote 15-20 hours a week to her Twitter and Facebook accounts to grow her presence and increase engagement.

What the experts advise
Don’t drown the facts. While abstract lobster art is fun, remember the basics. Media strategist Mack Collier, author of Think Like a Rock Star, says what fans most need to know is what’s on the menu and where the food trucks are. “It looks like they're missing a lot of opportunities to drive sales especially during off hours,” he says. Many of the Lobster Pound’s 8,300 Twitter followers probably check in to find the roving food trucks, so the restaurant should post the truck's schedule at the beginning of each week and offer constant updates throughout the day, Collier says. Sprinkling in more references to daily specials at the brick-and-mortar locations can entice food truck customers to “dine in” as well. The Lobster Pound can test the effectiveness of Facebook versus Twitter with promotions like free fries to the first five people who visit the restaurant. "You could offer a different code on each channel to figure out where you're getting the most engagement," he says. Once that's identified, the Lobster Pound can target social media to bring in diners when too many tables are empty. Collier suggests that time-pressed entrepreneurs can focus their energies on the social media platform with the most direct business results. "The worst thing they can do is try to do too much, get overwhelmed and dump it all," he says.

Address your critics. The Lobster Pound has an active Yelp page with more than 325 reviews and a 4-star rating. While most reviews are positive, there are some negative comments and some remain unanswered. All restaurants can benefit from claiming their Yelp listing and answering every critic, Baer says. “The big lesson is to realize that customer service now is a spectator sport,” he says. “It’s about making sure that all the hundreds of thousands of people who read that review see you’re paying attention and that you’re trying to do better.” Povich says she privately messages customers who post less-than-stellar reviews, but notes she'll add public responses as well so anyone who comes to her page will know she acknowledges all of her customers.