How One Startup Aims to Revolutionize the Hiring Process

There's no denying that America's labor market is dramatically out of whack.

Job-seekers today either lack or are unsure how to get the skills they need to land a steady, well-paying position. Employers, in turn, are uncertain how to assess the abilities of their applicants and hesitate to hire anyone but the perfect candidate.

That's the problem that New York-based startup HireArt aims to fix. The online job search company was founded in 2011 by a pair of Yale graduates, Elli Sharef and Nick Sedlet, with the goal of using technology to make the hiring process simpler and more efficient for job-seekers and employers alike.

The team got its start in the winter 2012 class of Y Combinator, the well-known seed accelerator. They received $170,000 from the accelerator and then later raised a seed round that, including the Y Combinator money, brought them to $1.4 million in funding.

Today, HireArt has 10 employees (five are full-time), an office in SoHo, and has worked with big-name companies like Facebook, Airbnb, Cisco, and AOL, along with countless small businesses. In total, they've served some 350 employers looking to make hires and have 70,000 job candidates in their database.

Both Sharef, who previously worked for consulting firm McKinsey, and Sedlet, who worked for Goldman Sachs, had done recruiting for their old companies and drew on that experience in creating HireArt. McKinsey and Goldman are known for using skills-based interview questions and brain teasers that force candidates to think on the spot. 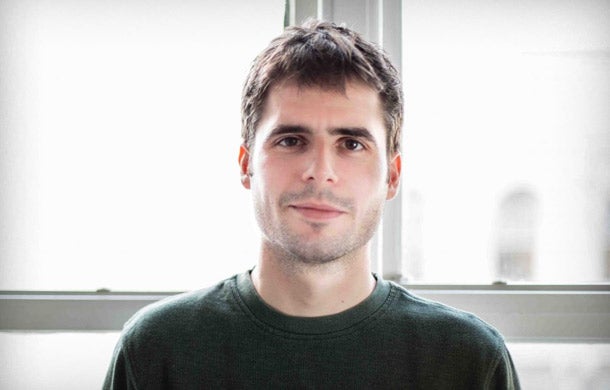 "What we're trying to do is tell employers what credentials don't tell you, what GPA doesn't tell you," Sedlet explains. "We need better tools to assess people's job readiness. The idea of our service is to, in detail, go through the soft skills and the hard skills that these people have."

On HireArt, those tools are surprisingly simple. The company hosts a jobs board that prospective applicants can scan through. If they see a job they want to apply for, they click on it and are brought to a window that asks them to submit their name, phone number, email address, and a virtual resume. Then, they wait.

After the candidate completes this first step, their resume and basic information gets vetted by HireArt. The goal is to ensure that applicants actually meet the qualifications for the jobs they've applied for, thus streamlining the process for both applicants and employers. If the candidate passes HireArt's pre-screening, they receive an email inviting them to complete the full application for the position.

This full application typically involves filling out more information about yourself and your background, answering a few written questions about why you're a good fit for the company, taping some short video responses to questions about yourself, and performing a task that simulates something you might be asked to do in that position. The entire process is supposed to take roughly 20 to 30 minutes, but candidates can spend as much time as they wish on the application.

HireArt doesn't yet have any metrics in place to assess the success rate of applicants who go through the site, but Sedlet says those who take the time to complete the full online application fare better than seekers on the average job board.

The service is completely free for job applicants. Employers can pay $600 per month for each listing they post, or choose a more involved head-hunting service that costs 10% of the first-year salary of the hire.

HireArt says its system is an important step forward because it is designed to assess job readiness in terms of what people can do now, not what they have done in the past. That means focusing more on demonstrated skills than big-name schools and internships.

"To me, the future of hiring is going to be less about your resume and your pedigree," Sharef says, "and more about the skills and passion for a particular job that you bring to the table."