For women, finding a bra that fits properly has been an age-old dilemma. Now, the founders behind a new retail startup want to combine technology and smartphone photos to help make better-fitting bras.

Here's the issue: Women come in all shapes and sizes. So do bras. Finding the one that matches your exact measurements isn't as easy as one might think. Even if you've stood nearly naked in a tiny room with a stranger -- er, professional -- holding a measuring tape, you still might not have fared well. Researchers at Portsmouth University revealed last year that three quarters of measuring tape fittings actually get it wrong, underestimating cup size and overestimating back size.

Finding the right size is complicated by inconsistencies across manufacturers, and inexperienced fitters, says Jenny White, a scientist at Portsmouth University and the study's lead researcher. “Even within the same shop you can have different ranges that fit differently.”

So it’s no wonder that women muddle through on their own, ending up with sad cups that gap or straps that dig into their shoulders. But bad fit can lead to big problems down the line, including headaches and back pain caused by bras that don’t provide the right support.

That's where San Francisco-based retail startup ThirdLove comes in. Through a mobile app, women can use their smartphones to take a photo of themselves in a tank top in front of a bathroom mirror. Computer vision technology takes those 2-D photos and extracts 3-D data to generate a woman’s bra size. The company’s technology is more accurate than a real-person sizing at a lingerie store by a half inch, based on in-house testing and focus groups, says co-founder Heidi Zak.

The intimates industry hasn’t changed much in more than a century, so it’s no wonder that ThirdLove and a host of companies such as True & Co and Brayola have emerged to solve the fit riddle. Women’s intimates is big business: it's a $10 billion market in the U.S. and growing, according to market research group NPD.

Still, sizing is the bane of retail, especially intimates and ecommerce, and those who fix fit could unlock growth. Sizing problems fuel a nearly a third of retail returns, according to some estimates. They’re also expensive. A recent study by the Frankfurt School of Finance and Management of a German retailer found that without returns, that company’s profits could have been 50 percent higher. 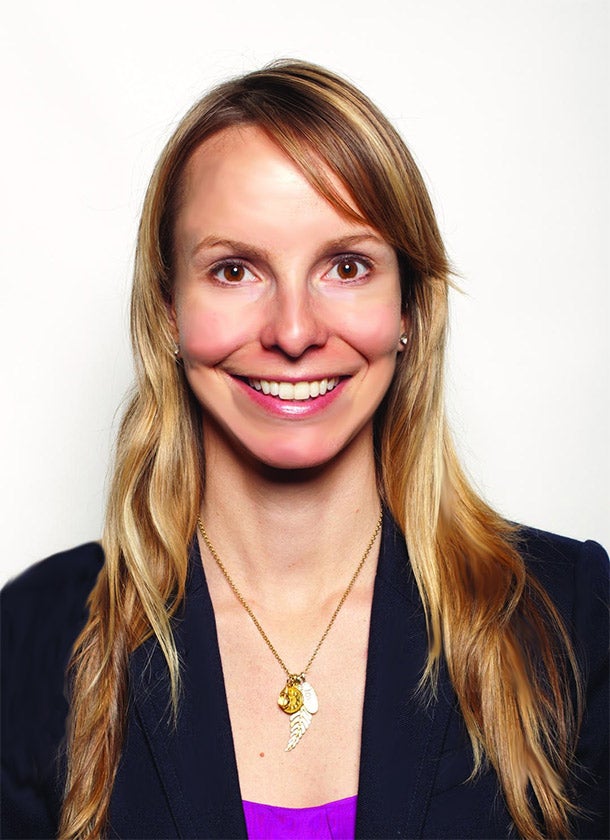 Apparel drives ecommerce sales, but online stores account for less than a tenth of all retail sales. Better fit could make a woman look online first for intimates, not just re-order styles they’ve tried on in brick and mortar shops, jumpstarting sales. “If you can convince consumers that you can fit them better than you can be fit in a store then you’ve clearly eliminated the biggest obstacle of all," says Marshal Cohen, a chief industry analyst at NPD. "That’s worth its weight in gold.”

ThirdLove stands apart thanks to its technology (other startups in the field size women through questionnaires) as well as its product line. The company sells only lingerie it has designed and manufactured, giving it complete control over the fit models and the product that women sized with its device will eventually purchase and wear. The company also offers half sizes, an option that isn’t available through traditional retail.

“Previously, the people who have ‘won,’ competed on price,” says Zak, citing Zappos’ 365-day return policy and Amazon’s extensive delivery network and personalization. “I think the next generation is a better experience.”

Product will still be paramount, but Cohen sees an opportunity among younger, tech-savvy customers who are just building their bra wardrobes and shopping habits, provided the tool delivers. “In the world of technology, you get a second chance to correct [a bad first] impression," Cohen says. "But you don’t always get a third and you never get a fourth.”

ThirdLove says 85 percent of its users make use of the sizing technology. To Zak, this shows that women value the process and are comfortable using a mobile app in sizing.

ThirdLove’s app launched after a year and a half of testing. More than 1,000 women tried the app and the bras in person, answering calls from networking groups and even Craigslist.

Through testing, the company learned to streamline its tool. A very early version required a friend or loved one to take the 2-D smartphone photo, but potentially recreated the barrier women already had with professional fitters. Using a mirror was more challenging to perfect since in mirror photos, the quality of the pixels degrade making it harder for the algorithm to calculate measurements, Zak says. It continued testing and the current simplified version requires just two photos taken in front of the mirror: a front and side view. “All they need is a tank top, a mirror and five minutes,” Zak says.

ThirdLove declined to disclose its specific number of app users, only to say that the number is "in the thousands." Its parent company, MeCommerce, Inc., received $5.6 million in funding in late 2012 from investors like Andreessen Horowitz and NEA.

Once the bra is well made, it provides better support and shape, Zak says, and certain intimates issues become easier to address. Most women want the same perky, uplifted look. “The key is the construction. Regardless of life stage, the breast conforms to the shape you want.”