Nest Labs says old-school smoke alarms have “become annoying.” They cry wolf “every time you make stir-fry,” or chirp you awake, “just as you’ve fallen asleep,” kvetches the hot startup that Google recently scooped up for a cool $3.2 billion.

Yes, outdated, non-internet-connected smoke alarms are so very annoying, Nest says. So much so that they’ve become “a safety issue.”

Related: The Real Reason Why Google Bought Nest for $3.2 Billion

Now the Palo Alto, Calif.-based company has stumbled upon a dead serious “safety issue” in its own smoke alarm, the Nest Protect, and it’s more than just annoying.

Nest Protect owners - read an important safety message about your Nest Protect in this letter from our CEO: https://t.co/yNv1DrGdlr

Fadell said the company discovered a “unique combination of circumstances” (translation: a problem) with the Nest Protect’s core selling point, the often praised and criticized hand-wave motion control feature, “during recent laboratory testing.” He did not say exactly when the lab tests revealed the issue.

Related: Better Mornings: 7 Innovative Gadgets to Get You Going 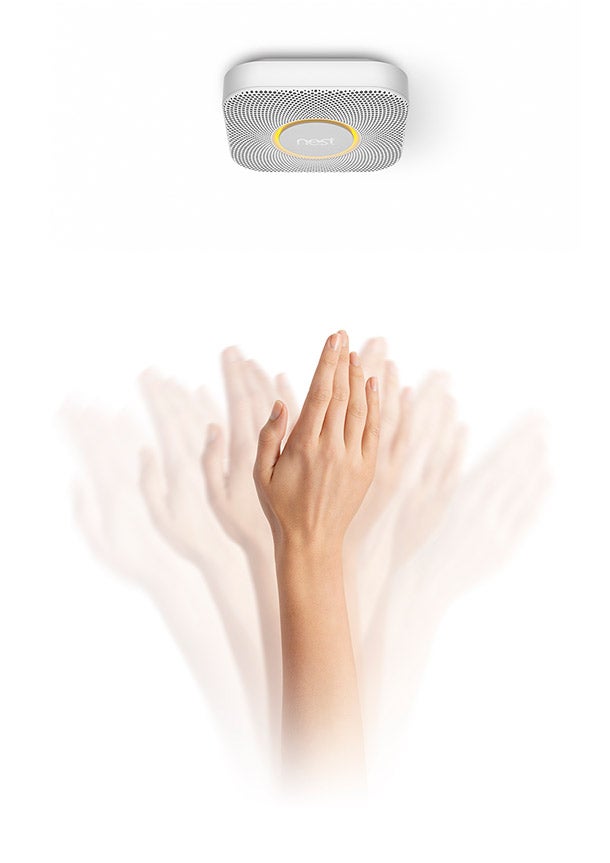 The Nest Wave feature, which lets users simply wave their hand near the sleek unit to silence it, could be unintentionally deactivated with “one wave in the wrong direction,” according to Venture Beat. Note: A smoke alarm isn’t really an alarm if it’s disabled and, in case of fire, if you don’t even know you’ve disabled it, you’re screwed.

This potentially grave glitch -- which we’re surprised Nest didn’t pick on up earlier, well before putting the product on store shelves throughout the U.S., Canada and the U.K. for a steep $129 -- “could delay an alarm going off if there was a real fire,” Fadell said. Yeah, that’s a big problem, especially when you’re in the business of saving people from smoke and fire. He went on to say that, to the best of Nest’s knowledge, no customers have experienced the problem, presumably during a real fire.

In the meantime, the company is has stopped all sales of all new Nest Protect alarms “only because the Nest Wave feature is on by default” and they want to “ensure no one buys an alarm that needs an immediate update.”

Users with units currently connected to a Nest Account via Wi-Fi will eventually receive a software patch fix, which Nest projects could take up to two to three months to figure out following extensive testing and jumping through safety agency hoops in the three countries where it is sold.

Meanwhile, as GigaOm amusingly points out, “users will have to press a button on the Protect to silence an alarm --- just like one does with their dumber, uglier detectors.” Or, if you’re just completely fed up with your Nest Protect, you can mail it back to Nest for a full refund.

Nest’s first, but very serious “hiccup” sounds an alarm on how terribly wrong the gesture-controlled “internet of things” could go, in this case, in the wave of a hand.

Related: The Internet of Things: New Threats Emerge in a Connected World

Maybe those lame, non-connected smoke alarms -- the kind that work when you really need them -- aren’t so lame after all.

6 WhatsApp Features That Are Perfect for Small Business Owners