The Formula Startups Use to Make Billions (Infographic)

From thousands of miles away, Silicon Valley can feel like a magic box: normal people enter and out pop billionaires. But the startup ecosystem is much like the Wizard of Oz, where, when you pull back the green curtain, there stands a man.

There’s actually a fairly systematic process behind the formation, growth and financial success of many startups. Which is not to say that it is a fool’s errand to launch a successful startup and grow it into a billion-dollar company, but only to say that it has been done, and there is a worn path and a mature ecosystem surrounding this routine.

Related: How This CEO Combined a For-Profit and Nonprofit and Made Both Better For It

San Francisco-based startup organization Funders and Founders generated the infographic below, breaking down the way an entrepreneur goes from idea generation through to initial public offering. The infographic is based loosely based on famous programmer and venture capitalist Paul Graham's essay "How to Start a Startup.”

Take a look to get a clearer picture of what goes on in the big black box that is Silicon Valley. Behind the green curtain. 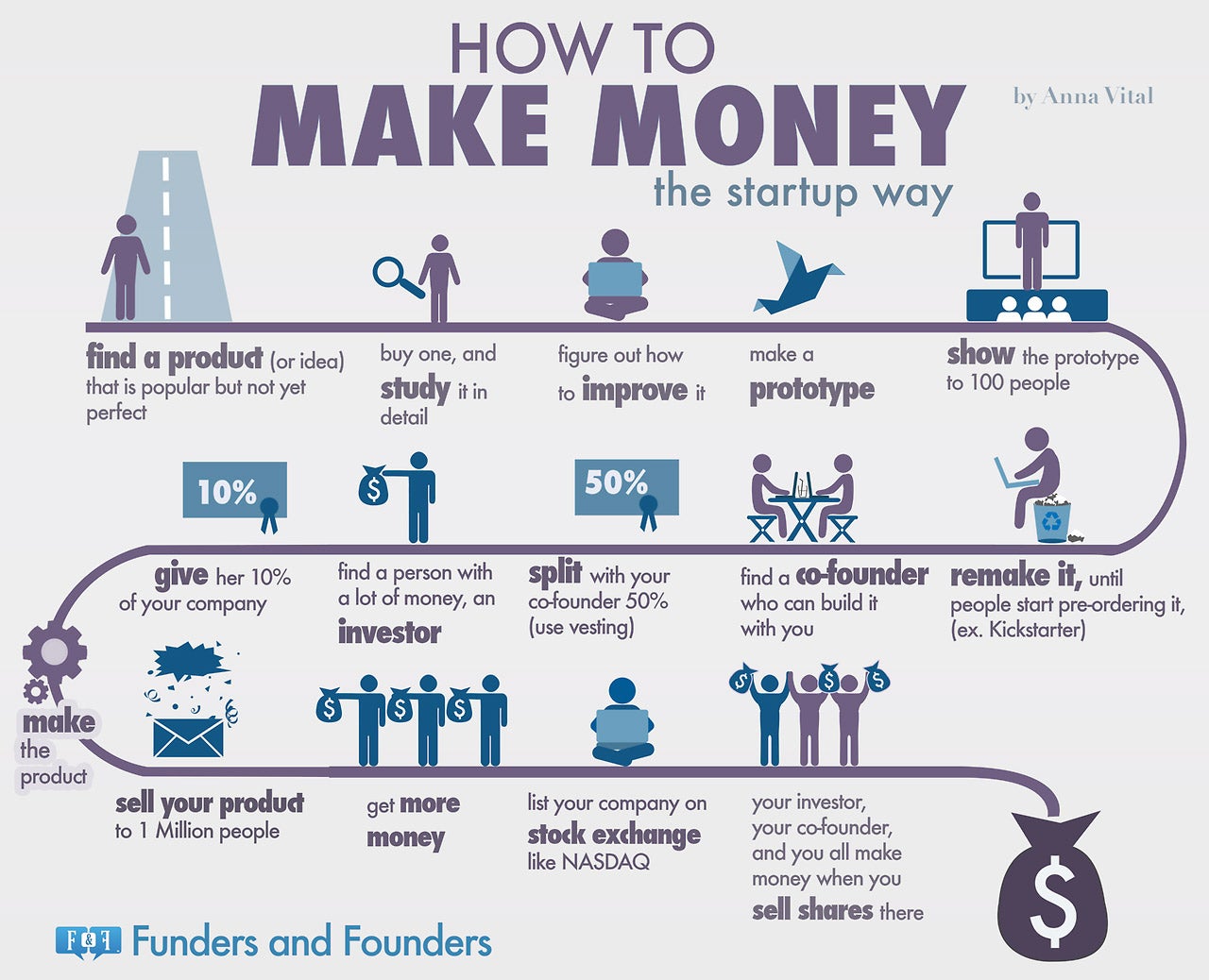