Steer Clear of These 5 Pitch Mistakes

By Elaine Pofeldt May 14, 2014
This story originally appeared on CNBC

It's easy to get the impression that any entrepreneur who scrawls an idea on the back of an envelope can get funded these days. 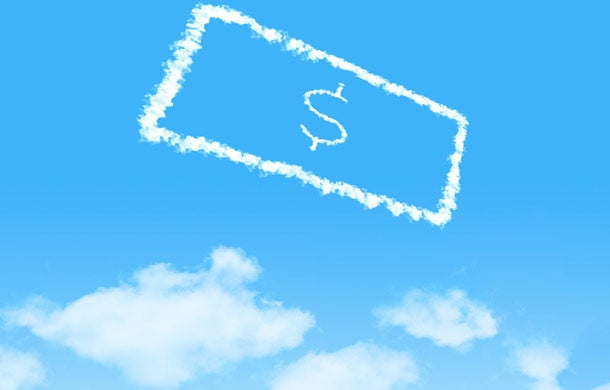 Nonetheless, many entrepreneurs miss out on critical start-up financing by blowing their pitches to angel investors, say investment insiders. Often, for instance, entrepreneurs get so excited about their concepts that they neglect to dig into crucial business details.

"I was in a pitch session yesterday where there was no discussion of the customers!" said Dave McLurg, the Scottsdale, Arizona-based chairman of Griffin Phoenix, a private investment firm.

"The foundation of our country is entrepreneurship—and I think we should be embracing people who have the courage to put the time and effort into it—but they have to be prepared," he added.

Here are five deal-killing mistakes to avoid in pitching angel investors, so you can win the funding you need.

Investors don't want to invest seed money in a start-up that never sprouts. Before you ask them to hear your pitch, gather some proof that people will buy what you're selling, through a beta test, market research with potential customers or other means.

"Once you feel you have a viable product, then it's worth exploring if you should bring in outside capital," said Morris Callaman, a Paradise Valley, Arizona-based angel and venture capital investor who was an early backer of LifeLock, a service that protects customers against identity theft, and has invested in other consumer and technology businesses.

Investors roll their eyes when entrepreneurs make overly optimistic claims like: "This is a $1 billion market. If I just get 3 percent of it I'll have a $30 million company in three years."

You may reach numbers like that if you get really lucky, but in most cases, it's harder to win early customers than entrepreneurs think, said Charlie Brock, CEO of Launch Tennessee, a public-private organization focused on building entrepreneurship in the state. He has raised angel capital for start-ups and provided it as a backer.

Instead of trying to dazzle investors with enormous revenue predictions, show them how you'll win sales, Brock advises.

"I'd much rather see a bottom-up approach: This is my target customer. Here's how I'm going to grow this business from one to 10 customers, 10 to 50 customers—and on up," said Brock.

Investors are equally skeptical when entrepreneurs cite an enormous market size for a start-up. If you're raising money for a mobile app, for instance, don't define your target customer as "everyone with a cellphone," advised Brock. "Is it really people between ages 18 to 34 who text more than 1,000 times a month? Break it down!" he suggested.

It will be hard to close a deal if you don't tailor your presentation to angels' main interests. Ask them about their investment philosophy in advance, if you can. Some angels tend to bet on the strength of a team, while others look for a visionary founder or a product's traction in the marketplace, for instance.

"If you're an entrepreneur, you've got to be savvy about understanding other people's motivation," said Justin DeLay, a co-founder of the Chicago-based tech firm TempoDB, which raised more than $1 million in seed money through participation in the Techstars accelerator and from angels, before moving on to a $3.2 million venture round led by Chicago-based Hyde Park Venture Partners, in 2013.

At the same time, it's important to be authentic. There were 298,800 active investors in 2013, up 11.4 percent over 2012, according to the Center for Venture Research. You want to find a good match. "The most healthy angel relationships I know of have been people who love working together," said attorney Galen Mason, who advises emerging companies as special counsel at Foley & Lardner in Chicago.

Reading a slide deck line-by-line bores investors, so use your written presentation as a complement to your pitch, not a substitute for it. "You are the show, standing on the stage, communicating with the audience and passionately sharing your ideas," advised DeLay.

A video that illustrates how your product works can be helpful, but keep it short and make sure you test it in the presentation room early, so technical difficulties don't distract your audience.

Investors like to see confidence, but skip the chest beating. "If entrepreneurs say, 'I don't have any competition,' that reeks of arrogance and says they really don't know their market very well," Brock said. "To me, that's a huge turnoff. There are always competitors." Show that you have identified your major competitors and have a plan to seize market share, he advised.

Investors will be more impressed if you show you're prepared for the unexpected, like a new competitor who suddenly appears on the scene. "We're looking for resilience and perseverance," Brock said.