Ah, technology. What a wonderfully innovative, confounding, inspiring thing. Today, thanks to advances in tech, we have things like highways illuminated at night by glowing paint, musical houseplants and air-filtering billboards.

Sound too good or too wacky to be true? Read on.

We've rounded up 10 recent examples of technologies that are pushing the boundaries of innovation. We think they'll make you scratch your head and say, "What the heck?"

Hey guys, those mobile gadgets you love are also hurting you manhood. Translation: Laptops and tablets in your lap get hot and can lower your sperm count.

British physics teacher Joseph Perkins set out to do something about this issue. He developed the Wireless Armour boxer briefs for men. These $60 cotton undergarments are lined with silver meshing that he says deflects electromagnetic radiation.

High tech where it counts the most. Now, that’s a silver lining.

Luke Skywalker, eat your heart out

Or in this case, your hand off. OK, never mind. Gross.

The FDA recently approved a mind-controlled prosthetic limb the has the same weight and shape as an adult arm. It was designed by Dean Kamen, the guy who invented the Segway.

Kamen’s company, DEKA Research and Development, has nicknamed the limb Luke, after Luke Skywalker. The company says that 90 percent of people who participated in a study were able to perform activities using Luke that they couldn’t do with their current prosthesis. Stuff like using keys, preparing food and feeding themselves.

This crab can do 'The Robot'

Prepare to meet the mammoth mechanical crab of your nerdiest undersea dreams.

Researchers in Korea have developed the Crabster CR200. This thing is a 1,400-pound autonomous robot crab. Its designers believe that it can dive to underwater depths of 656 feet and will be instrumental in mining underwater shipwrecks and other amphibious tasks.

Read More: Giant Crab-Like Robot to Plumb the Ocean for Shipwrecks and Treasure

A bright idea for dark places

I hate driving at night. And if it's raining hard or snowing, fugetaboutit. I can’t see the lines on the road.

Daan Roosegaarde, a Dutch interactive artist who is becoming known for taking everyday items and giving them visually stimulating upgrades, has come up with a new project:  illuminate a 500 meter stretch of highway in the Netherlands with glow in the dark paint.

The glowing lines are created using paint mixed with a "photo-luminising" powder. Basically, the paint soaks up the sunlight and releases a green glow at night. If this works better and more efficiently than street lights, let's do it already.

Read more: A Highway Illuminated by Glow in the Dark Paint, Not Streetlights

Speaking of seeing in the dark, the Army apparently has a cool new trick up its highly-funded sleeve. Say goodbye to bulky night-vision goggles and hello to featherweight night-vision enabled contact lenses.

That's right. Contact lenses that allow wearers to see in the dark. It’s in prototype phase at the moment, thanks to scientists at the University of Michigan’s College of Engineering. The practical, real-world value for something like this probably goes without saying.

As technology becomes more advanced, the size of our tools and gadgets gets smaller. In some instances, super small.

The latest example: solar cells the size of the period at the end of this sentence, developed by North Carolina-based Semprius.

Read more: Check This: Solar Cells the Size of a Pencil Point 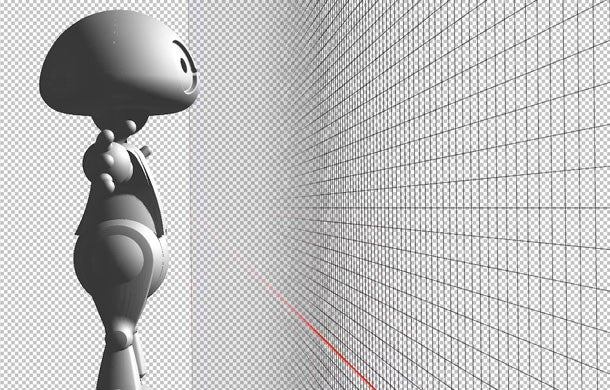 Google is developing driverless cars. So how about personal robots to help us with our chores and keep us company?

Have patience. They're coming.

If you ask Brian David Johnson, the resident futurist at tech-giant Intel, personal robot companions could become a reality sooner than you think. Johnson took it upon himself to build his own robot pal named Jimmy, one that is 3-D printed and operating on open-source code.

Apparently Johnson is quite smitten with Jimmy and thinks we'll all have robot friends in the near future.

Watch: No Sci-Fi Here: Your Own Personal Robot Is Coming

DJ houseplant on the ones and twos

If only your savoy cabbage could sing you a song. Well, it can. Kinda. Sort of.

An art collective called Data Garden has developed something called the MIDI Sprout. The device gauges plant biorhythms and turns that feedback into a sort of “music."

“By spending time with your plants as they play music -- music that is an expression of their physiological changes -- you’ll find that your plants are as perceptive of their surroundings as you are,” the company says.

The Army isn’t the only one innovating the traditional contact lens. Tech-giant Google has filed a patent application for a micro-camera component that could work with contact lenses.

Essentially, Google wants to develop tiny cameras that can be embedded into contact lenses. The idea is that wearers could snap pictures simply by winking.

Google is already said to be developing smart contact lenses that can track the glucose levels in a person's tears.

A billboard for more than just advertising

We’ve seen digital signage that can actually interact with individuals, but this isn’t that. This is even cooler.

Peru's University of Engineering and Technology, in partnership with advertising agency FCB Mayo, has developed an air-cleaning billboard. You read that right. A billboard that sucks in dirty air, filters it through a water system, then spits out clean air. The school says one billboard is as powerful as 1,200 trees, producing 100,000 cubic meters of purified air.