If you’ve ever used a Windows PC, you have most likely experienced the "Blue Screen of Death," which would show up when a program experienced a fatal error or became unresponsive. In later versions of Windows, you’d see this blue screen any time you pressed “Control-Alt-Delete.”

Well, according to a blog post from Microsoft developer Raymond Chen, the text from that famous blue screen was written by none other than Steve Ballmer, the bombastic ex-CEO of Microsoft.

Chen says Ballmer was head of Microsoft’s system division when he paid a visit to the Windows team. And when he saw Control-Alt-Delete and the original text for the Blue Screen of Death, he said, "This is nice, but I don’t like the text of the message. It doesn’t sound right to me.”

According to Chen, someone from the Windows team challenged Ballmer to write a better message if he thought he could do a better job -- and he did. Chen says Ballmer’s text “went into the product pretty much word for word.”

Here is that text, courtesy of Chen: 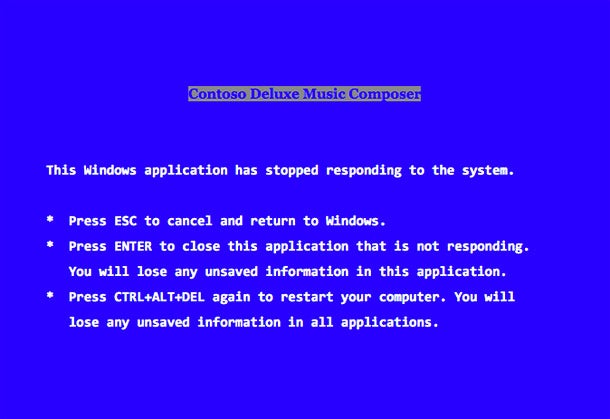