By Karma Allen September 9, 2014
This story originally appeared on CNBC

General Mills announced on Monday that it will acquire organic food producer Annie's for about $820 million—in an attempt to boost its presence in the natural food space.

General Mills will pay $46 a share in cash to acquire the company. Annie's said the transaction consideration represents a 51 percent premium over Annie's 30-day average closing price of $30.47 as of September 5, 2014 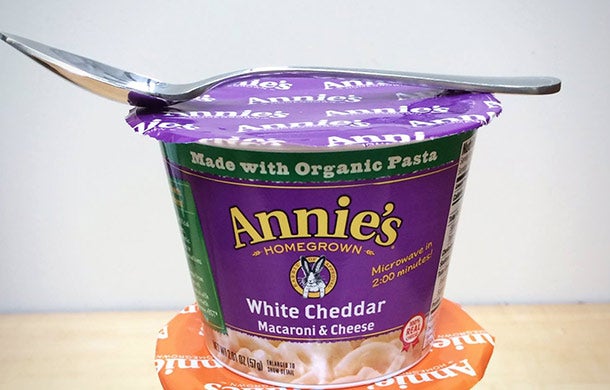 "This acquisition will significantly expand our presence in the U.S. branded organic and natural foods industry, where sales have been growing at a 12 percent compound rate over the last 10 years," said Jeff Harmening, General Mills executive vice president and chief operating officer.

"Annie's competes in a number of attractive food categories, with particular strength in convenient meals and snacks—two of General Mills' priority platforms"

Best known for its the rabbit-shaped mac and cheese, Annie's reported $204 million in net sales during its latest fiscal year, up about 20 percent from a year earlier.

The Berkeley, Calif.-based company markets nearly 150 products and has more than 35,000 retail locations in the U.S and Canada.

Annie's said "partnering with a company of General Mills' scale and resources" will maximize value for stockholders and help it to expand intonew channels and product lines.