Over the past few years, I’ve created social media content and strategies for some of the world’s largest and most influential companies. I’ve also helped some friends tackle social media for their small businesses. I have come to the following conclusion: Social media can be really difficult.

With so much to consider, it’s easy to make mistakes, but luckily there’s an infographic by entrepreneur Jason Squires to highlight nine of the most common mistakes businesses tend to make in social media. 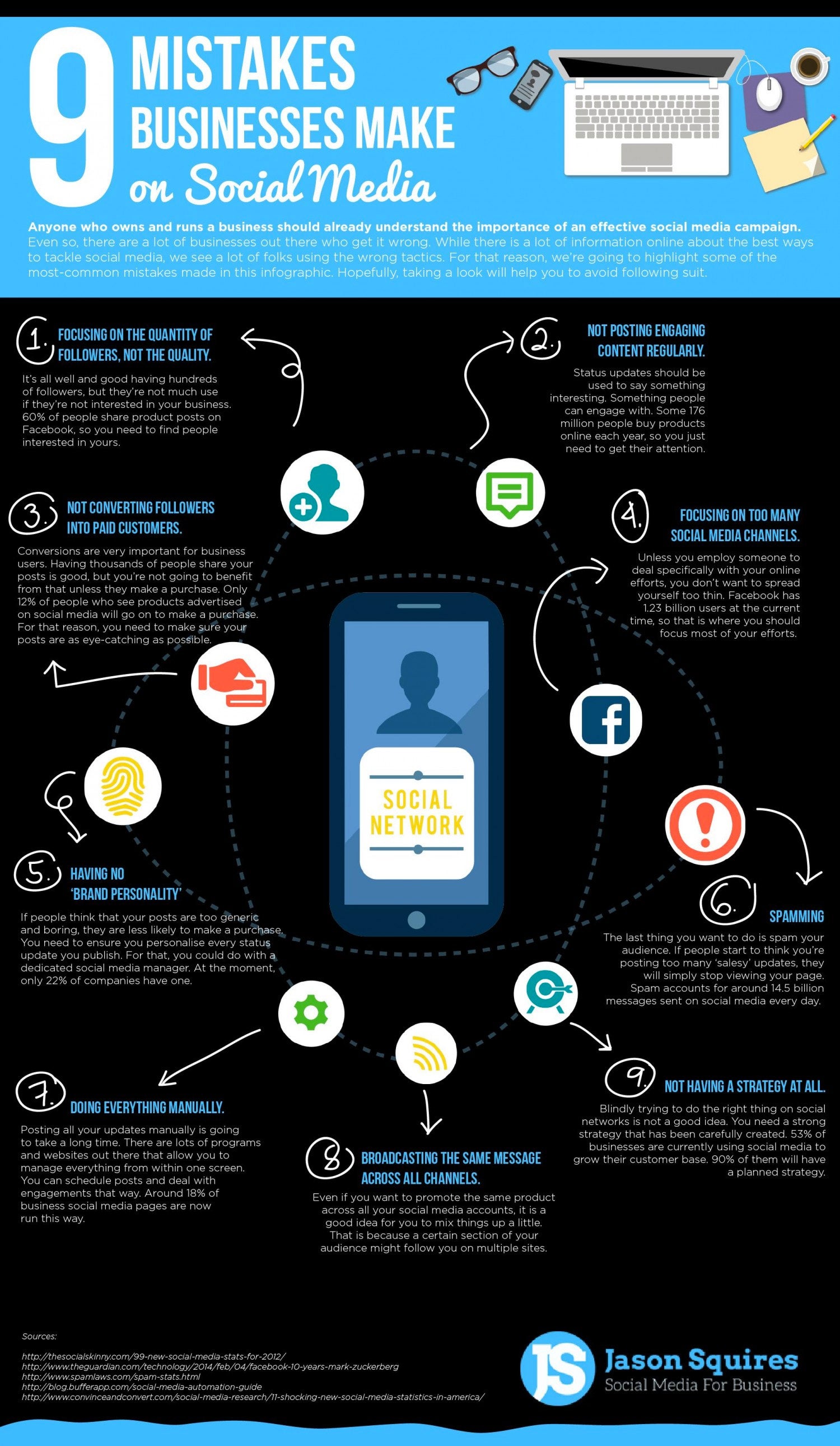 A Marketing Disaster Is a Terrible Thing to Waste: 3 Lessons From Recent Big Brand Fails

The 5 Biggest Marketing Mistakes and How to Avoid Them

Bad Social Media Never Dies. What Do You Do When It Happens to You?