A Fitbit for Your Employees' Emotional Health? It's Already Happening.

If you find you're constantly in a bad mood or feeling depressed, it can affect everything – your personal relationships, your health and your ability to focus and get things done at work.

And you are certainly not alone. Depression affects one in eight workers, resulting in nearly 68 million workdays lost each year, according to the 2013 Gallup-Healthways Well-Being Index. Those missing days cost businesses more than $23 billion in lost productivity.

To that end, health technology company Orcas is aiming to improve the well-being of U.S. workplaces with a mobile app and online behavior monitoring program called MoodHacker. 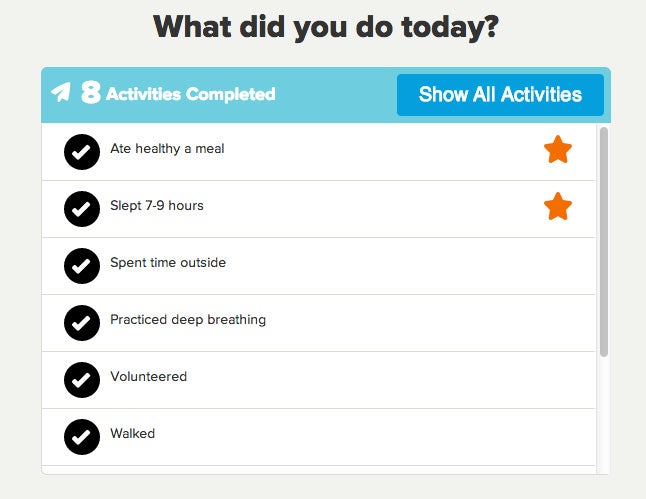 Related: Why I Want My Employees to Sleep on the Job

Launched in August after a year-long clinical study, MoodHacker is essentially a Fitbit for the neck up, tracking a person's emotional mood as opposed to their physical fitness (though that is part of it). Right now, it's only available through a sponsoring organization such as an Employee Assistance Program (EAP), a health plan or employer.

Upon logging in, employees who use the app are asked to rate how they feel (1 to 10) and then given options to log the activities they did that day (i.e. – "ate a healthy meal" or "spent time outside.") The app lets users write out what they are feeling, set goals and read articles about general health and depression. 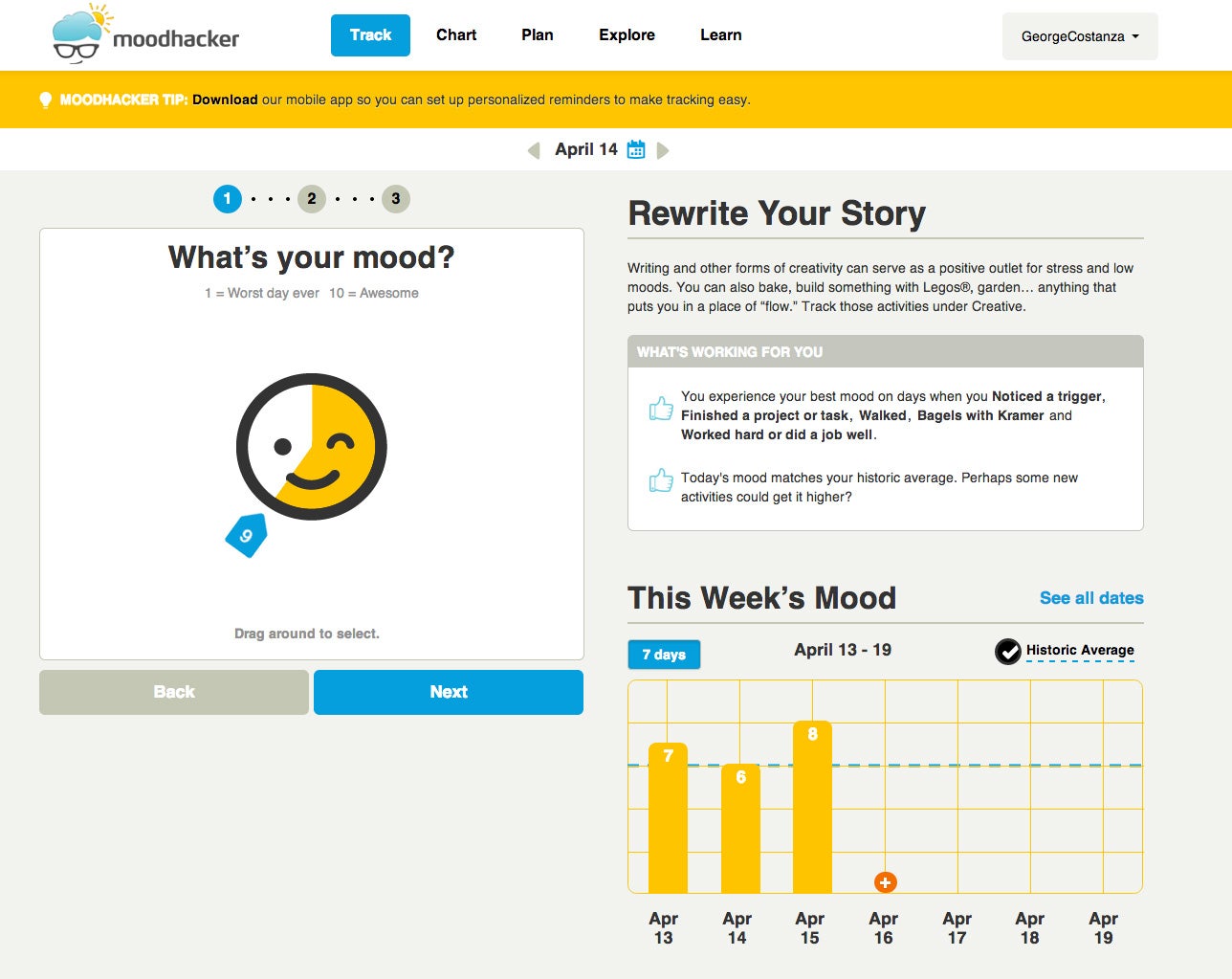 The service can also connect them with coaches through video, phone and in-app messaging. The coaches are Masters or Doctorate-level licensed social workers, psychologists, mental health counselors. Appointments for a crisis are same or next day, but usually within one to four days. In early 2015, Orcas plans to release a new mobile coaching platform called CoachHub that will provide users with round-the-clock access to health coaches and licensed counselors. The CoachHub counselors will either be affiliated with the sponsoring organization (like Chestnut) or provided by Orcas.

So far, the Moodhacker program is being distributed to workplaces by Illinois-based employee assistance firm Chestnut Global Partners. The app is currently being tested at an unnamed Fortune 100 manufacturing company that is using it with a volunteer cross-section of its employees. The test began in June. 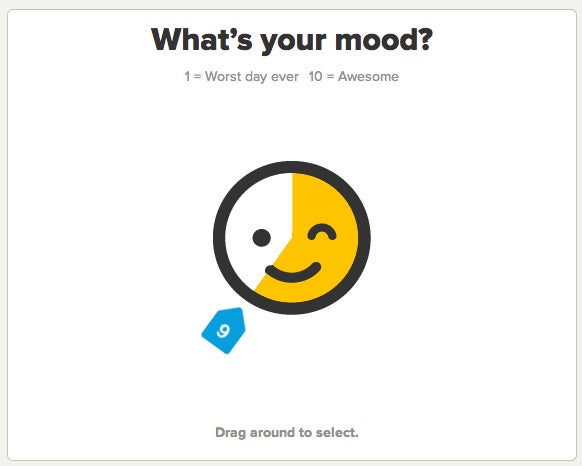 Related: For a More Productive Office, Appeal to the 5 Senses (Infographic)

Participants in the test group are mostly male with a 40-plus average age and have taken to using the app quite quickly, according to Chestnut Global Partners VP of Sales Tom Shjerven and Orcas CEO Michael Mulvihill. The executives noted that the Fortune 100 company was an ideal testing group because of its supportive HR department and presence both in the U.S. and abroad.

The obvious question is one about privacy. While it's all well and good to have employers looking out for the health of their staff, how much should they really know? Orcas says companies aren't able to see the names of any individuals – they only see "aggregated and de-identified data from employee participation" – as well as metrics like app engagement and retention, and stats around depression symptoms, productivity, employee well-being. 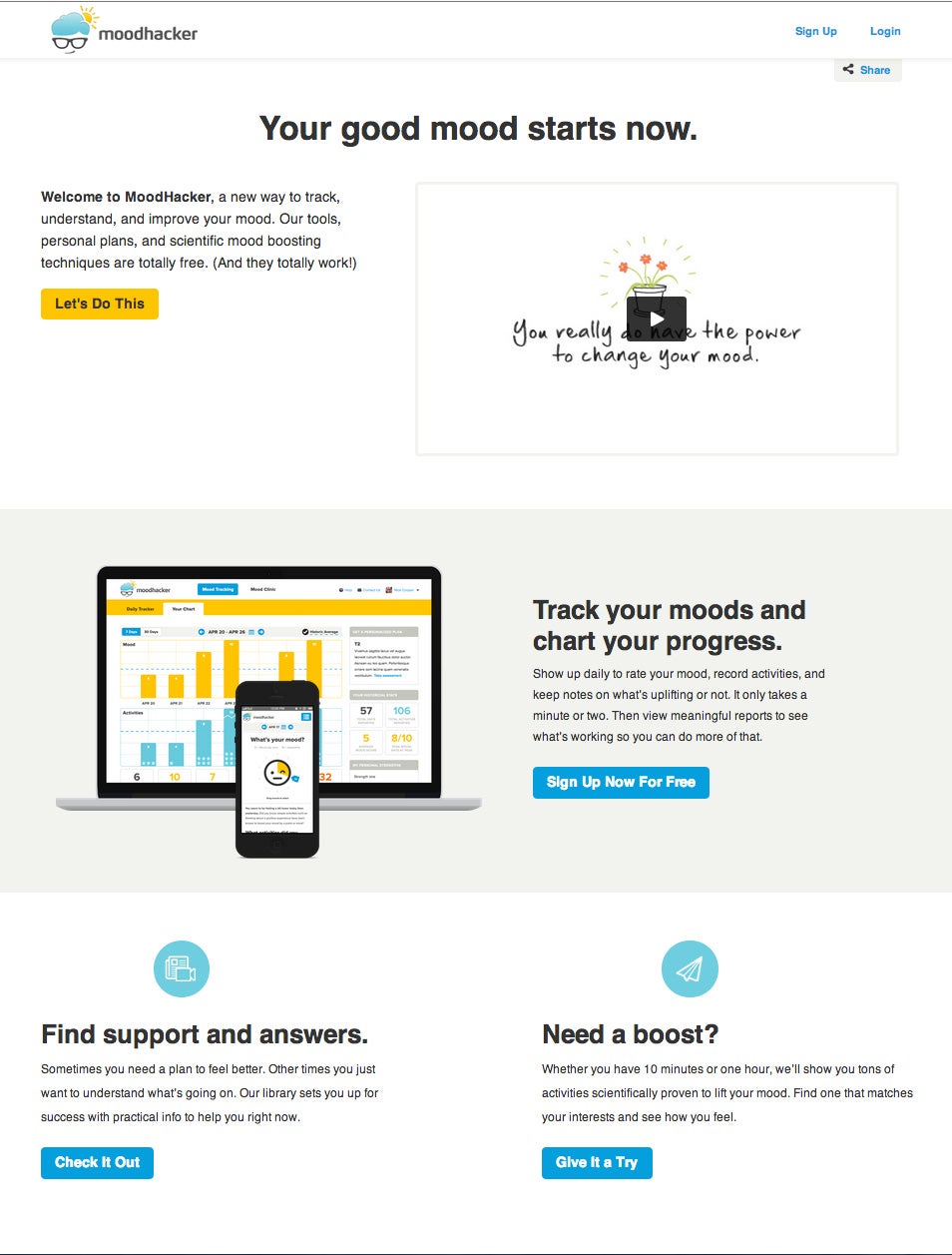 Related: What's Really Killing You (and It Isn't Ebola)

Mulvihill views the program as a positive and non-stigmatized approach to dealing with depression, describing it as a "mobile self-management intervention tool." Though he could not share the number of users at this time, he said the feedback about its usability "has been largely been positive."

Shjerven says that MoodHacker provides more opportunity to connect with employees who wouldn't necessarily reach out to them through more traditional means, like phone or face-to-face counseling, either due to an infrastructure that makes it difficult to seek out one-on-one help, or their own personal feelings on the subject. "[The question is] how do we draw more lines to individuals that need ongoing support?"

Related: 4 Fit Tips for Entrepreneurs to Stay Healthy on the Road

Going forward, Orcas and Chestnut hope to see the program implemented in a broad range of environments from very small family-owned businesses to large multinational companies. Mulvihill says Moodhacker will stand out from the other health apps on the market because "we have the scientific validation…and a whole person perspective."

He and Shjerven agree that the emphasis on well-being across the board, not just physically, mentally/emotionally, and within an entire community is what will set them apart.