Developing Nations: Why Bahrain Should Not Follow The Singapore Model

"If I have to choose one word to explain why Singapore succeeded, it is confidence." Lee Kuan Yew

Let's make something clear from the very start: Singapore is a successful country and a shining example of how determination, hard work and tenacity can literally transform a country from third world to first in just one generation. I am a huge fan of Lee Kuan Yew, Singapore's founding Prime Minister. He, and the People's Action Party (PAP), ruled the country for over 30 years. He stepped down back in 1990 but has remained active in Singaporean politics ever since. The PAP is still very much in charge, led by his son and current Prime Minister Lee Hsien Loong.

I read Mr. Yew's From Third World to First, The Singapore Story during summer vacation in Germany back in 2012. I could not put the book down. I think I read the 700-page book in less than two weeks. I underlined several parts of it, and made notes in the margins. What I particularly admire about the Singapore model is that even though the odds were very much against them, they managed to build a nation. It was a small country surrounded by some hostile countries and ideologies, with no natural resources to speak of, and a racially fragmented and divided population speaking multiple languages. Yet they built a nation that is the envy of the world.

I really admire that. Mr. Yew and the PAP are not perfect by any means, but their track record speaks for itself. They delivered. What I particularly liked about Mr. Yew's approach in building the nation was that it was based on pragmatism, not ideology- a notion I share 100%. For anyone interested in politics and development, reading Mr. Lee Kuan Yew's book is a must. I would make it compulsory for all senior officials. 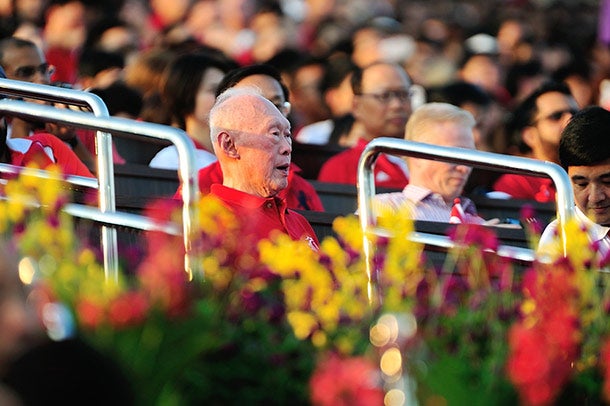 The Singapore model is so successful that many countries have tried to emulate it, or at least parts of it. One of those countries is Bahrain. If fact our very own Economic Development Board (EDB) idea was taken from Singapore. A Singaporean was even considered to run it.

So of course this begs the question, "Why shouldn't Bahrain follow the Singapore model?" The answer is plain and simple. Singaporeans aren't happy. In the book, the former Prime Minister acknowledges that "it will take another generation before our arts, culture, and social standards can match the First World Infrastructure we have installed." One might argue that the price paid by everyday Singaporeans was too high. One might ask what's the point of all this development if it does not lead to happiness?

I last visited Singapore this summer. I went with my wife and children on family vacation. This was my third visit, and each time I'm impressed with how advanced, clean and beautiful the country is. But whenever I visit a country, I make sure to speak to the locals; from taxi drivers to business people. During the trip I heard over and over again how hard, expensive and competitive life in Singapore is. I asked a friend about her thoughts on whether the PAP could continue winning elections in the future. She told me that "Lee Kuan Yew ruled with an iron fist, but he earned the people's respect. His son has not earned it as much as his father had." One of course should not discount the current Prime Minister's vast experience, but it's unfortunate that his father has such a large shadow. It covers swaths of Asia. The reason I asked my friend this question is because the PAP, though still very much in control, has been losing some seats in every round of general elections. So there may come a day when they actually find themselves out of office. 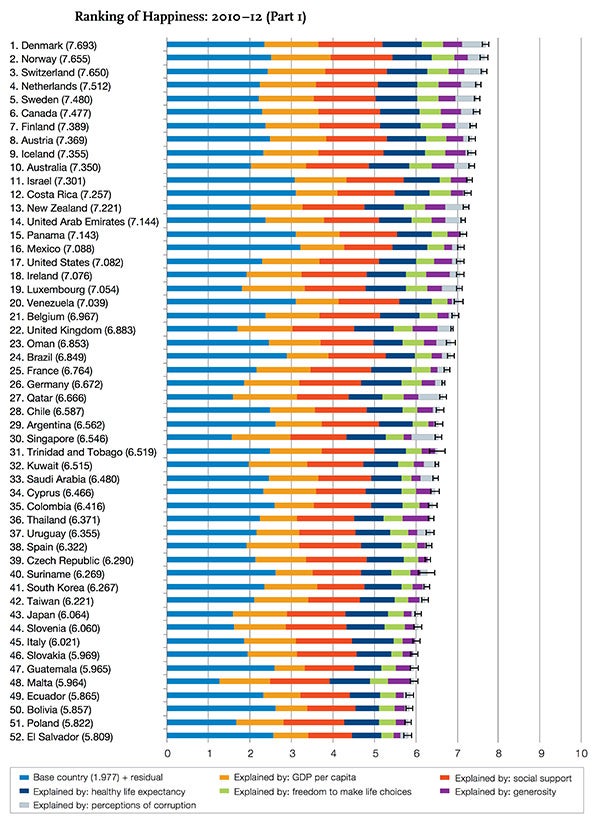 According to the World Happiness Report 2013, Singapore is the 30th happiest nation in the world. That's not bad by any means, but hardly stellar considering how much the Singapore model is lauded around the world. (Incidentally, Bahrain ranks at number 79, right after Libya and before Montenegro). My contention is that a country should not pursue development and growth for their own sake. Every human being's ultimate goal is to be happy.

So a country's ultimate goal should be to make its citizens happy, and then develop its long-term plans based on what would make that happen. 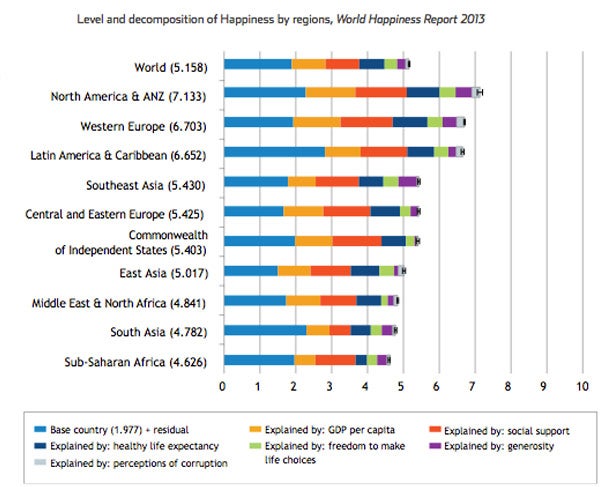 A developing country would do well to analyze these 10 countries, and adapt certain elements and create its own unique model. I want to emphasize this point, we cannot copy a model completely; we have to develop our own model based on our own circumstances and culture. But the ultimate goal should be kept in mind, and we should constantly ask what will make the Bahraini people happy? A cursory look at the nations in the list above reveals that they are all mature democracies with a strong regard for human rights. The top 10 list have capitalist economies with a strong socialist bent -at least the European nations and Canada do- and they aren't driven by ideologies, instead they are driven by pragmatism. These countries have good education systems, but they do not overeducate their school children (unlike say the South Koreans, where school children routinely study 12 hours or more a day).

How Other Developed Countries of Note Scored

Just for fun, let's look at how some relevant countries scored:

Interesting, no? It's also worth noting that South Korea has the third highest suicide rate per 100,000 people in the world. Japan is number 8. This leads me to ask if we can consider their models successful? 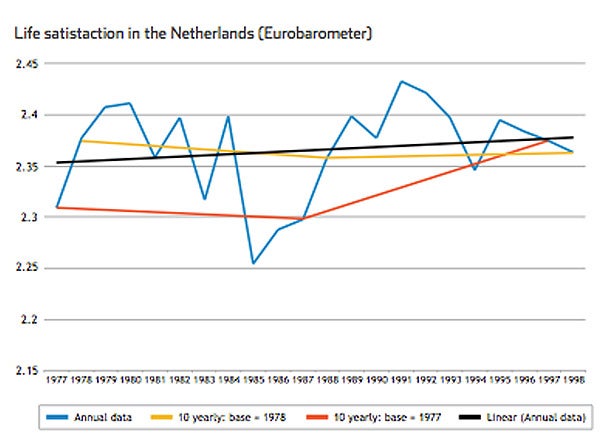 Happiness Should Be the Goal

The good thing about being a developing nation is that you can emulate the good in other nations. We're the adolescents of the world, and we can decide how we want to grow up, and who we want to immolate. And I say we should emulate Denmark, Norway and Switzerland, while still keeping the Singaporean model in mind. The Singaporean experience is too valuable to ignore. What makes it particularly interesting and appealing is the speed in which development was achieved. The other countries are mature democracies which developed over centuries. Bahrain has more in common with Singapore than the European nations. The ideal would be to develop a hybrid of the different models, while keeping happiness as the ultimate goal.

Yes, of course it can. Certainly the odds are against us when we consider the MENA region's instability, and Bahrain is weathering the worst political and sectarian crisis in generations, and our citizens are unhappy. Despite these significant hurdles, I think we can make it. We have some of the best human capital around, and despite the pervasive unhappiness, Bahrainis of all walks of life love their country. It's just a matter of time until we overcome the crisis, and start rebuilding our nation.

Sustainable Aid: Why The Fight Against Coronavirus Must Include Developing Nations

This Nonprofit Acts Like a Tech Startup. Why Don't More Nonprofits Do the Same?

This Investment Firm Is Insuring Families' Rise Out of Poverty