Innovation, Disruption And Growth: Now Is The Right Time To Invest In MENA's Tech Scene

By Fadi Ghandour October 22, 2014
Opinions expressed by Entrepreneur contributors are their own.
You're reading Entrepreneur Middle East, an international franchise of Entrepreneur Media.

Away from the screaming headlines about gloom and doom in the Arab world is the rarely told story of a trend whose promise is nothing short of transformative. The rise of the digital economy has, for the first time in decades, turned the region into the site of a remarkable market opportunity that, if tapped, would take it on an entirely new economic trajectory.

With a collective GDP of US$2.85 trillion, the Arab world ranks among the top ten largest economies; larger than that of India, Russia or Brazil. More than half of the 369 million strong population are under the age of 25, and the burgeoning middle class is young, educated and globally connected. Tellingly, over the past few years the levels of connectivity have been increasing drastically. Between 2007 and 2012, internet penetration jumped 294%, while mobile data traffic grew 107% in 2013, compared to 86% in Asia Pacific, 77% in North America and 57% in Western Europe. Moreover, the recent roll-out of low-cost affordable smartphones in emerging economies is sure to accelerate broadband penetration. Soon, social and mobile technologies will be within everyone's reach. 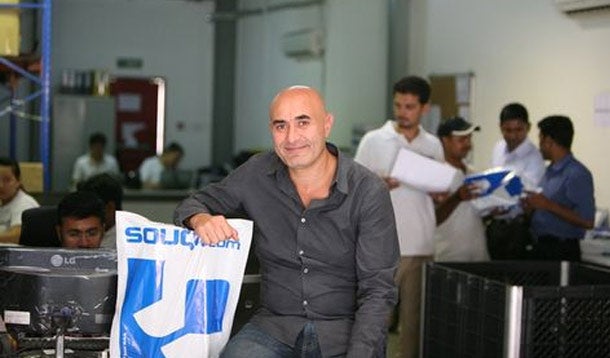 Through ever higher connectivity, entrepreneurial activity and easy access to technologies that are lowering the costs and barriers to starting a business, the Arab world is positioning itself as a hub for innovation, disruption and growth. In fact, entrepreneurial vigor is already palpable across various Arab cities, from Cairo to Amman, Dubai to Jeddah to even war-torn Gaza. Startup investments have actually tripled between 2009 and 2012. In co-working spaces, accelerators and university halls, there is a new breed of tech-savvy entrepreneurs who are building products and technologies that are catching up with global trends (digital content and e-commerce) or solving big problems (e-payments, ed-tech, health and green energy). PayFort and Telr are tackling head-on inefficient online payment systems to boost e-commerce, while Nefham, Edraak, Tahrir Academy and SkillAcademy are using the power of technology and MOOCs to make online education more accessible to Arab youth.

Startups are not just disrupting the education and payment sectors, but also a whole range of markets, from real estate (AqarMap and Property Finder) to food delivery (Foodonclick and iFoodi.jo) to digital and social media marketing (The Online Project) to online recruitment and job placements, (Akhtaboot and Bayt.com) to big data, (Eqlimi.com). One of the most interesting is Jamalon, a Jordanian startup that is set to disrupt the archaic Arab book distribution industry.

Digital Arabic content is actually one of the new economy's most high-performing industries. One study mentions that today's market size is in billions. Saudi Arabia ranks at number one globally in YouTube views per capita. UTURN, a Saudi startup that produces local, high quality online entertainment, has 286 million views so far. Similarly, Jordan-based creative company Kharabeesh has garnered, to date, around 365 million views and more than three million subscribers.

In fact, digital Arabic content has always been a fertile field for local startups. It is where the real potential of the tech scene first proved itself with the rise and eventual sale of Maktoob to Yahoo! in 2009. After the acquisition, Maktoob's founders created several new companies including Souq.com, now under Jabbar Internet Group. Maktoob is the story of one successful exit, that helped kick off e-commerce, which today is the region's fastest emerging market, surging from almost zero in 2008 to $9 billion in 2012. According to a study by PayPal, projections point to robust growth that could well reach $15 billion in 2015.

In the last couple of years, international and local funds have invested more than $250 million in the e-commerce industry. Leading investors, among them Naspers, Tiger Global Management, Rocket Internet, J.P. Morgan, Lumia Capital and Abdel Latif Jameel, have poured funding mainly into Souq.com, MarkaVIP and Namshi. Commonly referred to as the Middle East's Amazon, Souq.com, founded in 2005, raised a total of $150 million in financing, with the latest round valuing the company at over $500 million.

Yet access to funding is still one of the main challenges startup founders face in scaling their businesses, as indicated by a recent study published by Wamda Research Lab (WRL). According to the survey, of the businesses that received funding between 2009 and 2012, only 21% raised more than $500,000. With 36% of entrepreneurs mentioning the lack of sufficient venture investments as a major barrier to scalability, it is obvious that more startup financing is needed, and investments larger than $500,000 are a pressing priority. 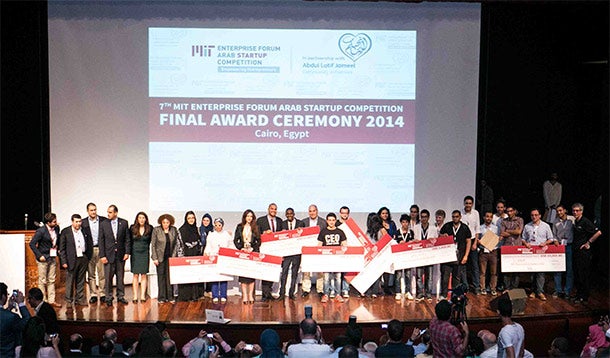 But it is a measure of the dynamism of the digital economy that it has been consistently delivering such an impressive performance in spite of the hurdles. For example, the response from the young startup investment landscape has been rather swift. Among the leaders in this space are incubators and accelerators, such as Oasis500, Flat6Labs and Gaza Sky Geeks, as well as early stage and venture capital funds, such as MENA Venture Investments, DASH Ventures, BECO Capital and iMena. Wamda Ventures is launching a scalability fund focused on growth companies in the internet space. Similarly, Middle East Venture Partners (MEVP) and Silicon Badia have launched funds focused on the same industries.

There are also corporate funds investing in the region's tech sphere, such as MBC Ventures, STC Ventures and Vodafone Ventures. In parallel, in countries like Lebanon, the Central Bank has allocated $400 million to guarantee up to 75% of Lebanese banks' equity investments in SMEs, incubators, accelerators and funds.

Significantly, the momentum is not only regional. Rocket Internet and MTN's recent partnership to invest around $400M in e-commerce, as well as 500Startups' active investment in outfits in Amman and Dubai are just two examples of growing international interest in local tech opportunities. At the same time, the Arab expatriate community in Silicon Valley has been playing an active role in bridging the Middle East and U.S. markets. TechWadi, for one, is leveraging its network to connect the region's startups with U.S. mentors, capital and accelerators.

Moreover, according to WRL's mapping, since 2008, there has been a sharp increase in the number of institutions supporting entrepreneurs in the Arab world. Currently, there are over 140 organizations actively working with regional startups. Wamda, Endeavor, Dubai SME and MIT Enterprise Forum Pan Arab Region have facilitated access to knowledge, networks and new markets.

The Arab world's rising digital economy is dynamic, exciting and ripe for exponential growth. It is the right time to invest in it. Supported by patient capital, Arab startups will run with every opportunity. There will come a day when the next Alibabas will emerge from the Arab World, and if players pool their capital, resources and networks to support the rising generation of tech entrepreneurs, that day will come sooner than we dare hope.

5 Reasons Every Entrepreneur Should Invest in Real Estate