By Fida Chaaban November 24, 2014
Opinions expressed by Entrepreneur contributors are their own.
You're reading Entrepreneur Middle East, an international franchise of Entrepreneur Media.

People discussing Steve Jobs often mention that he started from nowhere, with practically nothing. They allude to him working out of a garage, and then they rehash how he bravely went against the established grain. The aspect that they don't focus on when analyzing the late visionary's career? That even at the very beginning, Jobs was based in a developed nation, with all of the benefits that only a developed nation can afford an entrepreneur. Like infrastructure. Like technology. And yes, like being surrounded by a wealth of human capital ripe for the picking. That isn't to say that Jobs wasn't brilliant- it's an acknowledged universal truth that he was one of the greatest thinkers of our time. But when you're based in a "first world" country –to use an outmoded term- you don't need to worry as much about big things like logistics, resources, and communication.

When you're operating out of the United States of America, you really don't have to hustle as hard as you would when starting up in a developing (formerly, and inappropriately, referred to as a "third world") nation. Much like Jobs, billionaire business magnate Yusuffali M.A started up in one room with one telephone –it had a rotary dial-shared with a few of his trusted pals, except that the one room was based in the middle of nowhere in the then-desolate United Arab Emirates.

The Managing Director of the now-globally known EMKE LuLu Group didn't have a lot of infrastructure to work with when he set out to begin doing business in Abu Dhabi. Heck, he didn't really have much in the way of actual paved roads, and he was using a Telex (the height of communication) to arrange his international affairs. 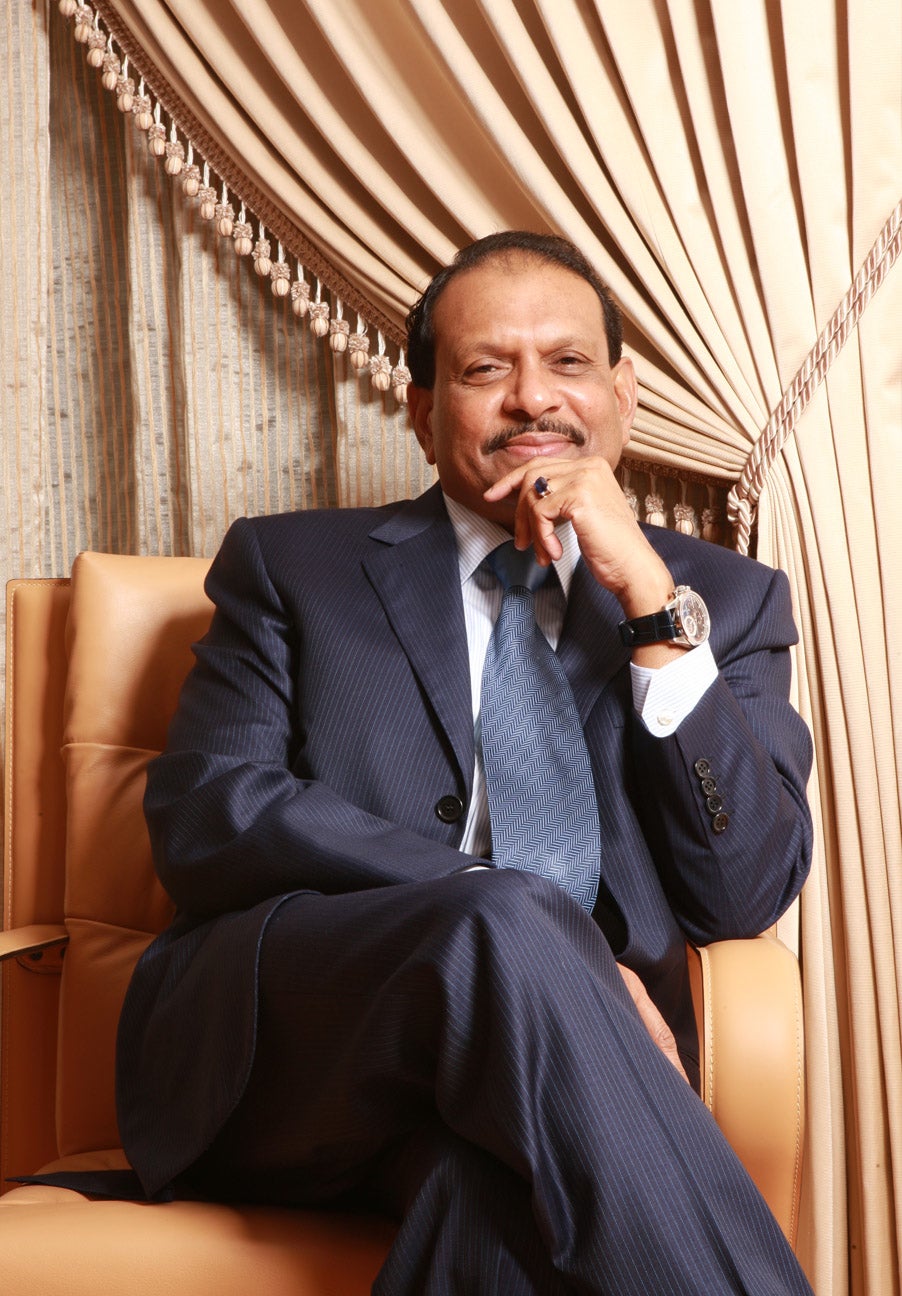 "I joined the family business in Abu Dhabi in 1973. Traditionally, I hail from a business family of Kerala, India. Many in my family had migrated to pursue new opportunities, and some of them to new countries mainly in the Gulf and the Far East, so I guess it's in my blood to explore. I must say I had a very rosy picture of UAE, and that definitely came crumbling down upon my arrival here. I was warned about the difficult conditions of UAE at that time, and I was prepared to go the hard way, but imagine a youngster coming from India to a foreign country -encountering barren land, a desert- basic amenities not being there, hardly any roads connecting to speak of, electricity being very scarce.

It was a very hard time initially. Abu Dhabi was all of two roads; none of the glitz and glamour that you associate UAE with today. The entire country was just coming terms with the discovery of oil, things were just moving ahead. Forget what shape the country is in today." So when you sit down to talk to the animated man behind the mammoth empire that encompasses everything from FMCG to hotels, know that you can expect him to be unruffled, quick on his feet, and pretty set in his ways. He's a man of dedication, and that dedication permeates much of what he does- from his vast empire of operations to his lifestyle.

Yusuffali does, without fail, get off of a flight and do a 30-minute regimented workout. And he does, without fail, stick to his standby trusty Nokia 6230i- Yusuffali doesn't use a snazzy smartphone simply because his Nokia "does what it's supposed to do: facilitate talking!" Can a Forbes-lister like him be described as "salt of the earth"? Perhaps not since he's rumored to be an avid collector of timepieces, and his waterfront property in Cochin is reportedly 62,000 square feet. So while he comes across as humble and espouses the simple mantra of hard work paying for itself in dividends, Yusuffali isn't exactly the Spartan, austere type.

He is the family type, though. His roots in Kerala are frequently mentioned, and being some- thing of a celebrity at home, anonymity is hard to come by. He enjoys a good comedy once in a while, and sneaks into the movies with his wife at one of his multi-use projects after the lights are dimmed. The eldest of three brothers tries when- ever possible to attend family occasions and weddings, and he's addressed as "Bhai" by his staff, a term of endearment translating to "brother".

Most of his upper management has been with him since inception, four decades of loyalty, and the team of executives are even entrusted to speak on his behalf. "I've empowered them to make decisions. They are absolutely able to handle everything." 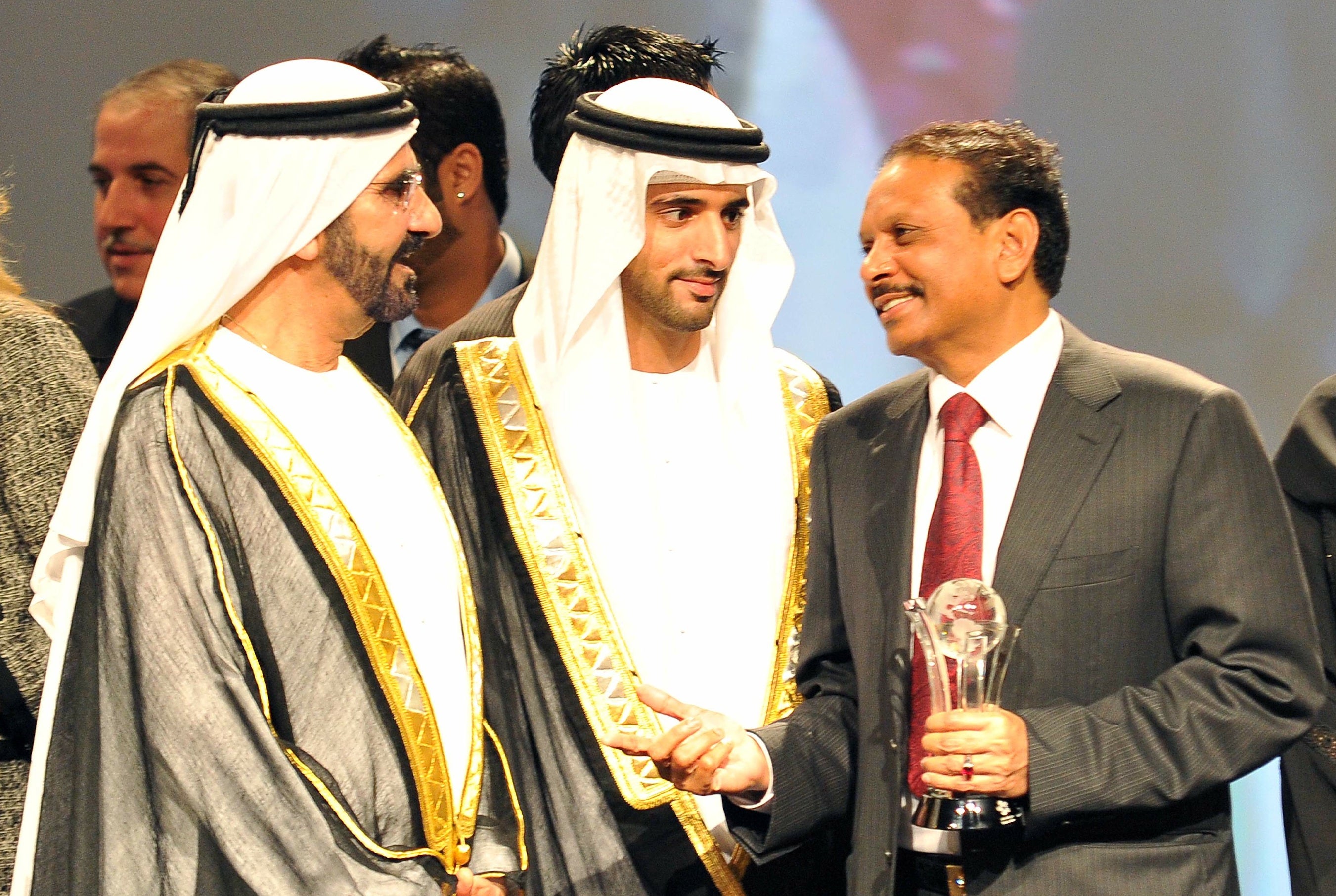 EMKE Lulu Group as a company boasts an extremely low turnover rate- there is no revolving executive door on Yusuffali's team. As a strategy, the top management are rewarded and retained, and the MD is firm on the value of the Group's human capital: "Good talent grows with the company, you work hard you are rewarded, and not just monetarily: there's new markets, new roles, new responsibilities, and new categories of business. Our CEO, Saifee T Rupawala, has been with the Group almost since day one. When we started, there was only a few of us, and we were all sharing a table." These same top executives were at one point personally unloading cargo, in honest to goodness startup style. So yes, Yusuffali's net worth is reportedly at a cool US$2 billion, but he's put his nose to the grindstone over the years, and that handful of executives that started with him are still with him except they're no longer the startup they once were.

He considers UAE another home, and says that while the Gulf state's market may be considered saturated by some, there's always a niche problem to solve or a window of opportunity to exploit for new business- and he maintains it is easier to do now than it was back then. "It was harder at that time, 40 years back, hardly out of your 20's- you want a vision, a guiding light, to keep you going. Against all odds, what kept me grounded in UAE in the initial days, was that I had to succeed. I told myself I must succeed."

On the subject of guidance during his youth, Yusuffali says that while he comes from a family of active businesspeople, his greatest influence was his grandfather. "He was my mentor in business, because growing up I spent more time with him compared to any other adult in the family; he initially groomed me for nuances of business, and in general about life. If I consider someone as a mentor, it would be him, and he would say that the key to success remains 'hard work, honesty, and dedication.'"

Throughout the conversation, Yusuffali peppers his business advice with reminisces of first starting out, and how he steeled his will. "It was one of the most challenging experiences of my life- being a young man with not much experience in what to do. The only thing that kept me going was the advice that my grandfather gave me, 'There are no shortcuts to success. There is no country in the world that doesn't respect a hardworking person.'" No country indeed, since he has created a conglomerate operating in three continents with a new base in Sao Paulo, Brazil. Yusuffali started out by "importing and exporting of food and non-food products from Western countries and other countries, though today our flagship business is retail hypermarket and supermarket. I still consider my meat processing business and food processing to be very close to the heart." 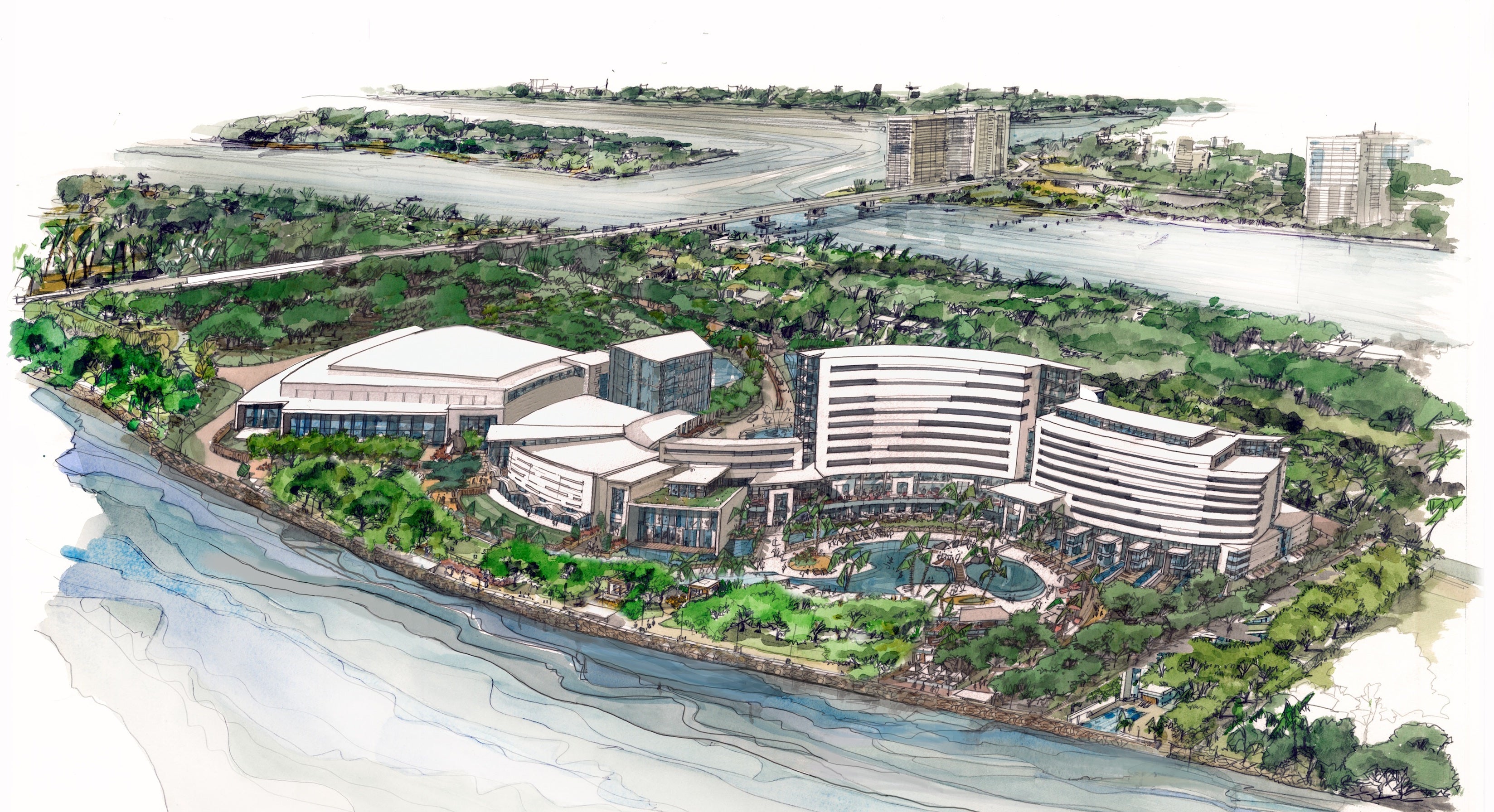 While he admits that it's also the most care-intensive of the Group assets, with rules and regulation for food safety being of paramount importance, it's got a special relevance to the entrepreneur. "We, as a Group, have invested heavily in setting up two state of the art facilities for storing and supply chain, following the best practices in the world. The first was in Abu Dhabi, and a few months later in Dubai. Food procurement and supply being my first business in my career, I was very closely associated with almost all stages of development of these two logistics centers. From design to hiring the key executives to run them, to even the software."

A Type-A personality, his six factories in India are exporting to 47 countries at last count, many of these being emerging markets with an extremely healthy appetite for his products. Developing a house brand was one more step towards profitability for the Group, and it also served to keep prices at a customer-pleasing low. By sidestepping the middle man, Yusuffali and his team managed to maintain market share and still retain all-important customer trust. "The retailer is the last link in the chain, yet when prices go up the retailer is the one held accountable," he adds, discussing the client-facing relationship goods purveyors point out. Sensible tactics overall permeate the discussion, but there are a few measures that indicate Yusuffali's penchant for risk- despite the fact that he largely sticks to stable methodology. 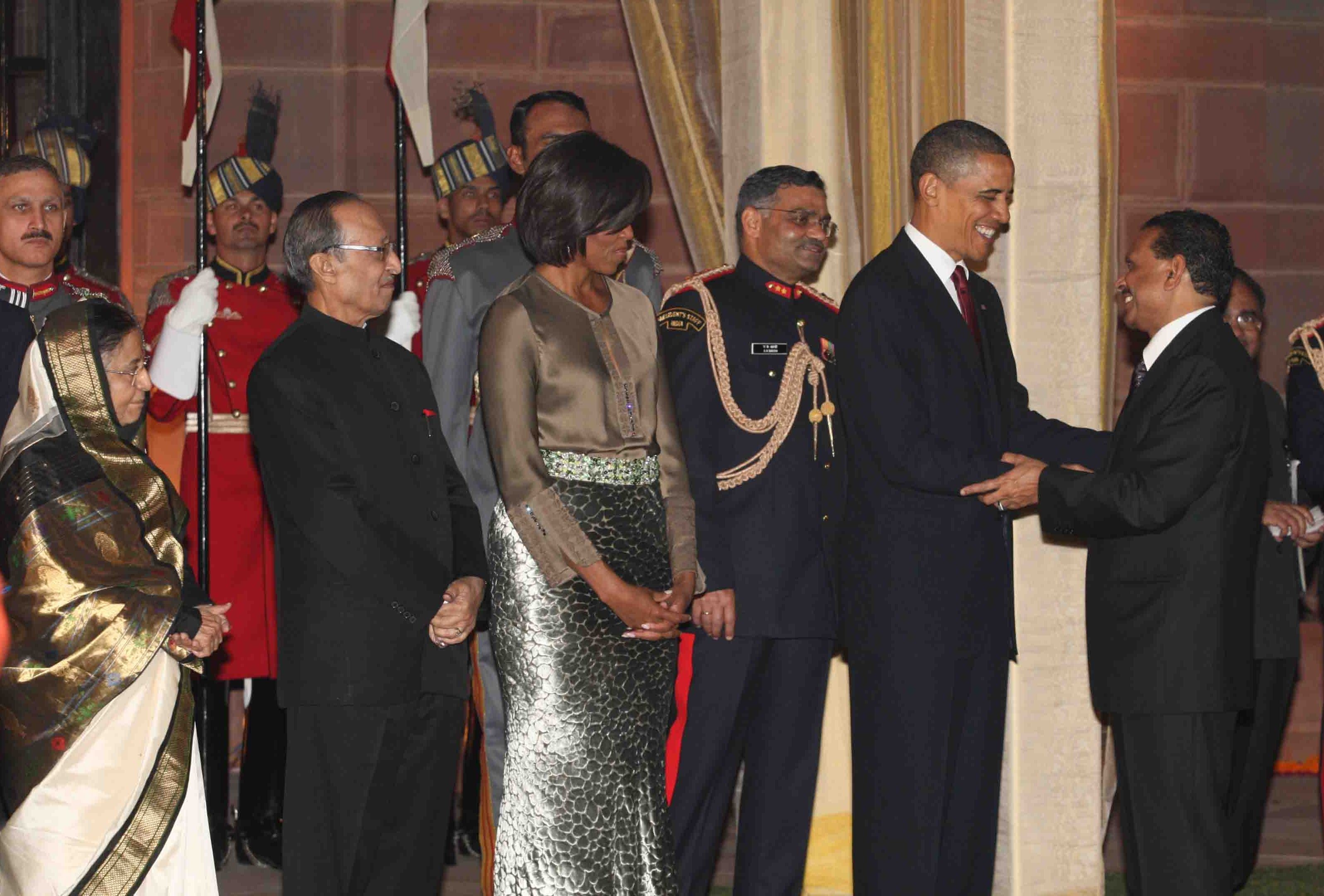 "It's a cliché to say that I am not a risk-taker, every business has a risk-taking element. The one thing I would say is a risk in my career? I opened my first LuLu store in 1990 at the height of the Gulf War, on airport road in Abu Dhabi. A few years before or after wasn't a risk, but that year it was extremely so." It was during that crucial period that a real bond was formed with the leaders of the UAE, and with the community as a whole. "The expat population was talking about pulling their money out and fleeing the region! I thought to myself that this is my business, and I have invested so much in it, and in the community. I decided to stay and go ahead." Stay he did, and a lifelong bond was formed on professional and personal levels as both the public at large and the government recognized his commitment to the enterprise space in the country, and being a real, integrated part of the community in both good times (like during the oil boom), and potential bad times (like during an all-out regional catastrophe).

It's often the case with these types of huge success stories that there is a pivotal moment when a die is cast, and it changes the course of a business and a lifetime forever. This may have been Yusuffali's moment, his leap of faith and the boldest move of his youth, subsequently laying for the foundation of his conglomerate's global launch pad. 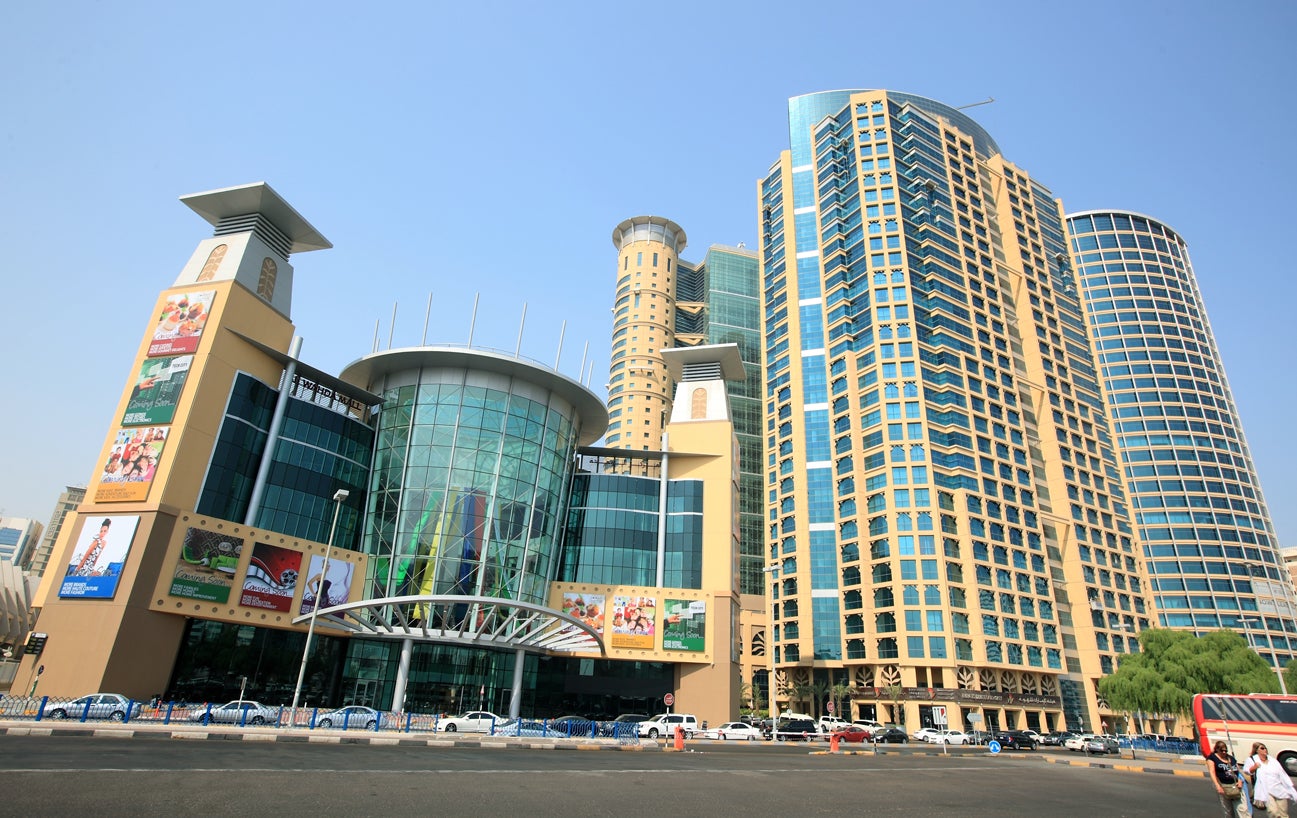 Staying Power: Acknowledging Commitment (And Follow-Through) Is Just As Important As Meeting Targets