By Peter S. Cohan January 15, 2015
Opinions expressed by Entrepreneur contributors are their own.

Over the years, I have heard hundreds of startup tales. But the story of how the son of a Hong Kong construction worker found his way to Berkeley, Calif., and then managed to lead one of Hong Kong's hottest startups is the best I've heard.

Last week Steven Lam met with my Babson College MBA students and me in Hong Kong to speak about his journey from a lower-income family to head GoGo Van. His fast-growing startup bills itself as the Uber of delivery vans and has raised $17 million in venture capital.

Born in Hong Kong, Lam is the son of a construction worker. He flunked a high school entrance exam and members of his family worried about his future. He thought he could learn from this failure and do better the next time.

His family members thought Lam should just follow his father's path and do construction work. But Lam was not excited about that lifestyle, since his father left for work before Lam woke in the morning and returned after he was asleep.

Lam decided to go the United States, accepting an invitation from an uncle in Los Angeles. He had no money but lined up a job working in a Chinese restaurant and was able to make enough money to attend a community college. He did so well that he transferred into the University of California, Berkeley and graduated in 2010 with a degree in business.

Along the way, he used his experience speaking to restaurant customers to strengthen his English skills.

He also developed his entrepreneural skills, buying first-generation iPhones, searching online for instructions about how to unlock them and reselling them on eBay. He also fixed computers for free, telling clients that he was struggling to pay for tuition and then asking for donations.

At UC Berkley, Lam loved participating in case competitions with engineers and designers.

Lam returned to Hong Kong with a business idea. In the United States, Chinese restaurants put leftovers in printed boxes that he delivered for his restaurant job. But in Hong Kong, the restaurants used styrofoam boxes with no lettering. Lam's idea was to put stickers on the takeout boxes that would advertise products. He lacked the capital to do this in the States so he returned to Hong Kong to try out his idea there.

He bought 4,000 of these lunch boxes and created stickers to affix to them with ads that he created, offering companies free advertising. His company gained momentum over nine months. Every day he did deliveries, starting at 6 a.m. But he had to halt delivery of the lunch boxes every few days because of his limited capital and lack of storage space.

He also lacked the capital to buy his own delivery vehicles so he used a call center to arrange deliveries. This system was terribly inefficient: Hundreds of call centers used radio frequencies to reach drivers. The drivers were always late and consequently clients like Lam lacked control over their businesses.

Lam was so frustrated that he walked out of his office, went to the street and started talking with van drivers and asked if he could pay them to make his deliveries. This was the beginning of his research into how call centers controlled the van-delivery ecosystem.

As Lam tells it, he discovered that the biggest call centers controlled more than 3,000 vehicles and charged drivers monthly subscription fees and left them without the ability to set their prices high enough to cover their costs or set their schedules. The drivers had no bargaining power and were at the mercy of the call centers that competed with one another on price, according to Lam.

Lam decided to get rid of his delivery business and build a system to eliminate the middlemen. This marked the genesis of GoGo Van. Samsung let him to build a mobile app for the drivers. He did that and taught them how to use it, spending early mornings talking to drivers and building a database of their phone numbers that they would display on their windows. That way police would call them to move their vans when parked illegally doing a delivery.

He also put flyers on the windshields of drivers when they parked the vans and converted 2 percent of them to using the app. Over the course of three months, he built a database of thousands of drivers.

His business was not about the idea. It was about the team and workers' shared passion to build the business and expand it.

In the process of raising capital, he discovered that people would gladly steal his idea. "Business is a battlefield," says Lam. "It is not a nice place. All the people you talk to have their own agenda. Any deal terms can screw the whole company. I had a potential investor with money. I told him everything and he screwed me and became my biggest competitor."

But Lam is squarely focused on the future. "My eyes look in front, not behind," he says. "We do our best. We create our own way. The other guy creates pressure for us to improve."

Explains Lam: "Execution is key. Copying can be done overnight. There are no limitations. Nothing can stop you from building your own dream."

The biggest takeaway for American entrepreneurs is to be fearless and humble in the face of challenges. 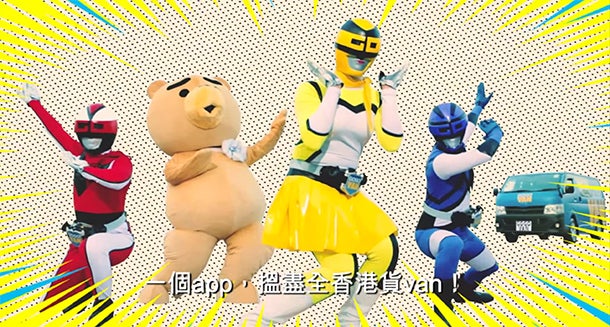