It's hard not to be taken in by the enthusiasm resplendent in Ali Al Amine's new venture, FitRepublik, the latest entry in Dubai's burgeoning health and fitness industry. But do not dismiss FitRepublik off as just another gym in Dubai- because it is, really, a whole lot more than that. Located in Dubai Sports City, FitRepublik is a state-of-the-art sports facility that spans over 100,000 square feet and acts as a one-stop shop for a variety of disciplines that include functional training, strength and conditioning, mixed martial arts (MMA), gymnastics, swimming and more.

As the Managing Director of FitRepublik, Al Amine was understandably excited as he talked about the facility, which, at the time of this interview, was only a few weeks away from its official launch slotted for this month. As Al Amine sees it, FitRepublik will stand out not just for being a world-class sports center, but also for being a community-driven enterprise that caters to, well, everyone. Al Amine stated that while FitRepublik has left no stone unturned in its attempt to be seen as an elite environment, he was, at the same time, very emphatic in his insistence that the facility is not just for an elitist crowd. 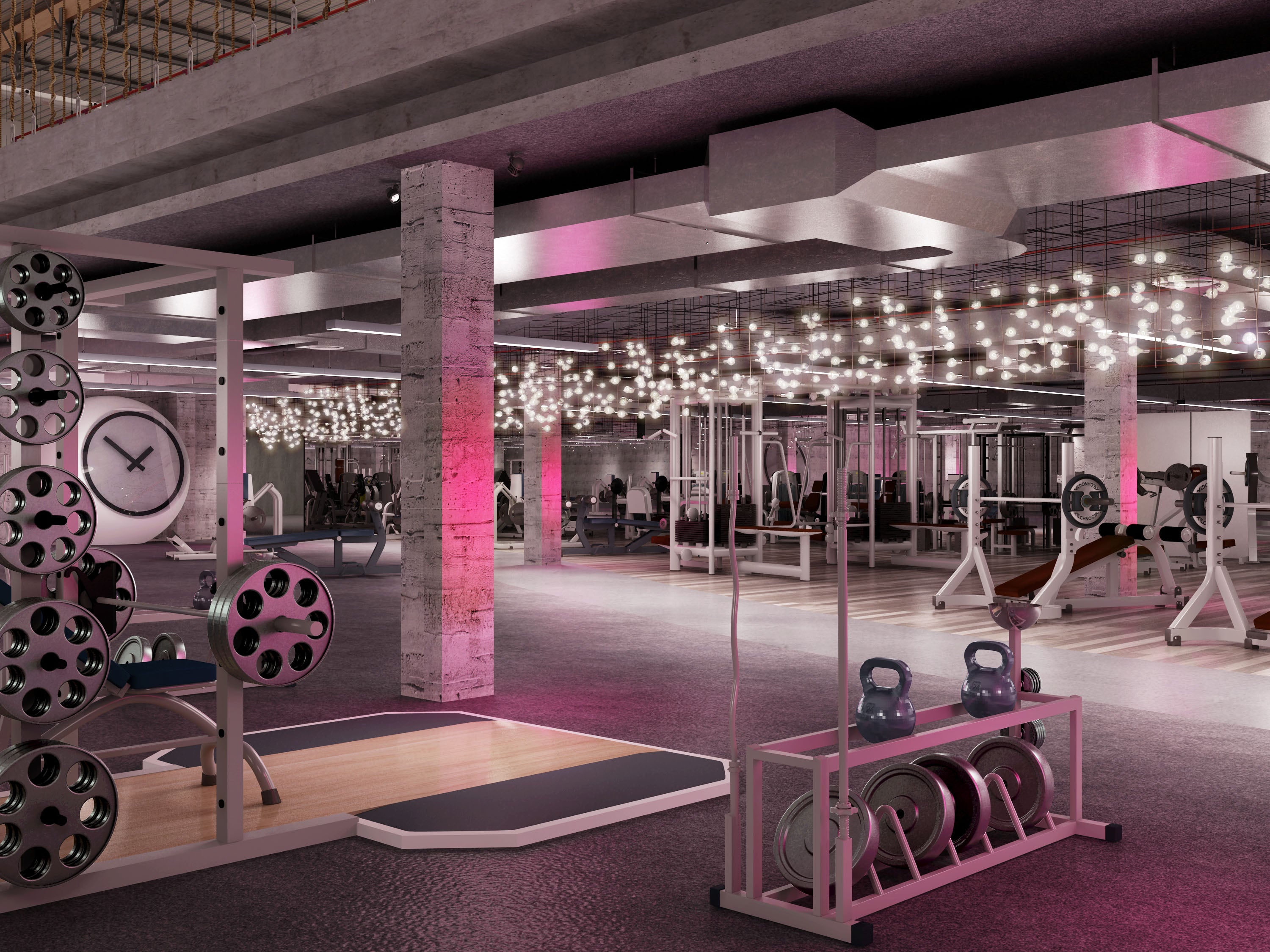 "I think FitRepublik is not an intimidating place," Al Amine said. "That's the most important component. Because, usually, [places like] gyms, for some reason, intimidate people. Because you think, in the back of your mind, that you need to fit to be fit. This is definitely not that kind of a place. If you feel you're not fit, then come to FitRepublik, because that's where you'd fit." But that's not to say that FitRepublik isn't a good place for fitness enthusiasts, professional athletes and the like- on the contrary, this kind of clientele is served just as well as anyone else by this world-class facility and its workforce of more than 100 people, which includes coaches who are Olympians and international record holders.

And getting FitRepublik to cater to this kind of diversity is something that Al Amine and his team have tried very hard to achieve with the facility's set-up and operations. "FitRepublik houses the diverse spectrum of including every potential person, because we believe fitness is relative to one's self," he explained. "We don't benchmark except onto our individual customers. Your aspirations are your aspirations, and we believe that if we can make you a better version of yourself, then we have succeeded, and you have succeeded as well. You're happy, and we're happy. So rather than us come and tell you what you should be doing, you tell us what you'd like to do, and we will partner with you to help you realize your objectives. That's a very big component of our story." 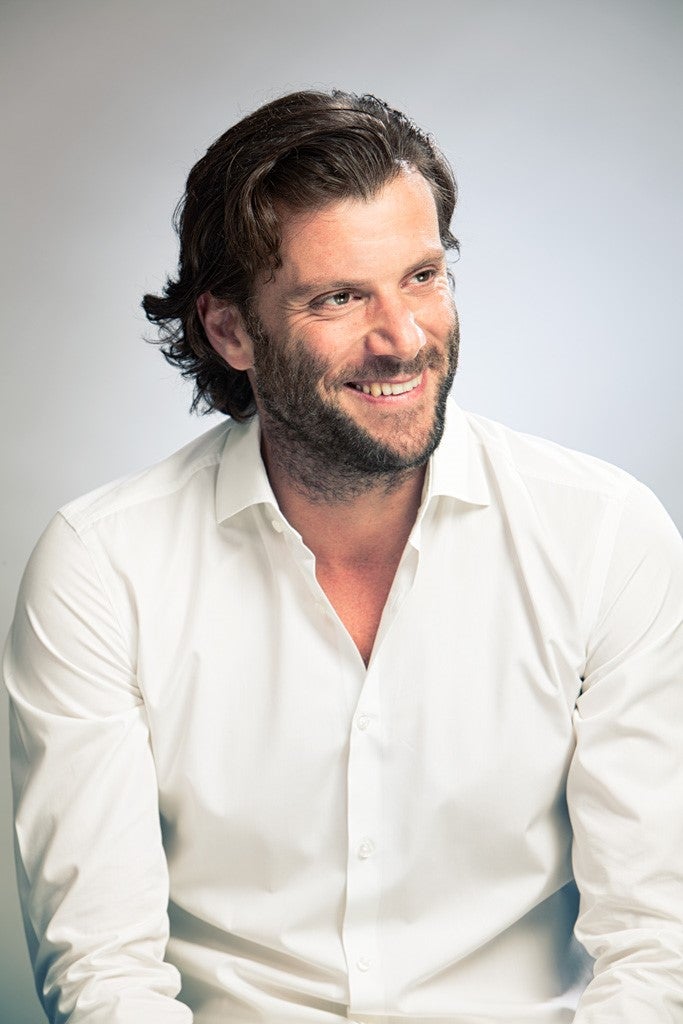 With this idea in mind, FitRepublik has been designed as a quality environment that caters to the fitness needs and interests of both adults and children, while also playing host to supplementary facilities that include a retail store selling fitness and exercise-related products, accessories and dietary supplements. In addition, FitRepublik has collaborated with "foodie nutritionist" Nathalie Haddad to build an in-house cafe? and kitchen within the facility that will specialize in producing and serving healthy, nutritious meals that will be mindful of each FitRepublik member's training goals and personal preferences.

Given the features it boasts of, it may seem a little curious that while Al Amine calls FitRepublik "a place for everyone," he also notes that every individual that becomes a member of the facility also gets a customized plan in line with his/ her interests and goals. These two things may seem to be at odds with each other, but that's where the FitRepublik backend shows its mettle. "We have invested heavily on our infrastructure from an IT perspective, which enables us to service people subjectively," Al Amine explained. "What I mean by that is that when you join FitRepublik, we are capable of identifying for you a tailor-made membership… We take your psychological likes and dislikes into consideration, and from there, we go on to your physiological capacity: your age, your strength, your capabilities, etc. And then, from that, we figure out what is the best membership for you- so that technology enables us to develop a customized program for each individual." 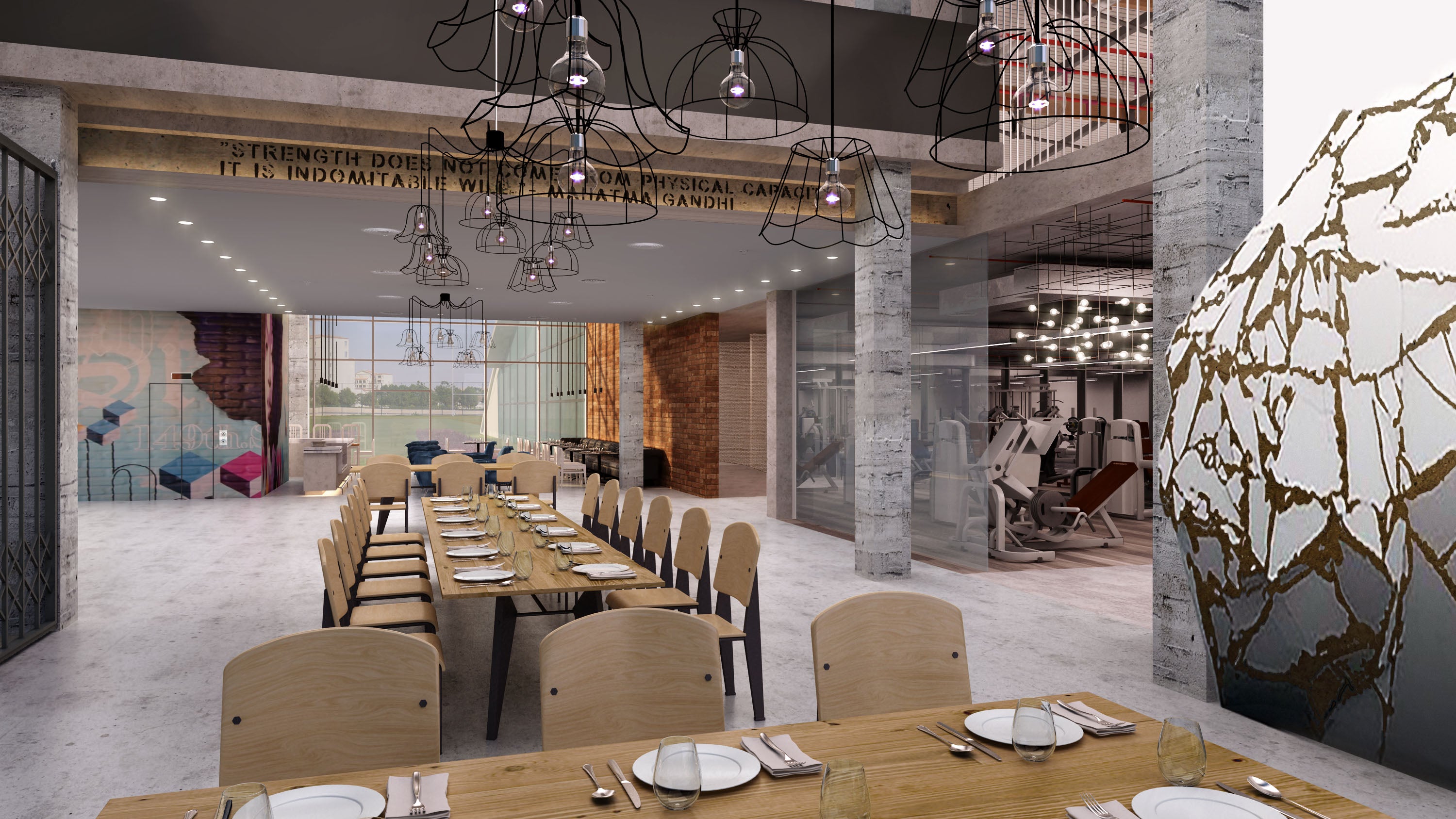 Al Amine's ease when talking about the technology aspect of FitRepublik is reflective of his background in the technology sector- in addition to his role at FitRepublik, Al Amine is also currently the Consumer Channel Group Lead for Microsoft Corporation in the Gulf. When asked if he was worried that his new entrepreneurial venture would interfere with his existing job, Al Amine said that he didn't expect such a scenario to happen. "There's no crossing over of these two things, as they are two independent subjects," he said. "I am in love with my job at Microsoft, and I am equally in love with my opportunity as an entrepreneur. Dubai is an economy that provides an opportunity for people like me to be both. So… happy days!"

Al Amine also noted that Dubai was the right place for an enterprise like FitRepublik to happen. "Dubai offers [a kind of] greenfield infrastructure, where you find it very easy to open a company, to recruit people, to set up your business, to market your business, to create a word- of-mouth and social environment around what you do in a very pleasant, easy way," he explained. "The barrier to entry is much easier in this part of the world, because all the foundations are all laid down in place. The economy is also a rich one, and so that also helps a lot." 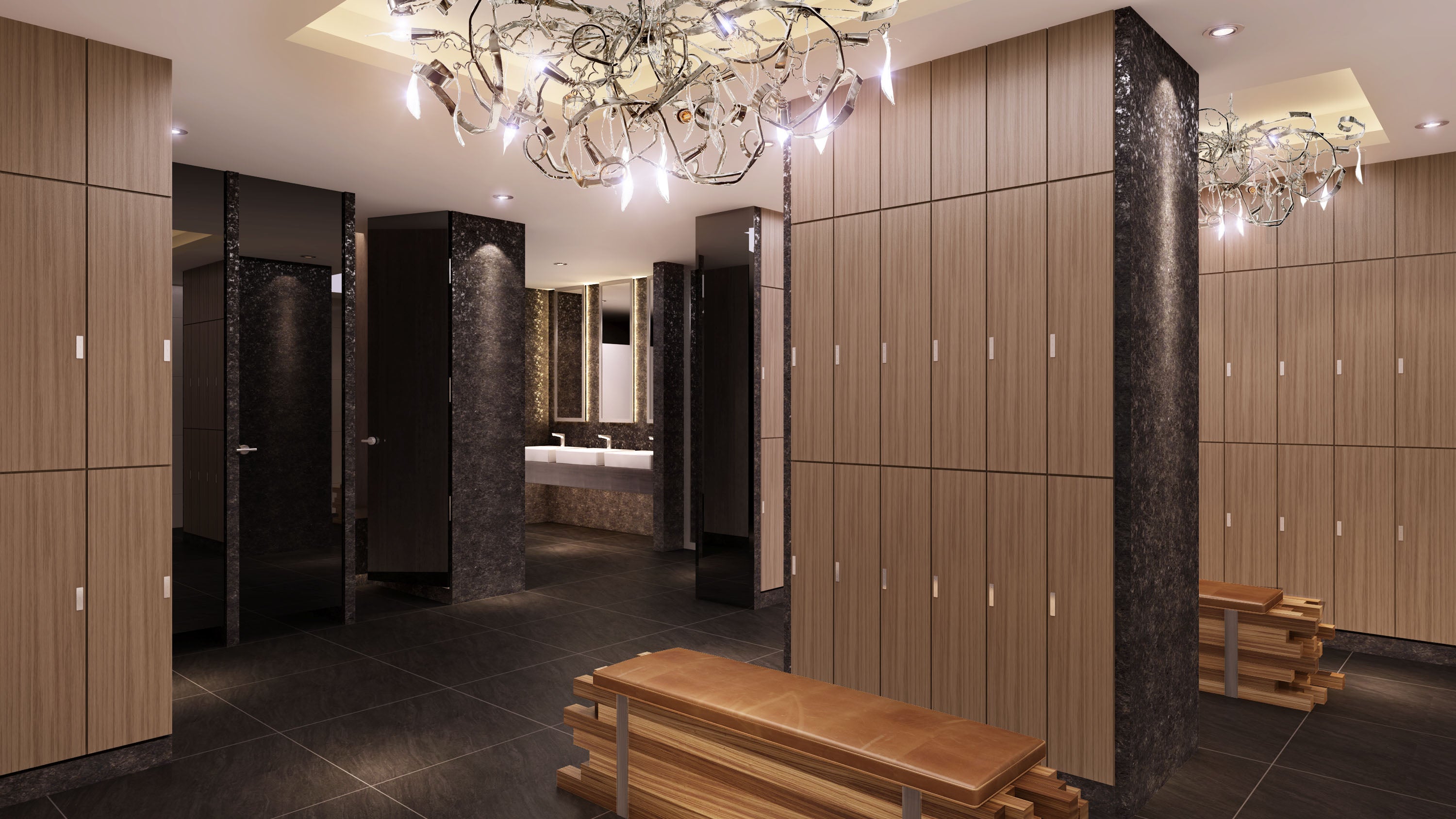 But that also means that FitRepublik is going to enter what is a fairly established, but still growing, market for health and fitness in Dubai. However, Al Amine isn't too worried about the competition. "I think our concept stands out by its very nature," he said. "But at the end of the day, this is a generous market. And more importantly, there is a fight for quality. The consumer in Dubai is a consumer that seeks quality. And I think when we compare ourselves to quality service providers, I think there is an opportunity for us to share the market and coexist in a healthy manner."

And if there are any doubts about the Dubai population's interest in something like FitRepublik, then head over to the company's Facebook page, and its 17,000+ fans might help melt those worries away. But perhaps a better indication of FitRepublik's viability as a business can be seen in the people that have invested in the project. "Our founders are the who's who of entrepreneurship in this part of the world," Al Amine revealed. "We have Fadi Ghandour, who's one of the iconic individuals in the emerging markets, a person we all look up to. He's like a north star when it comes to entrepreneurship. Then there's Arif Naqvi, who leads the largest private equity firm in the Middle East. This is a gentleman that has shown all of us in this region that entrepreneur- ship is the way forward in this part of the world. So both of these gentlemen have been very inspiring and very supportive, and they have left nothing on the table to support us and put us in a position where we can go and excel, and do what we can do best." 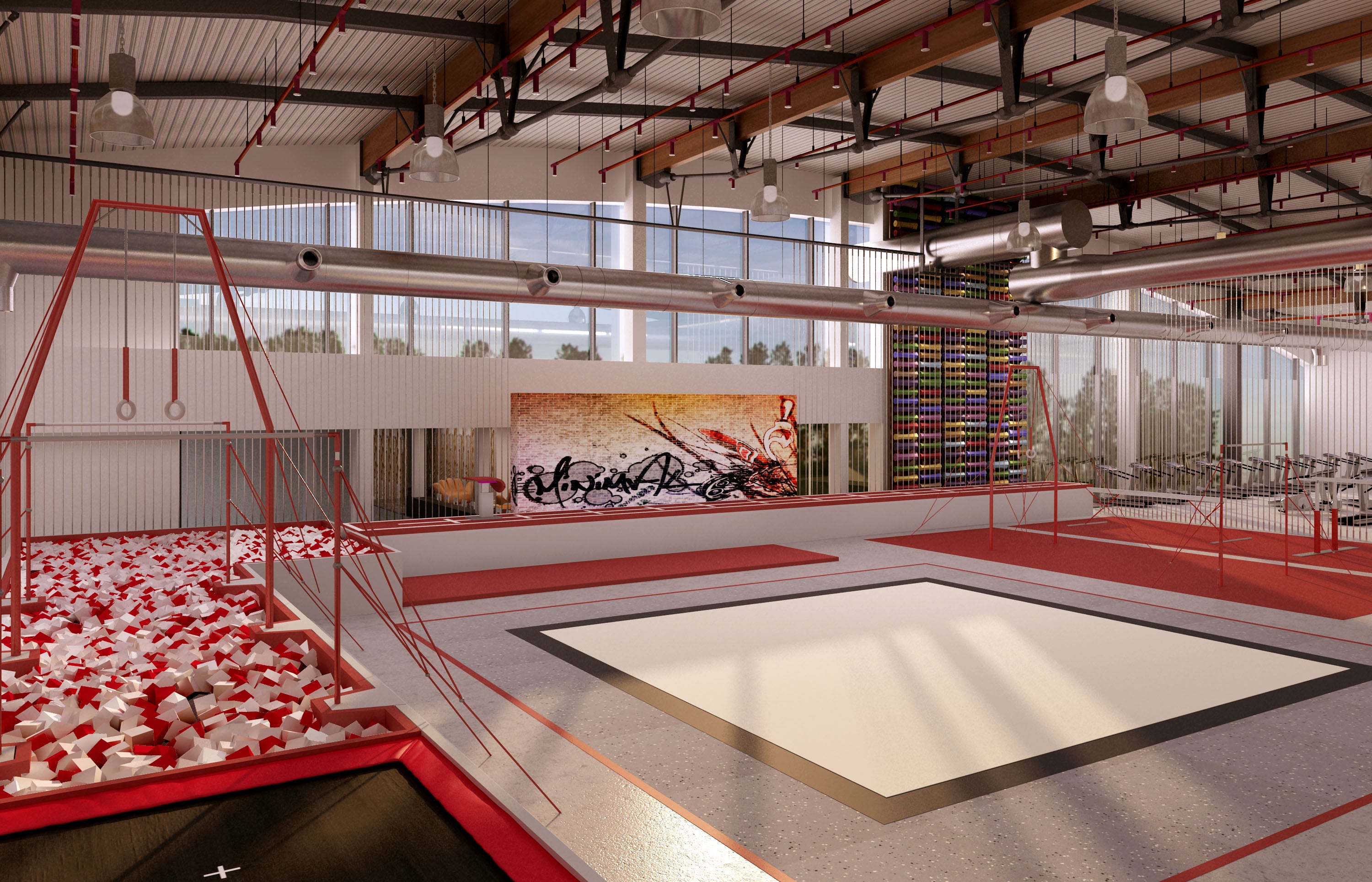 Given that FitRepublik has its origins in an idea that was born more than three years ago, it's quite interesting (and inspiring) to see the zeal and fervor with which Al Amine talks about his enterprise today. When asked about how he navigated the hurdles and pitfalls that are to be expected in the development of such a grand project, Al Amine smiled and said, "I'd say I'm a victim of passion. I'm a victim of dreaming and having big aspirations. I'm 39-years-old, but I dream like a seven-year-old. So it's in my nature to be overworked, to have sleepless nights. Because I think that's the adventure."

"It's actually very similar to the logic behind FitRepublik," he continued. "I think it would be a little bit of a disappointment for a human being to live his life and not explore his true potential physically. If you can be mobile, if you can be balanced, if you can be stronger or faster or more powerful, and you have all these years of your life without experiencing that, then it's kind of like a missed opportunity. I actually believe in that same idea when I work. And so, I think if there's an opportunity out there that I can run after, I will do it even at the cost of having difficult moments in my life. Because I think the joy of what I am doing really overtakes everything else. So it has been tough, but I wanted tough. I didn't want it any other way." 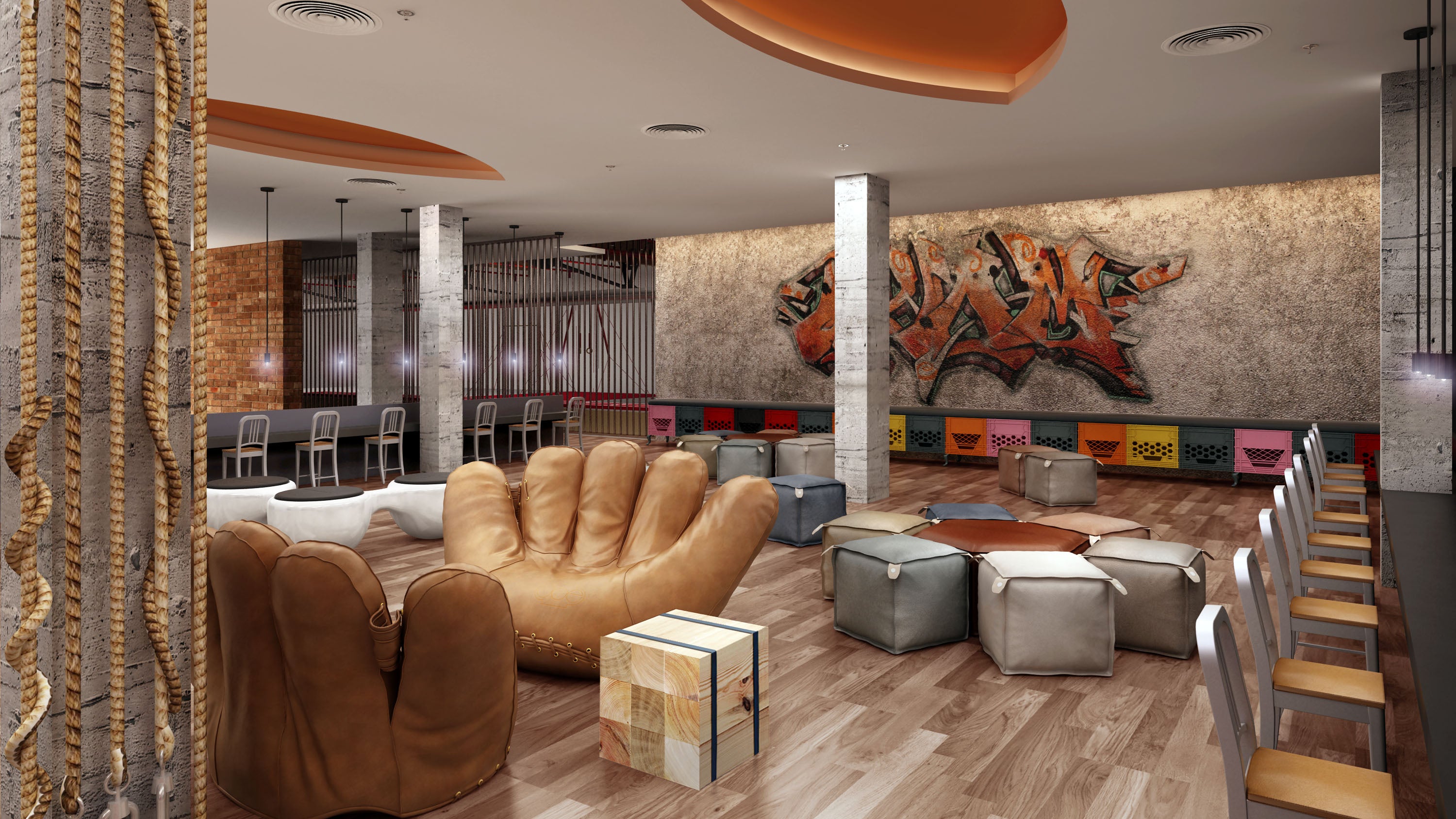 And that's the mantra that Al Amine would advise for his peers in the entrepreneurial community of the region to take up as well. "I think everything you do should be an adventure," he said. "You have to always do your best, because your life is short and you always have to have fun, and you always have to try things and fail. Failing is a very big part of having fun. I think, for you to have an adventure, you need to fail. I think people should be more accommodating to failing, because failing should not hurt you, it should make you stronger. And as cliche as it may sound, what doesn't kill you, makes you stronger."