As the minimum wage debate wages on in states across America, tipped minimum wage is becoming the new hot topic of conversation. 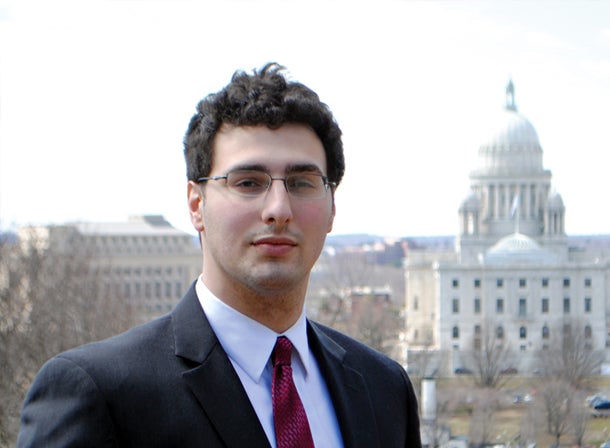 On Thursday, activist coalition "One Fair Wage Rhode Island" joined together to voice support of the bill, which is currently in front of the state's Senate Committee on Labor, holding a news conferences in the State House. The bill has garnered support from community, labor and women’s organizations, including the Women’s Fund of Rhode Island, United Service and Allied Workers of Rhode Island and the Restaurant Opportunities Center of Rhode Island.

"Leaving a tip is no longer a way to thank someone for great service," Rhode Island Sen. Gayle L. Goldin said in a statement. "It’s paying your server’s base salary, and nobody’s base salary should depend entirely on a customer’s mood."

Related: Why the International Franchise Association Is Suing Seattle 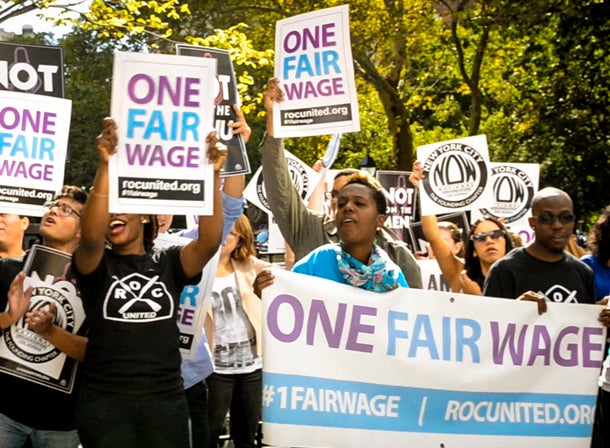 This movement for "one fair wage," or the end of tipped minimum wage in favor of a universal minimum wage, is picking up steam across the U.S. Currently, seven states require employers to pay all employees full state minimum wage before tips, i.e. the one fair wage model. 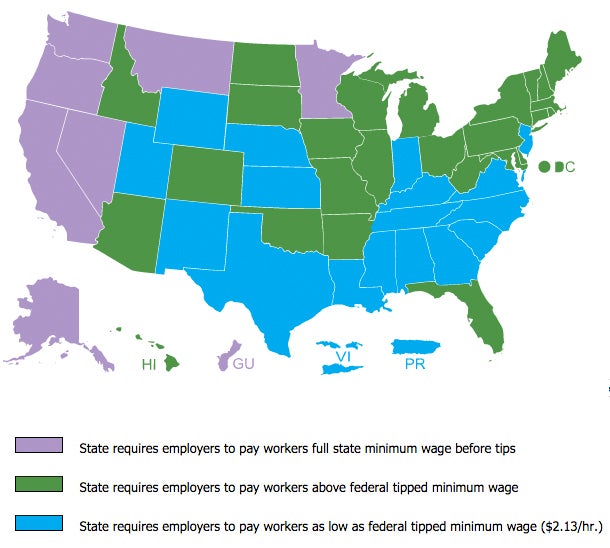 The advocates for this model argue that, while some days tipped employees can make far more than they would making minimum wage, on others, they could make less than half of standard minimum wage. While states are legally required to pay tipped workers at least as much as federal minimum wage if tips do not reach $7.25, advocates say that the reality is unpredictable and rarely enforced.

"While a server can sometimes luck out and have a great Friday or Saturday night, this is not the norm," longtime server Joseph Fortune said in a statement. "Even at higher-end places like Ruth’s Chris Steakhouse [where Fortune has worked most recently], servers have to work multiple slow shifts for every good shift. During my years waiting tables, it would not be uncommon to spend hours on my feet on a slow day and leave with barely enough earnings to cover my gas to and from work."

However, for business owners, increasing tipped wage could be a dangerous proposition. Tripling tipped minimum wage in four years is an enormous increase in labor costs, potentially leading to cut jobs and increased food prices.

Others argue that, if tipped minimum wage increases, customers will feel less inclined to tip waiters. Some restaurants have tried to get ahead of this concern, with well-known restaurants such as Dirt Candy in New York City and Chez Panisse in Berkeley cutting tips in favor of a flat 17 to 20 percent gratuity. These measures attempt to provide employees more security, without scaring customers off with increased food prices. 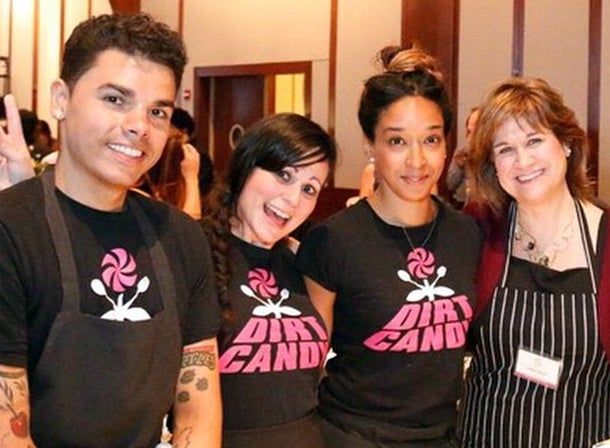 "The day tipping is abolished and I'm making a guaranteed $20-$25 per hour — effectively taking a pay-cut — I am going to pick the career path that has room for growth and doesn't require me to run my ass off for eight-hour shifts," the anonymous server writes. "And I imagine many in the industry would agree, which would lead to a talent drain across the field. So you'll not only be paying 15 to 20 percent more for your meal (it just won't be an optional tip), but you'll also be getting worse service during it."

Ultimately, while the question of a tipped minimum wage introduces slew of problems for workers and business owners in the restaurant industry, the quest to end the concept will lead to even more complexities. Expect this debates to bring out even more knotty questions and opinions in the coming months.

Related: McDonald's Employees Claim They Were Told to Put Mustard on Burns and Keep Working