Your Own Private Island: Business Stays At The Four Seasons Bahrain Bay

One of the draws of the Four Seasons in Bahrain is the bevy of artwork positioned throughout the hotel, and the pieces are all original works by artists from the Gulf nation. Yes, you might be visiting Bahrain for work, but by sheer dint of interesting architecture and interior design, tantalizing F&B outlets, and finally, being situated on a private island, the newest Four Seasons property in the region makes your business jaunts to the Kingdom that much more bearable (and maybe even a little bit indulgent). 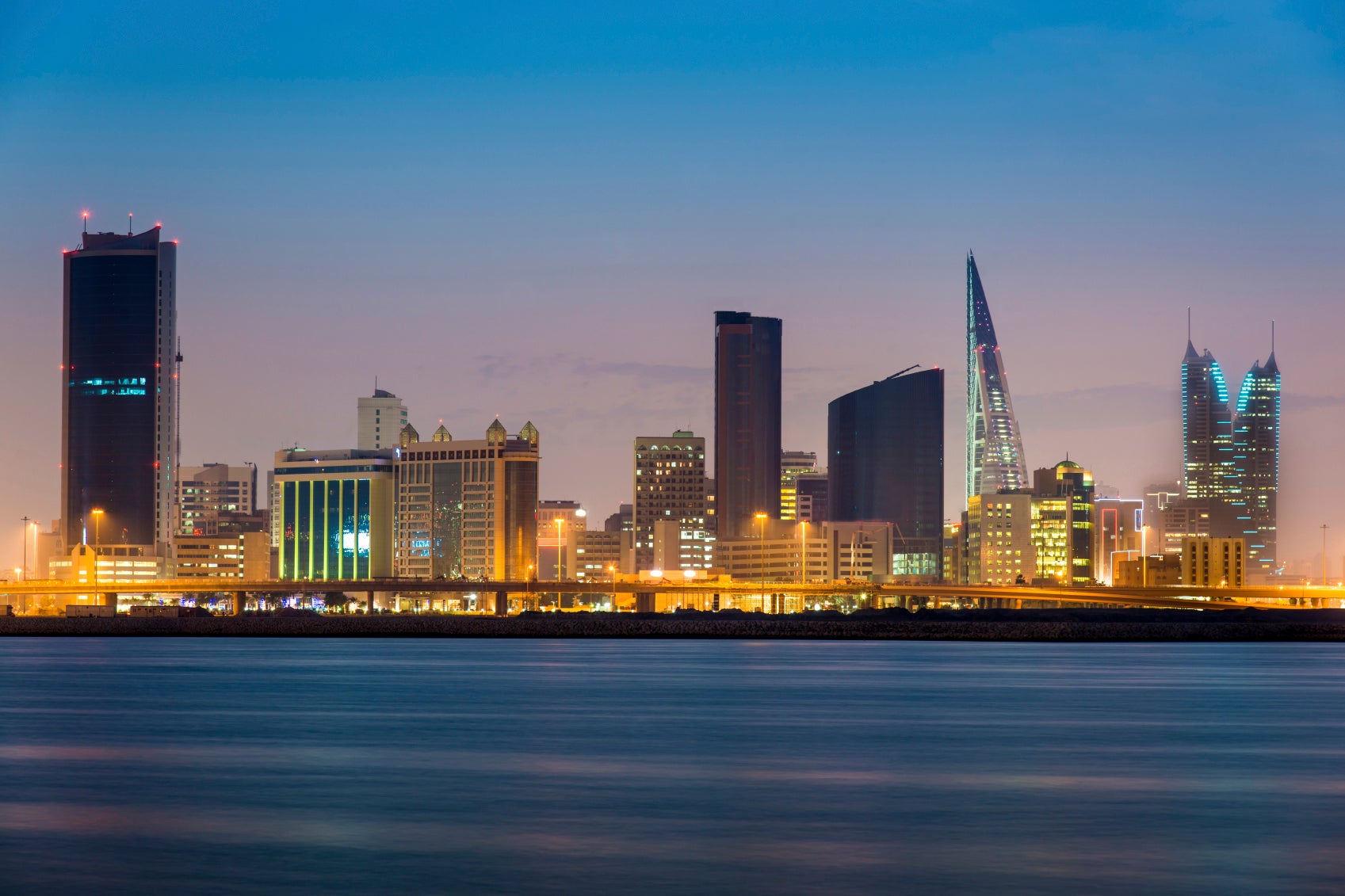 Image credit: Four Seasons Bahrain Bay
Having recently welcomed acclaimed Chef Wolfgang Puck to Bahrain for the launch of his signature outlet CUT, Pirkle also fielded a great deal of the region’s culinary press who were interested in hearing about the seven F&B outlets in the hotel. Some of the specialties on CUT’s menu recommended for the corporate meal with associates? Puck’s memorable prime wet and dry-aged beef, an interesting selection of shellfish, and roasted whole fresh fish presented in the best traditions of hospitality. In addition to “a wide range of culinary experiences on the hotel premises, and incredible workout facilities with the latest equipment as well as spa facilities to start the day or unwind in the evening,” Pirkle also ranks consistent high speed internet in first place when catering to the business client.

So all in all, when visiting your new private island, expect to eat well with varied and expertly-executed dining options, rest easy with help from the concierge whenever you need it, and get in a good day’s work. The GM at the Four Seasons Bahrain Bay would have it no other way.

Recommended by the GM 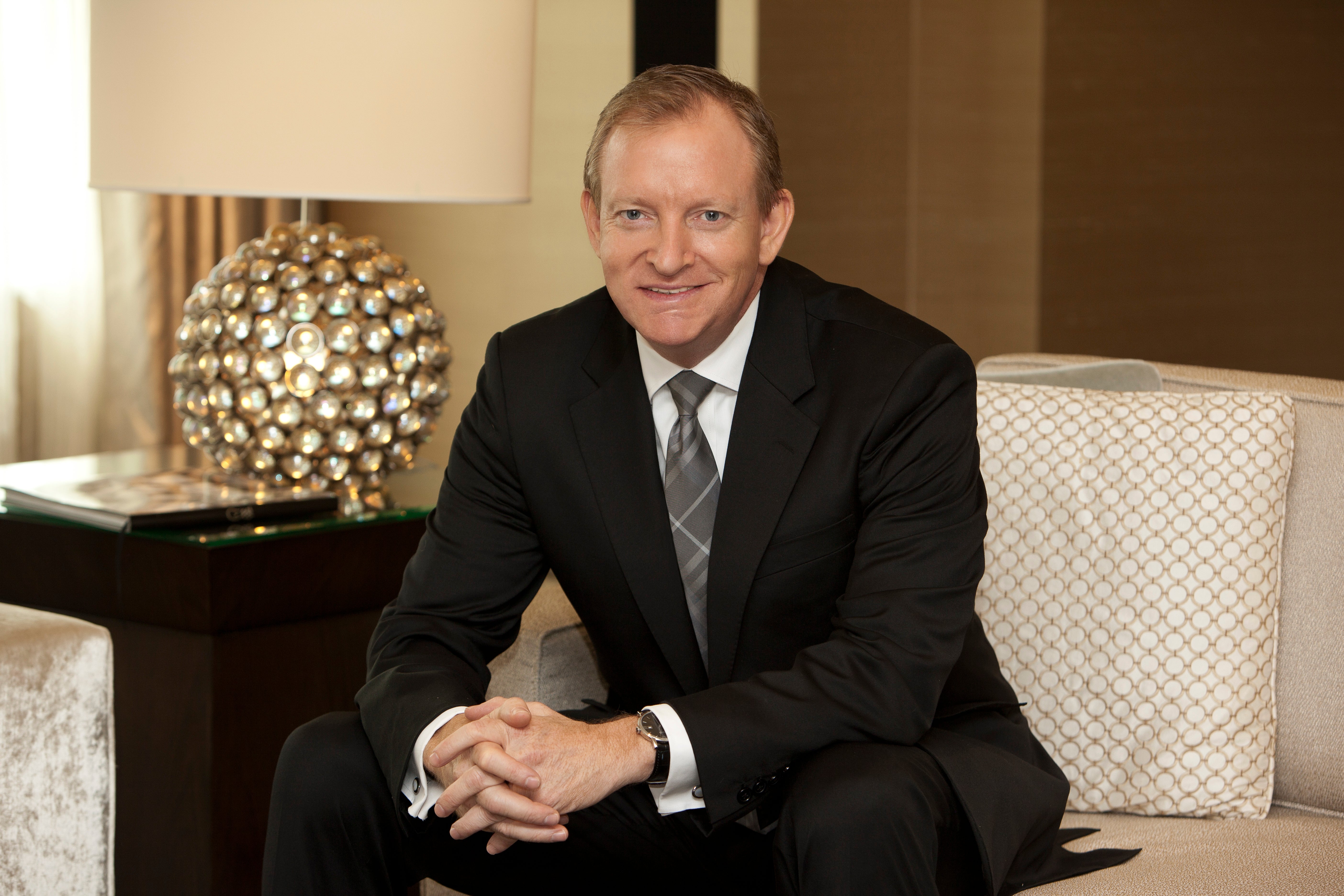 CONFERENCE CAPABILITIES “We take pride in our business meeting facilities as we are providing Bahrain’s most elevated meeting experience on the 50th and 51st floors with the latest high-tech video conference facility including an 82-inch LCD screen. We named these meeting spaces Sky 1-4 as at Four Seasons Hotel Bahrain Bay, truly, the sky is the limit when it comes to hosting the business audience. Our biggest ballroom, Al Bahrain Ballroom, can be separated into three different segments with revolving partitions which can easily accommodate 200 guests in each section. The equipment is state of the art, including teleconferencing and LCD projector.” 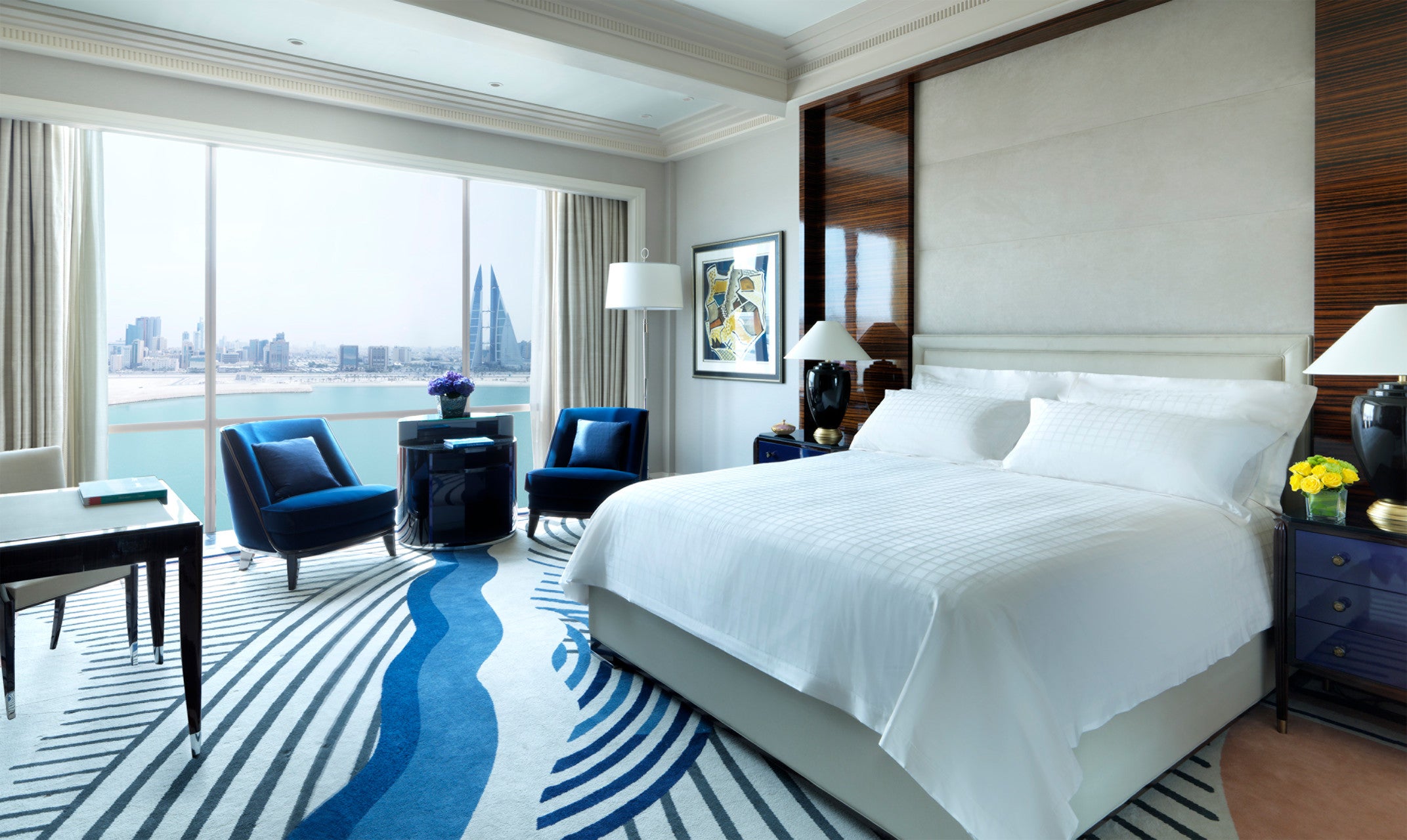 Image credit: Four Seasons Bahrain Bay
DOWNTIME “I’m personally fond of golf, so my vote definitely goes for the Royal Golf Club Bahrain, which is home to Bahrain’s only 18-hole championship standard golf course and to a par 3 9-hole course. For those looking for some high-class presents for the wife and kids, Moda Mall is the perfect spot. It is located only three minutes away from the Hotel. Last, but not least, our extensive spa with four interconnected buildings and a modern gym is definitely something not to miss either in the morning or after a long day full of business meetings.”

DINE “My personal favorite is Bahrain Bay Kitchen with its second-to-none international cuisine. I would specifically mention the slow-cooked BBQ short ribs in the Western Cuisine section.”