Filling an Order From Walmart Felt Fantastic, But I Made 3 Mistakes

By Stephen Key June 5, 2015
Opinions expressed by Entrepreneur contributors are their own.

When my longtime friend Rob Stefani and I started selling guitar picks, we never once thought that a big-box retailer such as Walmart would want to carry them. But sure enough, a few years after we had been in business, an order from Walmart came in. Life is funny like that.

Were we excited? Yes, of course. Were we apprehensive? Downright terrified is more like it.

Our business, Hot Picks, began humbly. When orders for our uniquely shaped designs began to roll in, my family and I sorted and packed picks into clamshell cases on our dining room table on the weekends. Between the five of us, filling orders for those first stores was simple. Picks are light and are easily stored, after all. Before we knew it, we were fielding orders from hundreds of stores. Then there were thousands of stores that wanted to sell our picks as well as international orders coming in. We were living every entrepreneur’s dream, riding high.

After three years in business, we met an individual who wanted to help us broker a deal with Walmart at NAMM, the music products industry’s largest trade show. I was tidying up our booth one morning when he stopped by and fell for our picks, which were shaped like vampires, ghouls and mummies, among other images. Were we open to having him represent us, he wondered? Yes! 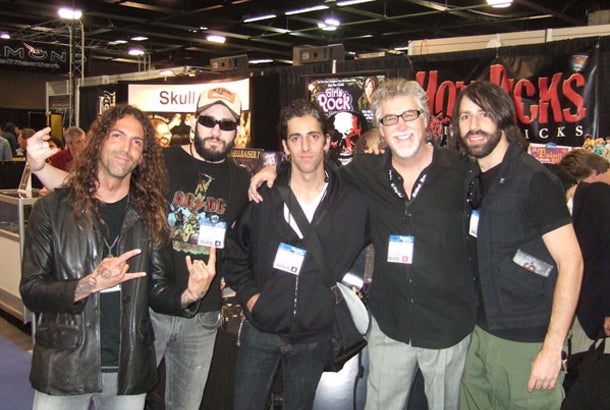 It was that easy -- until it came to the paperwork. The volume of forms we had to fill out to become a Walmart vendor astounded me. It was unbelievable, actually. All in all, I estimate the process took about six months. There were numerous specific regulations and rules we had to abide by.

Despite having all that time to prepare, we still made a few mistakes.

1. Not having enough space

Fulfilling the needs of individual stores had been easy. We knew that fulfilling Walmart’s first order would not. When the company gave us an idea of how many of its stores were going to sell our picks, I did the math, and quickly realized that we needed more storage space -- a lot more. So I found a storage unit. But when the semi-trailer truck with the picks we had ordered pulled up, I discovered the calculations I had made were off -- there was no way all of those picks were going to fit in that space!

Related: The Power of an Apt Apology

2. Determining how long it was going to take us to pack the picks

As our two-week deadline loomed closer and closer, it dawned on me that we were not going to be able to fulfill the order on time -- well, not without changing course and getting creative, anyway. Thankfully, my wife at that time worked at a local school. With her help, we were able to organize a last-minute fundraiser. Nearly 100 people rallied together one weekend to help us out. It really does take a village.

3. Estimating how much money I was going to need to float the order

We needed to pay our suppliers within 30 days, but we weren’t going to be receiving any money from Walmart until 60 to 90 days had passed. In other words, we were caught in a bind every entrepreneur is familiar with. But the sheer magnitude this time around made me extremely nervous. In the end, I decided floating the money myself was the option I felt the most comfortable with.

All in all, it was a fantastic experience. To our great disbelief, the picks became best sellers at Walmart. Was it stressful as hell? Definitely. Would I do things differently a second time around? Absolutely. Before Rob and I founded Hot Picks, I’d spent the majority of my career licensing my ideas. Step for step, starting and growing a small business challenged me more. It was also incredibly fun and rewarding to experience the business take off.

Whenever you set out to accomplish something new, my advice is to do yourself a favor and identify someone who you can learn from right away. Pepper him or her with questions. Absorb their every nugget of insight. Run your business like you just might get an order from Walmart one day. And when do you, don’t forget to do the math -- a few times.