By Fida Chaaban June 15, 2015
Opinions expressed by Entrepreneur contributors are their own.
You're reading Entrepreneur Middle East, an international franchise of Entrepreneur Media.

"No one speaks for DAMAC Properties. DAMAC speaks for DAMAC.” If there was someone who could speak for the luxury developer, it would be Ziad El Chaar, appointed to the position of its Managing Director in 2011. Prior to assuming the role of MD, El Chaar served stints as DAMAC’s General Manager of Operations, International General Manager, and Vice President of International Sales since joining the company a decade ago. Taking his experience wearing different hats within the company into consideration, it’s safe to assume that El Chaar has mastered DAMAC’s message, internalized it, and pretty much made it his way of life.

“Many real estate developers just go on building and selling without creating a brand. The main driver, in building a local brand, was the brand of Dubai, from which we have definitely benefitted from tremendously. We wanted to create a brand next to brand Dubai, and this is when we started working very heavily on establishing a brand of real estate, which very few developers do. The establishment of a brand isn’t just about plastering your billboards on roads, but also about developing a communication plan and then making sure that what you deliver is in line with that brand proposition.” It means you, as an entrepreneur or as a corporate executive, can’t just spout the party line without having a solid product or service that actually does what your advertising promises. And in the event it doesn’t? You’ll be pigeonholed as an all-talk-no-action company- no matter how much promo you put out there or worse it might even backfire. “The value of the brand will not increase if it’s not delivering on its slogan and positioning,” and the message may even subsequently become an Achilles’ heel for the company. “The investor must be confident and believe that the developer, building this extremely complex 84-storey tower or developing a 42 million sq. ft. Gulf community, is credible and courageous. The chief concern of the branding is that you need to stand out in a massively cluttered market,” says El Chaar, and stand out they do with visual campaigns that are at once interesting and arresting. Even if you know next to nothing about the business side of DAMAC, the company’s comprehensive corporate communication strategy with a strong language of its own, and a distinctive visual identity, makes things abundantly clear. “The visual identity is that we are in the development of buildings, towers, retail shops- the visual identity has to be as bold and as credible as the actual construction operations themselves.” 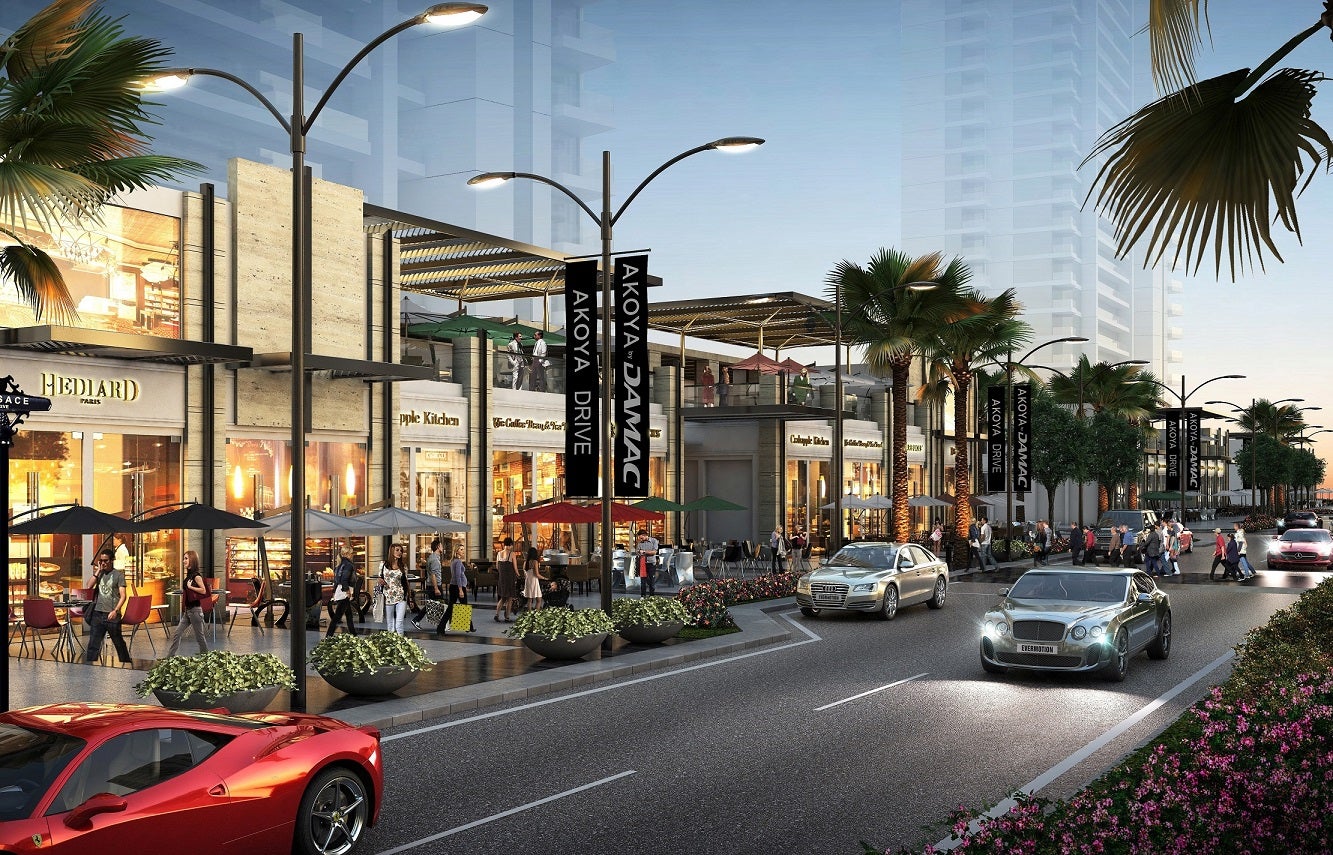 “In 2014, we changed the way that we are communicating. With Akoya Oxygen, we went into a fresher approach, we went into a more human approach- placing more people in our communication, and yes, we’re still bold and ‘living the luxury,’ but we’re closer to human beings and close to being attached to the environmental aspect of the developments. We’re not only steel and concrete.” DAMAC does undertake campaigns abroad but tailors their propositions based on “what cycle of awareness” the demographic is in regarding Dubai. As examples, El Chaar explains that recent messaging in Beijing at a large-scale event discussed property ownership in Dubai, and what DAMAC can offer those considering real estate in the UAE. 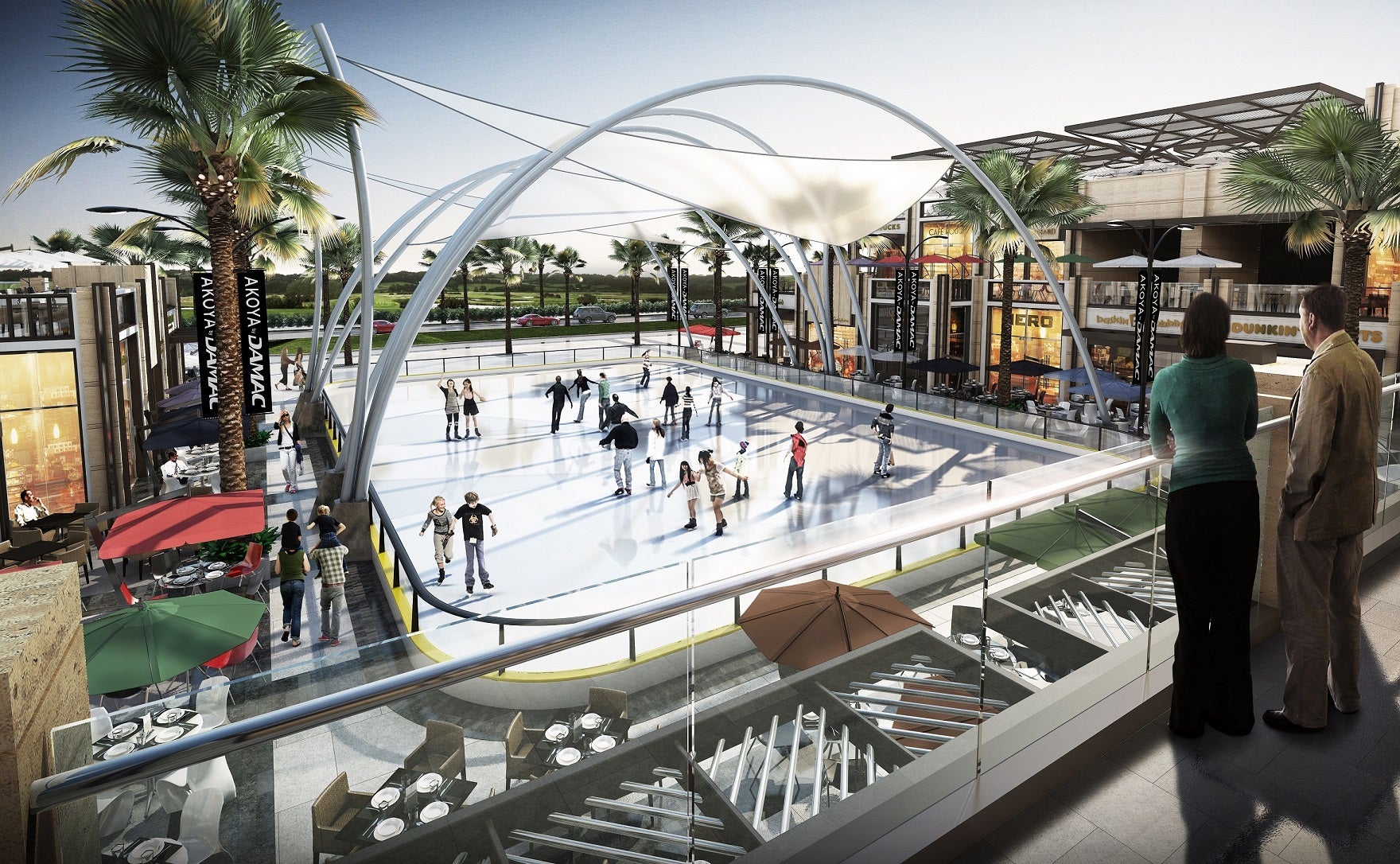 He adds that the messaging in India, geographically closer and culturally more familiar with Dubai, is more in line with what people might see here in the GCC. The process goes as such: determining the chief concerns of the target market, crafting the message around those concerns, and injecting the elements of DAMAC Properties into the overall schema. El Chaar points out that while the process is care and labor intensive, often involving the senior management of multiple areas of the company, it has been rewarded richly with brand recognition and even brand admiration- no mean feat for a company founded just over a decade ago.