The Top 25 Self-Made Billionaires In the World

Wealth is inspiring. But wealth created from nothing is the stuff that startup dreams are made of.

Entrepreneurs working to launch or grow their business have to power through late nights, early mornings, and waking up in the middle of the night thinking about what still needs doing. That constant hustle can leave a wake of stress and anxiety. Getting through it requires a great deal of focus and ambition, and sometimes, a little reminder that some of the most powerful people in the world started out just like you.

Bill Gates, the legendary founder of tech giant Microsoft, is the wealthiest of the elite self-made billionaires club, with an estimated net worth of $85.7 billion, according to a list released today by Wealth-X, a Singapore-based firm that compiles research on the ultra wealthy. Second to Gates is Warren Buffett, the guru-investor with a net worth just north of $70 billion. And rounding out the top three positions is Amancio Ortega, the Spanish founder of the fast-fashion dynasty Zara, who has a net worth of $65 billion.

The list of self-made billionaires is living proof of that oft romanticized notion of the American Dream. Of the top 25 wealthiest self-made billionaires, 14 are American entrepreneurs. Taken together, those 14 entrepreneurs are worth $514.2 billion. To put that in perspective, that's more than the economic output of Norway, according to Wealth-X.

The tech sector also makes a strong showing on the list with the likes of Larry Ellison of Oracle taking the fourth spot and Mark Zuckerberg of Facebook taking the eighth spot.

Have a spin through the list of 25 below. Rev your ambition engine and get your startup dreams going. 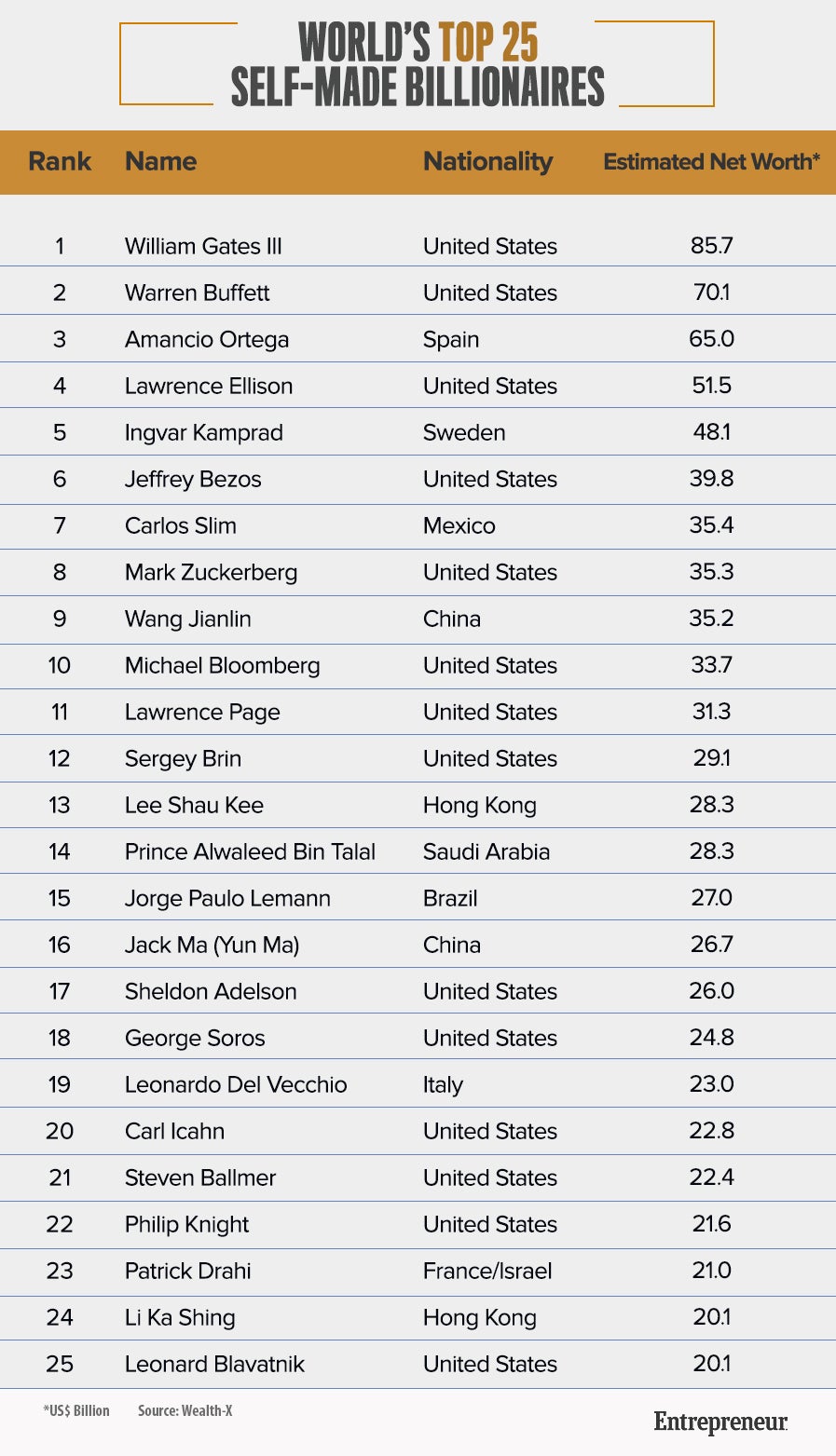