Women in the U.S. make up half the national workforce, but when it comes to careers in STEM (science, technology, engineering and math), men outnumber women, 3 to 1.

Camilla Gazal and Flavia Naslausky are two Brazilian-American moms in Connecticut on a mission to close that gap. As the first franchisees with the new company Zaniac, they are offering an opportunity for young girls -- and boys -- to fall in love with STEM. Their vehicle is Zaniac, which offers after-school "campuses" for kids in grades K-8. Unlike traditional tutoring, Zaniac offers activities like robotics using LEGO, computer coding, 3D printing, app design and lessons about physics using the game Minecraft.

With their nearly 40 years of combined experience in the male-dominated financial industry, Gazal and Naslausky are using that business expertise to start reversing the shortfalls of STEM curricula.

The women have some ready-and-willing guinea pigs to practice on: They are the mothers, between them, of five children, ages 8 to 13. And both have previously worked to bolster their children's math education at home. Now, they have a more formalized system to expand their mission to make up for the gaps in K-8 education -- and maybe even make some money along the way. 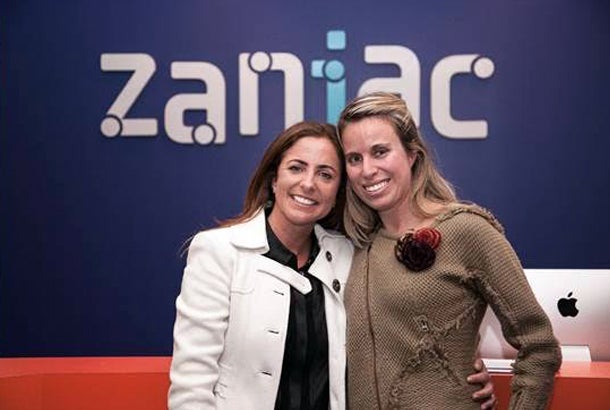 We opened Zaniac Greenwich in December 2013, after meeting founder Paul Zane Pilzer by chance on the ski slopes of Park City, Utah.

Related: Franchise Players: How This Professor Became a Tutoring Franchisee

We knew we wanted to open an enrichment center for kids that was focused on STEM; however, we realized our expertise was in business and finance, and not in education. We knew how to add more math into children’s lives -- but what about incorporating the other aspects of STEM? We decided that through franchising, we could acquire the best products and support, while still being able to focus on the operations of our business.

Because we were the first Zane Prep franchisees, we not only became franchise owners, but have played an instrumental role in building and shaping the Zaniac franchise model.

Prior to Zaniac, Camilla worked for BBVA Securities and Santander Securities as a senior vice president in fixed income sales. Camilla’s responsibilities included the marketing of fixed-income products to new institutional clients in Canada, Central America, the Caribbean and South America. As part of her role, she traveled extensively to those regions to manage relationships with central banks and institutional investors.

She travels regularly to the region and markets her strategy product in Europe and Asia. She is regularly quoted for her FX Strategy insights in major media sources, including the FT, the Wall Street Journal, Barron's and Bloomberg and business newspapers across Latin America, including Valor, Estadao and O Globo.

It is impossible not to fall in love with Paul Zane Pilzer’s ideals, charisma, and way of seeing life. He’s a visionary regarding the future of education, challenging the current, outdated school system. He believes technology can increase access to education and allow students to learn at their individual level through a customized curriculum. Paul is also a staunch believer in peer-based learning.

For two women in their forties with pre-teen children, Paul Zane Pilzer’s family-first approach to business and entrepreneurship was also very important to us. When we first met Paul, Zaniac did not yet exist as a franchise. He saw potential in the two of us to help launch a franchise program for Zaniac. We recognized the opportunity and trusted his vision for the business.

We relied on our own experiences as mothers of a total of five children between the ages of six and 10. We were very aware of the existing gaps and shortfalls in current U.S. schools and the need for enrichment.  At the time, we were both complementing our children’s education at home, especially in math. Our homes were our research lab. Our kids will eventually realize that they were the guinea pigs, and our biggest inspiration.

We were working with limited resources and relied heavily on our financial/economics backgrounds and business school experience. Our time in the financial industry proved to be helpful in terms of providing us with an analytical lens, while helping us remain calm under the pressure that comes with starting a business. Admittedly, we also relied a lot on our gut feeling because we believed in the franchise model.

Finally, our children loved everything about Zaniac, and have since become completely obsessed with the concept. Witnessing their overwhelming responses firsthand solidified our decision to bring this opportunity to other young children throughout the area.

Related: Opening an Education Franchise I Believe In

Real estate was by far the biggest challenge. Real estate consumed most of our financial resources, as we knew that our location would be important to the success of our business. The second biggest challenge was finding qualified employees who felt as passionately as we do about Zaniac’s mission. Workaholics like ourselves tend to scare people away.

One of our biggest fears was that embarking in the franchising business and owning our own business would take even more time away from our families. We had an unexpected surprise, whereby this particular industry and franchise increased quality time with our children, who enjoy watching their mothers build a business and love providing their own views on what direction education should be going.

Work hard. Dream big. Be passionate about what you do. Make absolutely sure you have a strong support team surrounding you (a lawyer, accountant and manager; a PR and marketing firm; real estate brokers, family). Do not take anything personally. Have fun. If it’s not fun, then it’s just work.

We’re having a blast and look forward to growing the business and improving it as we go along, making it the model of enrichment. We are opening two more Zaniac campuses in 2015 and have plans to open another seven.

Related: How This Couple Created the Largest Tutor Doctor Office in the World