I tend to put down the various thoughts I have in mind as notes to someday write a blog about it. Last week, as I was going through the countless number of notes that I had, I found quite a few notes about Knowledge, Ignorance and Imagination.

I decided to combine all of them and put this blog together.

I was once listening to a gentleman, who had attempted to climb Mt. Everest. He made two unsuccessful attempts before finally scaling it the third time. He told me how excited he was the first time when he decided to scale the mountain. He had prepared for weeks and felt ready to scale the peak. When he started climbing and advanced up the mountain, things got harder and harder. There were gaps (crevasse) in the mountain which had to be crossed using ladders. 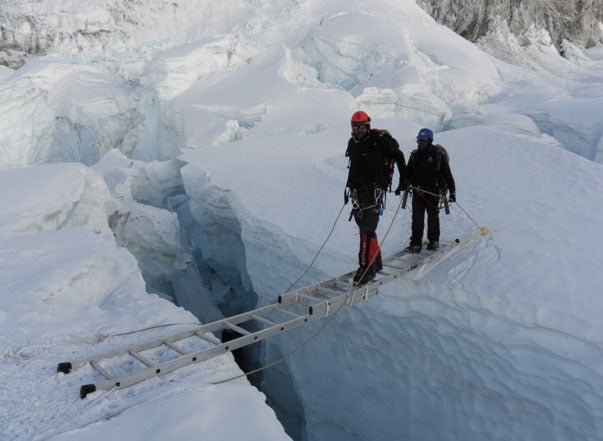 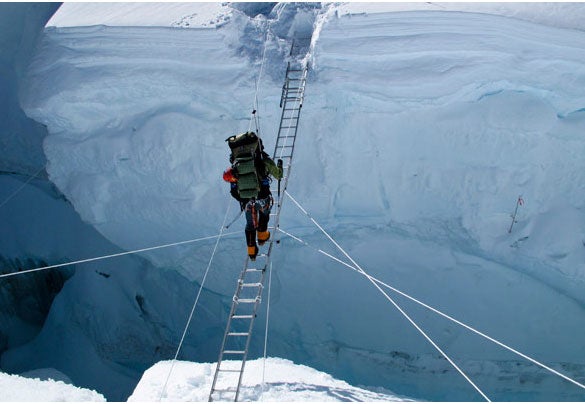 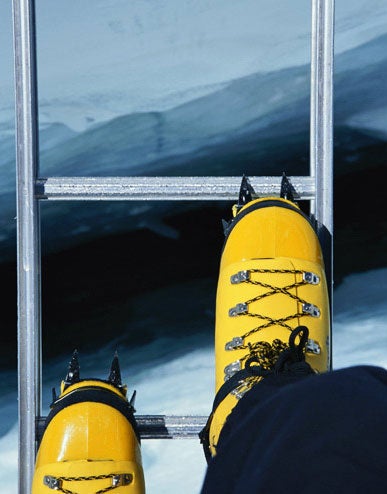 Bottomless crevasse after crevasse was crossed only to fall sick at camp 2 and to be sent back to the base camp and eventually home.

He told me that after the first attempt, he was more cognizant of the challenges and the risks that lay ahead of him, if he did attempt this climb again. It replaced the sense of excitement with a sense of fear, which was difficult to overcome. He nevertheless mustered all the courage within him to make another attempt to climb the peak and failed again.

It took an enormous amount of courage and will power to commit to climbing the peak the third time, which he accomplished successfully.

He told me the first attempt was probably the best attempt, since he was not burdened with the knowledge of what lay ahead and the difficulties that needed to be overcome. Even when the challenges were posed, he took them in his stride and overcame them. In each of the subsequent climbs the anticipation of the challenges that lay ahead drowned the excitement and made the journey less pleasurable. Also, the fact that he already knew the challenges which needed to be overcome, changed his approach from ‘fresh and fearless’ to ‘tentative and fearful’.

Knowing the challenges that lie ahead makes the journey less magical.

While the first time he was always looking forward to the next challenge, even when he fell ill at Camp 2. In the subsequent attempts he was always anticipating when he might have to turn back.

Have you even had a great leap of imagination where you thought, ‘why not’ ? I often have these leaps of imagination, and then, I go and research the internet and find out 300 different reasons why it is not possible. Finding out the true depth of something makes the challenges obvious. Of course the challenges seem insurmountable. If they could have been easily overcome, somebody would have already done it!

The trouble with knowledge is that it makes you anticipate negatively, which makes you worry; while the lack of knowledge drives you to look forward to the progress that you will be making and anticipate positively. You imagine great possibilities that lie ahead of you.

Walt Disney once famously said; “If you can dream it, you can make it”; but knowledge pulls you out of your dream and brings you back to reality. Hence it is important to keep knowledge at bay for a little while, when you are about to embark on something big.

When you have too much knowledge instead of looking at the next opportunity around the corner you are going to worry about the next problem that is going to rear its head.

"If Travis Kalanick knew that he would be facing litigation with various governments around the world, would he have not had second thoughts about Uber?"

Everything in nature, including the human mind seeks the path of least resistance, invariably the road to glorious success does not take this path. Entrepreneurs choose low hanging fruits because they are seeking the path of least resistance. The moment the idea of hyperlocal delivery took root, 100’s of people embarked on the journey of building hyperlocal businesses. Elon Musk put out a white paper on hyper loop, to my knowledge not even half a dozen startups are trying that.

Steve Jobs on his return to Apple, during the Worldwide Developers Conference in 1997 famously said “If I had known about IBM when I started Apple, I should have nudged Woz and said, forget it, we don’t have a chance... But we were too stupid to know that… And that served us well.”

It was his ignorance that allowed him to build Apple, to take on the behemoths of the computer industry. He was just doing what he loved to do, building products that he and his friends loved.

If you are going after a technology that others have written off as infeasible, the reason you might be successful is probably because you will have a fresh perspective unlike those who have been working on the technology for years. The ignorance has the potential of bringing an approach that the industry at large does not adopt.

Ignorance is a good thing when you are starting up.

Ignorance allows you to believe in your dream and persevere to achieve it. When you come up against challenges you let your imagination take flight and come up with a variety of possible solutions to the problem at hand. It is important to let this imagination play its part. But for human imagination we would still have been foraging forests for food.

Edison very famously said “I have found 1000 different ways how not to make a light bulb”. Now what if someone who had tried 750 different ways had met Edison and told its not possible for a boat load of reasons.

I had an occasion to listen Mr. G.M. Rao speak about how he got into the Airport business. He said, “When we started we thought an airport was just a box shaped building and a road, if we knew it would be so complex, we would not have even bid.” GMR group learnt how to build an airport after having been awarded the contract.

Approaching a challenge without expecting it gives rise to a great deal of ingenuity. This ingenuity allows humankind of overcome many great challenges.