Apple Music Strikes A Chord: Could It Be A Music Biz Trendsetter?

By Kareem Chehayeb November 2, 2015
Opinions expressed by Entrepreneur contributors are their own.
You're reading Entrepreneur Middle East, an international franchise of Entrepreneur Media.

After Apple acquired Beats Electronics during the summer of 2014, it took just a few months for people to speculate about what Apple’s going to do with it. Rumors and leaks about a restructuring of iTunes swarmed the internet throughout the spring of last year, mostly the fact that former Beats chief creative officer and Nine Inch Nails singer Trent Reznor was going to spearhead the project. Oh. And just that Apple was trying to give Spotify a knockout blow through a streaming service price war. That didn’t work though; music labels weren’t willing to go lower than US$9.99 for a streaming service according to leaks. Apple Music boasts around 30 million albums, similar to Spotify that claims it has “more than 30 million.”

But… don’t let the few similarities fool you. There are more than enough features here that separate the two. While both are similarly priced, Apple Music doesn’t have a free version with ads, but they make up for it by offering users a free three month trial, as well as family plan (for up to six) for just US$14.99. This is a little different than Spotify’s freemium model; a free version is available, but you have to tolerate some annoying ads.

Moreover, Apple Music integrates your existing iTunes playlist, whether you bought a digital album or transferred songs off a CD. Spotify has a section for your music, but it’s not integrated into your main playlist. It’s a separate tab on its own.  Unlike Apple Music however, Spotify has a stronger social element to it, allowing you to see your friend’s playlists for inspiration. What might be the winning feature for Apple Music is its radio feature. Instead of being a series of playlists of hit songs, there is a human touch with DJs hosting several shows, as well as the playlists being comprised of songs by some lesser known bands, or songs by genre pioneers that have often been overlooked.

At the end of the day, it’s going to be up to consumer taste. Apple’s tendency to be exclusive, especially when it comes to mobile, might not appeal to those who use Androids or BlackBerry operating systems. Speaking of Android, where’s Google Music in all this? We’re keeping our eyes peeled for what could be an upgraded version of their YouTube Music Key feature. 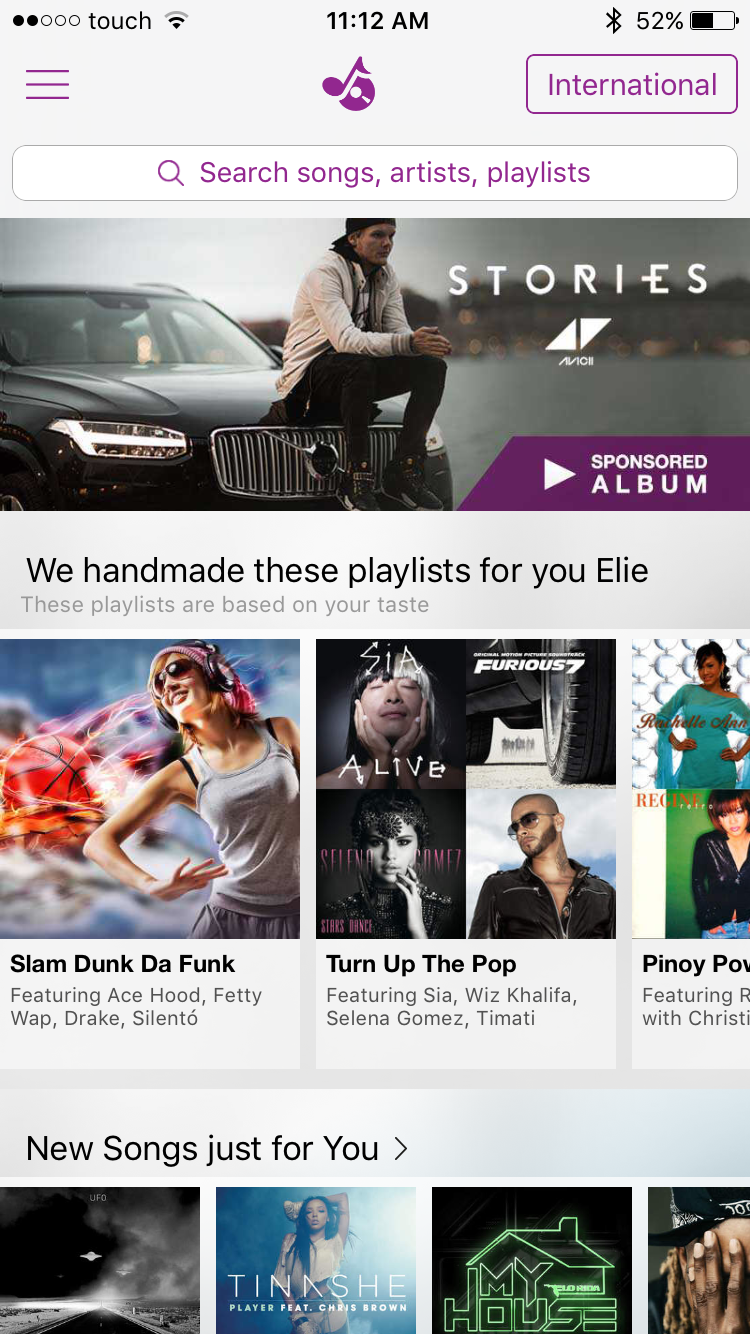 To get better insight on how this could impact the music industry, we spoke to Elie Habib, founder of Anghami. “For us, the pro in Apple Music is mostly a validation that streaming is the way forward,” says Habib, who says this also shows that Anghami made the right decision when setting up a little over two years ago. Will it be a hit in the MENA region? Habib believes that it might take some time before consumers can adopt the streaming service due to a number of factors. The first one is the most obvious: the MENA region’s relatively low credit card ownership and usage. The second reason Habib believes Apple Music could take some time before it becomes a huge MENA-wide hit also applies to international markets: streaming needs to become “mainstream,” but this requires a significant “habitual change” for the average consumer. He cites that “they have been always used to filling up an SD card or an MP3 CD” for a significantly cheaper cost, as well as used websites like YouTube to listen to their favorite songs without paying a dime. All in all, Habib believes that a “hybrid paid/free model” will be most successful.

“Apple will grow the pie as a whole,” Habib adds, pleased about Apple Music’s impact thus far, adding that this will help make the streaming industry blossom. Going forward, he can imagine streaming services becoming more niche-based. For example, if you’re into jazz, you can subscribe to a service that gives you access to a narrower library that focuses on jazz and excludes hip hop… for a cheaper price than paying for an entire package. And you can tell he’s being genuine based on some of Anghami’s moves that he’s shared with us: “We have recently released a redesign of our app, a new web player, [and] support for Chromecast as well as Apple and Android watches.” The founder also lists a few other Anghami plans such as a Pandora radio-esque easy listening feature, videos, and a social platform that keeps listeners connected to their favorite artists. 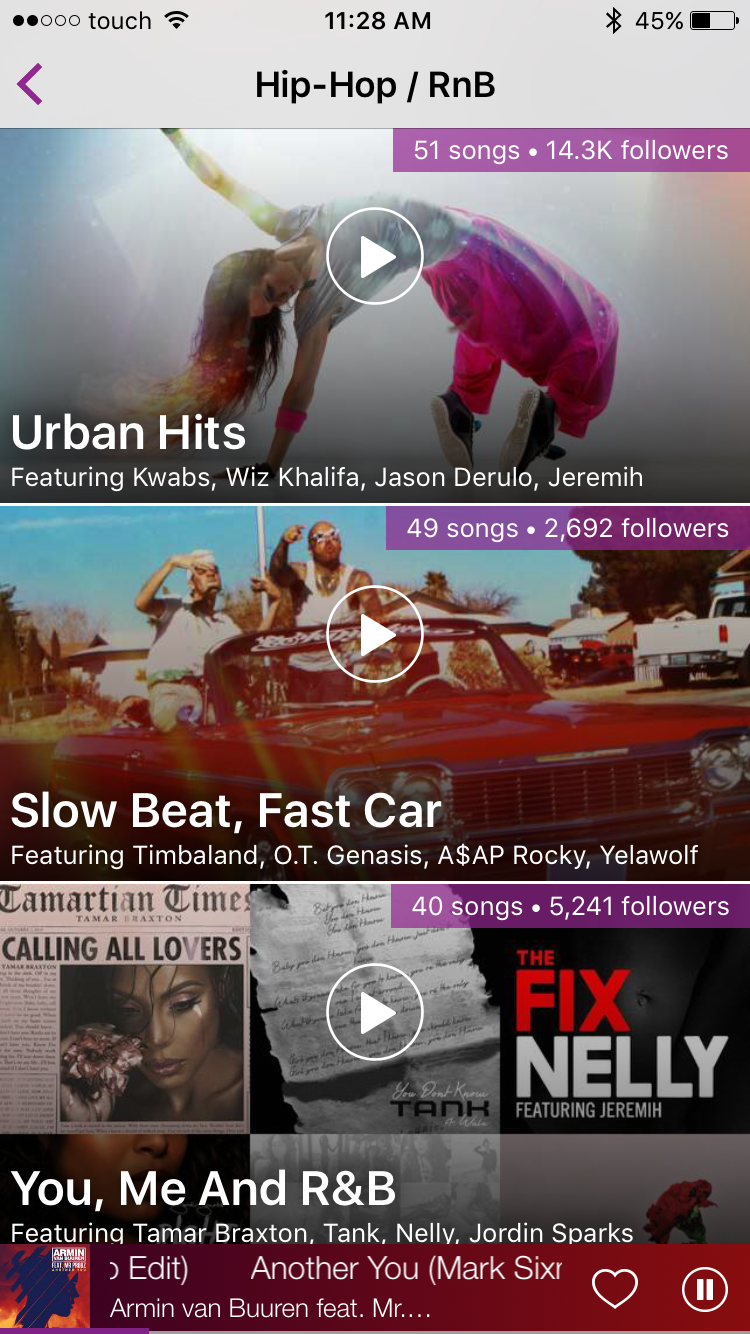 Anghami, the MENA region’s legal alternative to pirated music, was launched publically on December 30, 2012 after a beta period that began nearly two months earlier on November 5. The mobile app’s co-founders, Elie Habib and Eddy Maroun, who were inducted into Endeavor in October 2013 making them the 12th and 13th Endeavor Lebanon entrepreneurs, have a division of labor that sees them play to their strengths. “I am the techie guy… I handle the actual product and operations and I wrote the first version of Anghami,” says Habib. Co-founder Maroun “handles the musical part -which by far is a more complicated task dealing with music from artists- and business development. I focus on the product, team and growth strategies.” Like many successful enterprises, the co-founders credit strong human capital for their success. Onboarding the massive 15 million user base of Anghami was “a team sport,” says Habib. “We’re just drivers.”