Study: Most of the World's Richest Philanthropists Are Self-Made

Those who aren’t born into wealth are especially likely to give back. Of the ultra high net worth philanthropists in the world, 73 percent are self-made, according to a recent report by market research firm Wealth X and financial advisory firm Arton Capital.

The term “ultra high net worth” refers to those individuals who have net assets in excess of $30 million.

Related: 6 Founders Whose Companies Are Making a Big Difference in the World

Together, ultra high net worth individuals donated $112 billion to charity in 2014. For some perspective, that’s equal to about the gross domestic product of Morocco.

On average, ultra high net worth philanthropists give more money to charity than they spend on luxuries. Over the course of their lifetimes, the average person in this group donates $28.7 million to charity. Meanwhile, their average real estate and luxury assets total $19 million on average.

Related: How to Make the Most of Your Charitable Donation 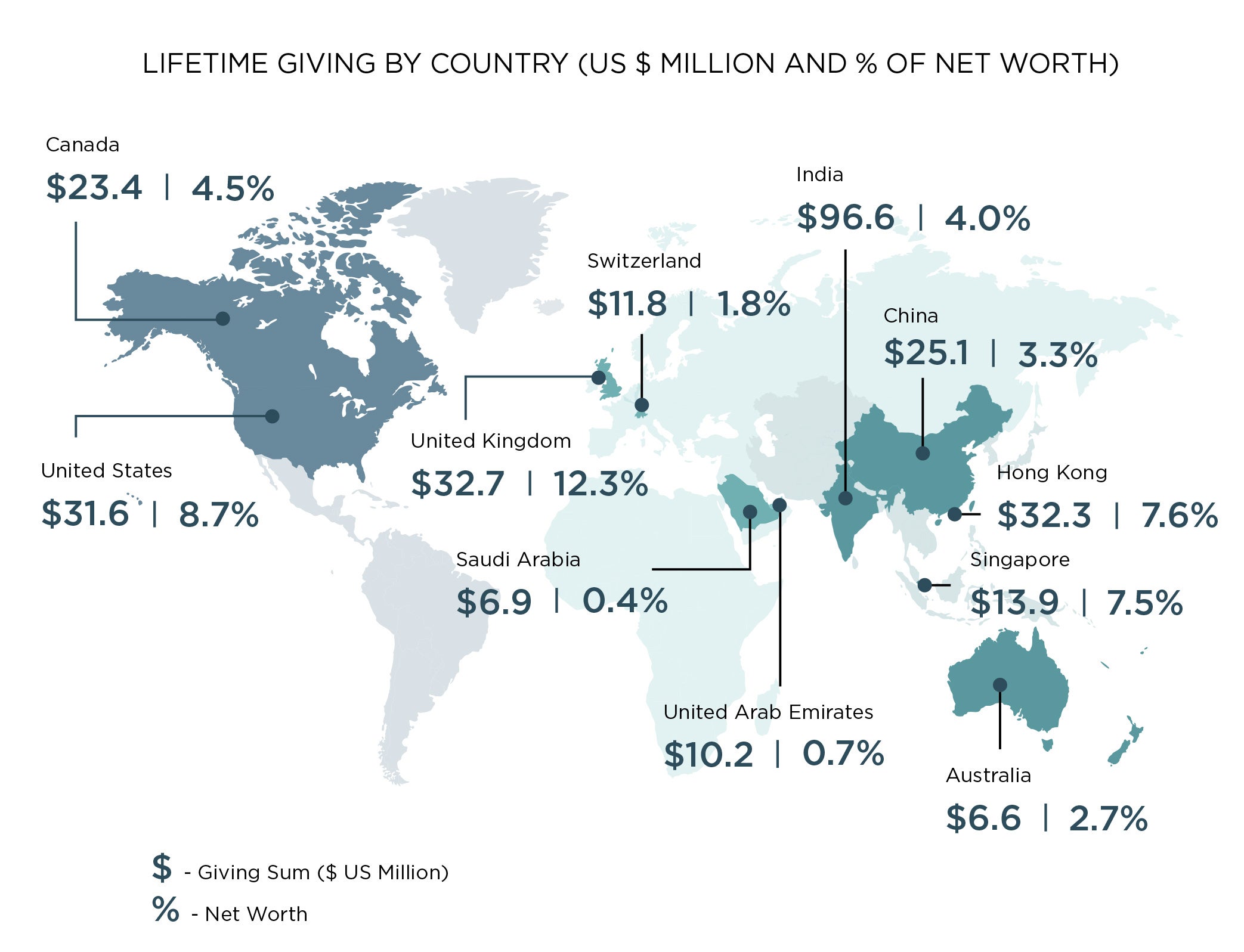 Overwhelmingly, these big time givers are older, above the age of 60.

So where does all that money go? Schools get a hefty chunk. Ultra high net worth philanthropists give to their alma maters. By contrast, religious charities get the biggest portion of giving coming from the entire population. 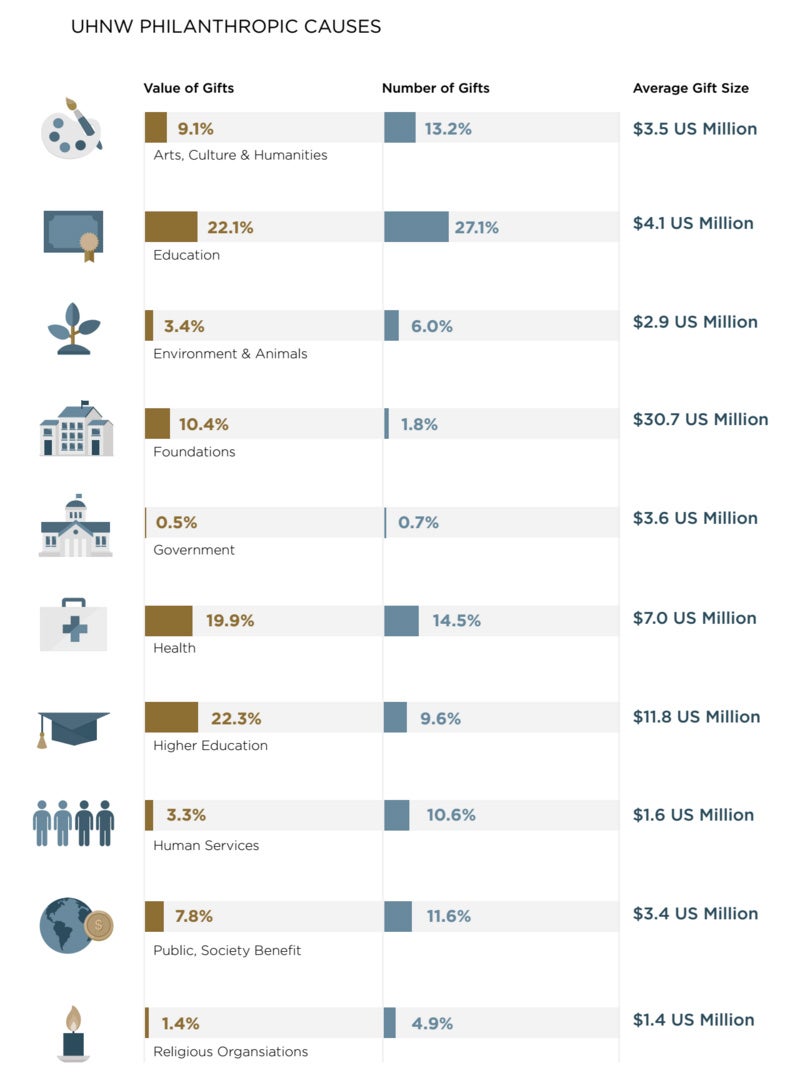 Going forward, expect to see even more philanthropic giving from the world’s ultra-wealthy. Bill Gates and Warren Buffett famously initiated a Giving Pledge in 2010, whereby billionaires commit to giving away more than half of their wealth to charity. As of November, 138 billionaires have taken the pledge.

Also expect that giving will be ever more strategic and targeted in the future. Entrepreneurial-minded ultra high net worth philanthropists are increasingly looking for ways to ensure that their donations are being spent efficiently. That’s given rise to a new space of “venture philanthropy,” according to the report. That includes impact investing, micro investing and other innovative philanthropy tools that include metrics to measure the efficiency of donations.

3 Ways to Use Authenticity to Build Customer Loyalty