This 'Smart Wallet' Found Success on Kickstarter and Indiegogo. So Why Didn't It Deliver?

Samuel Pofcher promised to do something crazy if enough people pledged a dollar or more to his “smart wallet” Kickstarter project. He would have the words “THANK YOU FOREVER” tattooed across his belly.

A month later, his campaign surpassed its $35,000 goal. But the 22-year-old never got the tattoo. And his 315 backers never got their wallets either.

In fact, the Bluetooth wallet -- designed to help users easily locate their iPhones -- doesn’t yet exist. Either through incompetence, poor planning or something more insidious, no one who ordered one of these wallets 16 months ago has ever received one. And what happened to the crowdfunding cash raised remains unclear.

Pofcher and his co-founder on the project, fellow Boston-area aspiring entrepreneur Stephen Lamarre, 26, both said the campaign’s failure to deliver is rooted in a bitter falling out. Pofcher claims Lamarre -- who originally thought up the concept for the product -- was power hungry, demanding a “greedy” equity stake in StreetSmart, the Pelham, N.H.-based startup they’d built around the wallet. Lamarre, for his part, claims he only asked for 5 percent more than his original 50 percent stake in the venture.

The former friends, who no longer speak to each other, said the funds raised on Kickstarter were quickly exhausted on smart wallet prototype designs and materials, and on marketing and PR.

Related: Why the Wallet Is the Perfect Product for Crowdfunding 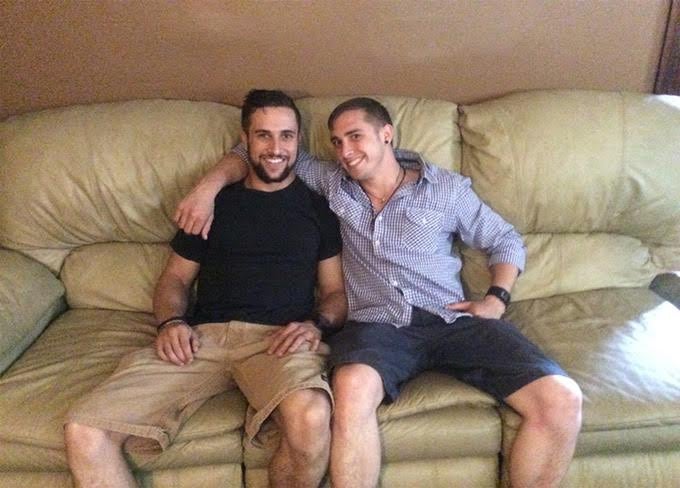 So they double-dipped, like many crowdfunders do, launching the same smart wallet on Indiegogo as they had on Kickstarter. There, StreetSmart checked off another relatively lukewarm crowdfunding victory, ponying up from 100 backers just shy of $12,000, raising their total crowdfunding kitty to $48,237.

This time, Lamarre celebrated StreetSmart’s second crowdfunding win without Pofcher. He’d called it quits two weeks into the Indiegogo run. Pofcher’s departure left Lamarre on the hook for a fledgling enterprise that still needed the basics to launch -- a functional app, Bluetooth integration, a manufacturer, a leather pattern supplier and a lot more, much of it out of his scope of expertise.

Months went by and progress stalled. Lamarre brought on help to replace Pofcher. For one reason or another -- none very clear -- none of the replacements panned out. Again, Lamarre was left to push forward on his own and Kickstarter and Indiegogo backers were left to wonder what happened to their money and their wallet orders.

Related: Kickstarter Hires Journalist to Investigate Campaign That Failed to Deliver to Backers

Mike Waluska is one of those backers. The 27-year-old Memphis resident and solutions engineer pledged $75 for a StreetWise wallet on Indiegogo 12 months ago. Since last August, he has emailed five refund requests to Lamarre. So far, all of his emails have gone unanswered.

He said it’s enough to turn him off of crowdfunding forever.

“This was my first and certainly last contribution to crowdfunding,” Waluska said. “It’s not right, but I don’t expect to ever see my $75 or the wallet. I think these guys are scammers and they need to be exposed -- and stopped -- before they do this again.”

Left empty-handed for months, many of Lamarre and Pofcher’s other backers grew only more furious. An increasing chorus of spurned backers have taken to calling Lamarre and Pofcher “crooks,” “thieves” and “lying con artists,” accusing them of pocketing their money for personal gain.

Pofcher said they’re flat-out wrong. He claims he never spent a single penny from the Kickstarter campaign for personal reasons. “Sadly enough, I walked away with nothing, absolutely nothing,” he said.

For his part, Lamarre said the same goes for him. The money raised on Kickstarter was used strictly for the smart wallet venture, he contends. Nothing more. Ditto for the Indiegogo funds. Yet neither he nor Pofcher are able to produce proof of where the crowd funds were spent. At one point, Lamarre offered to provide us with an itemized list of how it was spent. He never did.

The smart wallet saga hasn’t been enough to stop Lamarre from jumping into crowdfunding again. Six months ago, he launched an Indiegogo crowdfunding campaign for a nutritional supplement dispenser under the brand FitNatic, which he co-founded.

But before it was complete, the campaign for the $500 Keurig-like supplement machine came to a grinding halt. Lamarre postponed the effort after his fellow FitNatic co-founders, Aldo Beqiraj, 25, and Jesse Caruso, 25 -- whom also heavily consulted on both of StreetSmart’s crowdfunding bids -- butted heads over the direction of the company.

In an email to Entrepreneur, Lamarre accused Beqiraj of stealing money from him. But, the day after he made that claim, he asked to recant it.

"I improperly considered what Aldo has done to me and my companies as stealing,” he said. “Aldo had ignorantly used money to develop an app and work with an overseas company to produce the smart wallet. That was never finished, thus causing everyone on the StreetSmart team to have to start merely from scratch. Aldo's track record of what he does to companies is quite evident in his past dealings and outcomes. He took me and my company for a costly test drive, then parted ways, as he has done with every other thing [Company/Campaign] he did not want to follow through with."

Related: How Much Does a Person Typically Donate to a Kickstarter Campaign? Here's Your Answer.

Beqiraj refutes Lamarre’s original claim, maintaining he stole nothing. He also said he’s “pretty sure” the money from the smart wallet’s Kickstarter campaign “was used to pay for a PR company so the second campaign, the Indiegogo campaign, would do better.”

As it turns out, FitNatic Nourish was one of six other crowdfunding efforts that Beqiraj and Caruso were involved with (without Lamarre or Pofcher) that also never delivered. In separate interviews, they blamed the failed campaigns they’ve had their hands in on a litany of similarly complicated founder disagreements and dramas. They also claim the approximately $294,000 in backer money the various unfulfilled campaigns between them garnered was never used for personal purposes.

Beqiraj and Caruso maintain that they are not fraudsters and, despite their differences with them, said Pofcher and Lamarre aren’t either. They’ve all just had “really bad luck with crowdfunding,” Beqiraj said.

A wallet after all?

Determined to succeed, Lamarre said he’s ignoring the haters and forging ahead with making the smart wallet in spite of all the setbacks. He promises that he’s still working to fulfill backers’ pre-orders from both crowdfunding efforts.

“Everything has a learning curve and some would rather quit than learn,” he said. “I am learning and pushing forward while everyone else has quit. I am actively working toward our deadline of mid-February for a completed product, ready to be shipped to our backers.”

In an effort to show that he’s making good on his commitments to backers, Lamarre provided us with the phone number of Michael Taveniku, CEO of a Nashua, N.H.-based streaming data firm called XCube Communication Inc. Taveniku said that Lamarre paid him approximately $7,000 about a year ago to design the wallet’s internal electronic components. Lamarre told us the money he paid to Taveniku was from StreetSmart’s crowdfunding efforts.

“I truly believe [Stephen] will come through on these wallets and provide them to backers,” Taveniku said. “Unfortunately he delegated the work to people who were supposed to do the job and they didn’t do it, and now he’s making it right.”

Of course, it’s in Taveniku’s best interests that Lamarre makes it right and comes through. After all, he plans to take 10 percent ownership of Lamarre’s company “once the wallets get off the ground.”

Taveniku, currently working pro bono for Lamarre, hopes to complete the wallet’s internal electronic designs in “the next couple of weeks.” He said Lamarre will purchase the hardware for the electronics components elsewhere.

Related: Will Equity Crowdfunding Laws Be the Death of Kickstarter?

Another company Lamarre is working with is Allen Manufacturing, Inc. in Lewiston, Maine. David Allen, the owner and president, confirmed that he is building a prototype of the leather portion of the wallet.

Lamarre said he expects to receive that prototype by mid- to late-February -- the same time frame he put forth for delivery of the completed wallet to backers.

Charge & Chat | #StreetSmart Less than 10 Day to Get Your Own #SmartWallet on #Indiegogo http://t.co/GoSOtkuGmR pic.twitter.com/lo4e5t53eY

Even if the wallets are somehow ready to ship out soon -- leather, electrical components, software and companion iPhone app and all -- it seems many of the project’s backers would prefer their money back instead. Lamarre said he refunded some of the people who specifically requested refunds. He would not, however, specify how many refunds he claims to have issued. “I don’t have the exact number off the top of my head.”

Indeed, a handful of Kickstarter backers said, via comments, that they were refunded -- one as recently as 11 days ago.

Meanwhile, others said they have yet to see a cent, and claim to be taking action. A smart wallet Kickstarter backer who goes by the name of Miles Smith says he notified the Federal Trade Commission (FTC) about Pofcher and Lamarre’s failure to deliver.

Related: Take a Step Back. Set a Realistic Goal for Your Crowdfunding Campaign.

“Sam Pofcher and these scammers have stolen nearly $50,000 from backers across both Kickstarter and Indiegogo,” he wrote on Nov. 10 in the comments section on Kickstarter. “Do not let them get away with it! If they get away with it, then other scammers will see how easy it is. Make Sam and the Street ‘Smart’ Brand pay for their crimes.”

The FTC neither confirmed nor denied the existence of Smith’s alleged case. The agency, which last June took unprecedented legal action against a Kickstarter creator who spent crowdfunds mostly on himself, also declined to comment on crowdfunding campaign creators’ responsibilities to backers under the law in general.

Whether a project falls apart due to creator ineptitude or fraud, crowdfunding platforms Indiegogo and Kickstarter aren’t on the hook. They may suspend projects and project creators who abuse their systems, but ultimately it’s not their job to vet creators.

Related: Why Motormood Cancelled Its Kickstarter Campaign Days Before Reaching Its $130,000 Goal

In its Terms of Use, Indiegogo states that it is “under no obligation to become involved in disputes between campaign owners and contributors.” In the event of “any dispute,” however, such as a campaign creator’s failure to comply with its terms or failure to deliver a perk, it will provide campaign creator’s contact information to backers so they can resolve their dispute on their own accord.

Indiegogo would not comment on the StreetSmart campaign. Neither would Kickstarter, which recently hired a journalist to investigate a $3.6 million nano drone campaign that failed to deliver.

A recent study revealed that 1 in 10 projects on Kickstarter fail to deliver their promised rewards. In most cases, the reason isn’t fraud -- it’s that project creators simply fail to prepare for a successful campaign, said Sally Outlaw, co-founder and CEO of Peerbackers.com, a crowdfunding consulting firm. “They don't have a good post-campaign fulfillment plan in place -- addressing, manufacturing, packaging, shipping, inventory storage and even backer communications, etc.”

For backers, that means the onus is on them. “Bottom line,” Outlaw says, “don't contribute more to a project than you can afford to lose.”