9 Lessons Explorers Can Teach You From Their Impossible Expeditions

The most successful explorers in the world have one thing in common: They aren't afraid of failure. The fear of failure can easily overpower your ability to take action and secure opportunities. Here, 10 different explorers -- both modern and historic -- teach you important lessons from their incredible expeditions.

Related: Why You Must Embrace the Danger of Adventure to Lead Effectively

1. Don't take the parachute for granted. 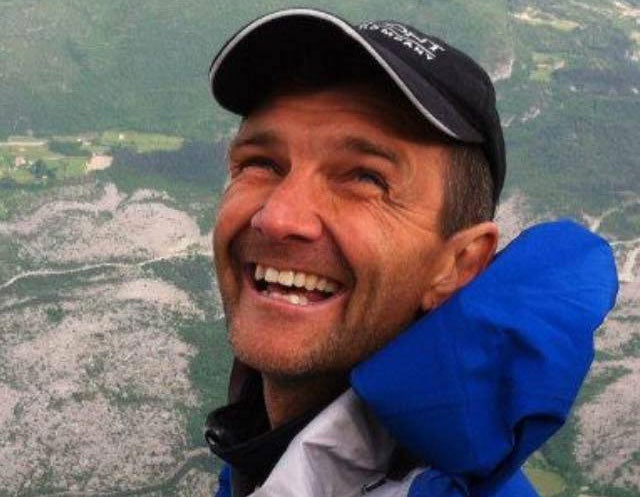 Wingsuit pioneer and British stuntman Gary Connery landed safely after jumping from a helicopter without a parachute. Currently in his mid-40, Gary has stood in for many action films including James Bond, Indiana Jones, Harry Potter and Batman.

Whether you're growing your small business or launching a new startup, most new business ventures face a significant amount of risk with little to no safety net. Harness your resources and build your own landing strip to catch yourself when you fall.

2. Don't hold out for 'better' opportunities. 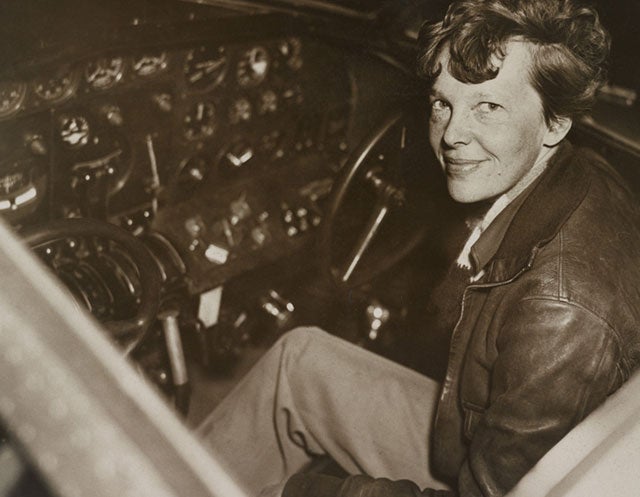 The first woman to fly solo nonstop across the Atlantic Ocean didn't stumble upon the opportunity by mere luck. Amelia Earhart had to fight for her dream. In 1927, Earhart received a phone call asking her to fly across the Atlantic. However, she would only be a passenger along for the perilous ride with two other male pilots.

Though the opportunity posed great risk and was mildly insulting, Amelia agreed. The success of that flight paved the way for Amelia's career in aviation. In 1932, she carved her name in the history books by successfully completing a 14 hour transatlantic solo flight from Newfoundland to Ireland.

Take advantage of opportunities even when the conditions aren't optimal. Savvy entrepreneurs understand that it takes a little elbow grease to achieve success. 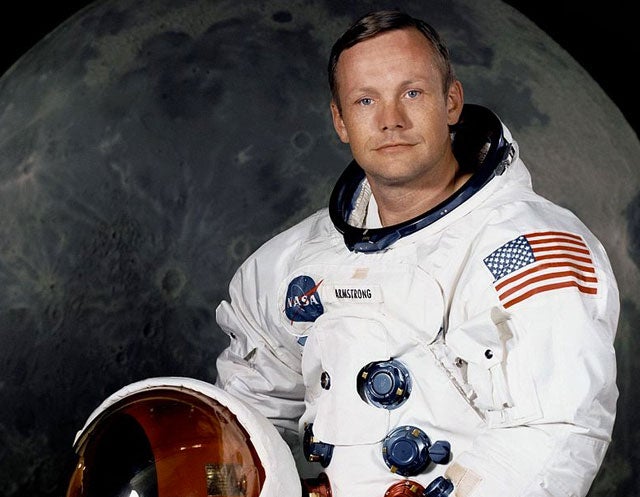 There's nothing riskier than riding on top of a Saturn V rocket with “enough chemical energy to be the equivalent of a small atomic bomb” -- not to mention the threat of being sucked into the vacuum of space.

In 1969, at a great risk of peril, Neil Armstrong became the first person to walk on the moon. The NASA astronaut understood that his mission was bigger than one man and diligently rose to the challenge, evident in his iconic quote, "One small step for man; one giant leap for mankind."

Focus on the job at hand and look at the bigger picture. Push through the pressure to bring yourself closer to accomplishing your goals. 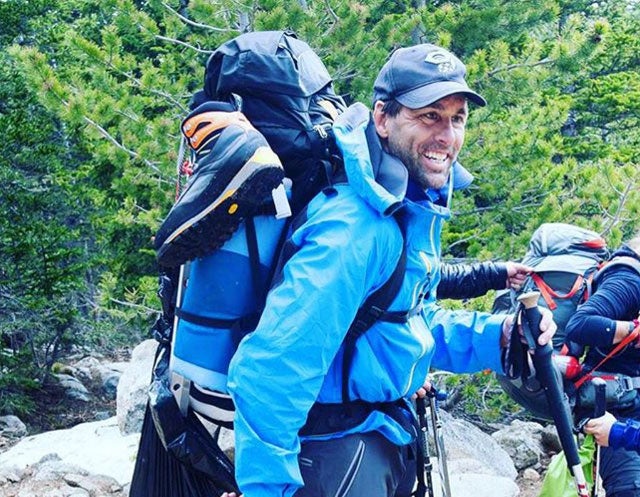 In 2001, Erik Weilhenmayer became the first blind person to climb the summit of Mount Everest -- but his accomplishments only began there. He scaled each continent’s tallest peak (known as the Seven Summits), kayaked 277 miles on the Colorado River and through the Grand Canyon and finished in second place in ABC's Expedition Impossible race through the mountains and deserts of Morocco.

In addition to authoring numerous books, Erik co-founded No Barriers USA to empower people with special challenges to find inner purpose and accomplish their goals.

The way you perceive challenges affects your ability to conquer them. The most successful entrepreneurs overcome even the tallest barriers.

Related: 20 Quotes From Football Legends to Help Take Your Game to the Next Level

5. Market yourself to anyone listening. 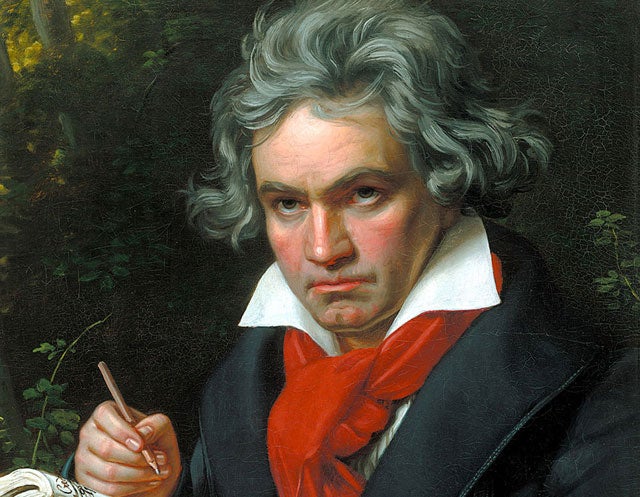 In the early 19th century, Ludwig van Beethoven had to not only be a skilled composer, but an effective entrepreneur as well. As Vienna didn't have a concert hall at the time, Beethoven would host small performances in theaters, ballrooms and restaurants. By 1801, Beethoven's deafness caused him to lose 60 percent of his hearing. Beethoven continued to compose some of his most iconic symphonies despite the challenges posed by the decline of his senses.

In 1808, Beethoven hired the Theater an der Wein to present samples of his large-scale pieces and market his upcoming concert to potential customers. He later premiered several of his most famous pieces, including his 5th Symphony, during his famous four-hour concert in Vienna.

Create a marketing strategy based on your current conditions, and seek new customers. Identify interested markets and target those specific niches.

6. Dedication is the best tool. 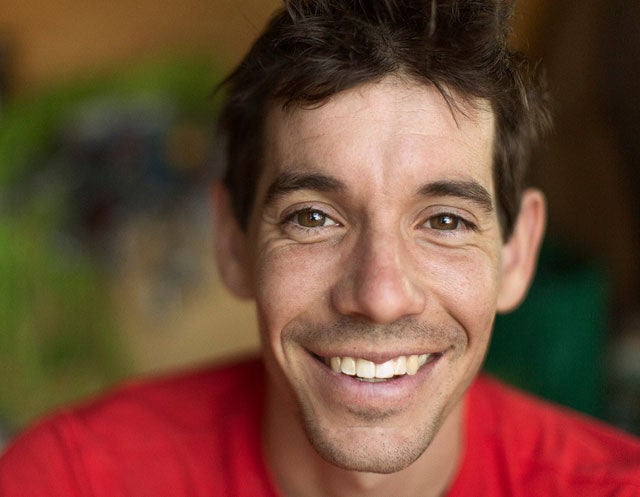 Awarded the Golden Piton for his achievements on three different occasions, Alex Honnold is the only rock climber known to solo-climb the Yosemite Triple Crown -- which took 18 hours and 50 minutes to complete -- and holds the current record for its big wall named "The Nose."

Solo-climbers strategically select climbing sites they can scale without any ropes, often requiring more than 24 hours to complete a full climb. Alex shares his adventures climbing some of the nation's most renowned rock walls in his book, Alone on the Wall, and has been featured by National Geographic more than once.

Building your success is not solely dependent on having the right tools. Begin your ascent diligently -- and don't give up until you reach the top. 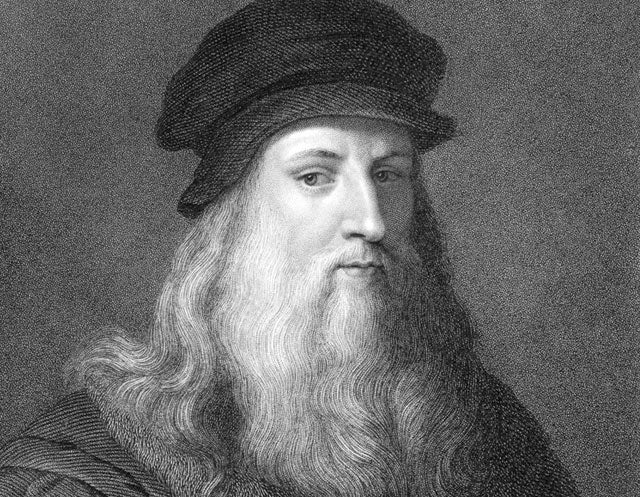 While many of Leonardo da Vinci's inventions were deemed impractical at the time, others held an unparalleled potential to change society. Unfortunately, his genius fell short by his inability to market his inventions. Leonardo's accomplishments earned him a lifetime of fame from a variety of public figures (most notably the King of France) but failed to tap into general public markets.

Leonardo's intellectual journey procured amazing notions centuries ahead of his time -- a single-span bridge he designed for a civil engineering project in 1502 was finally constructed in Norway in 2001.

Understand the market you're targeting before you draw up your business plan. Establish a clear and compelling proposition to the most interested niche of prospects. 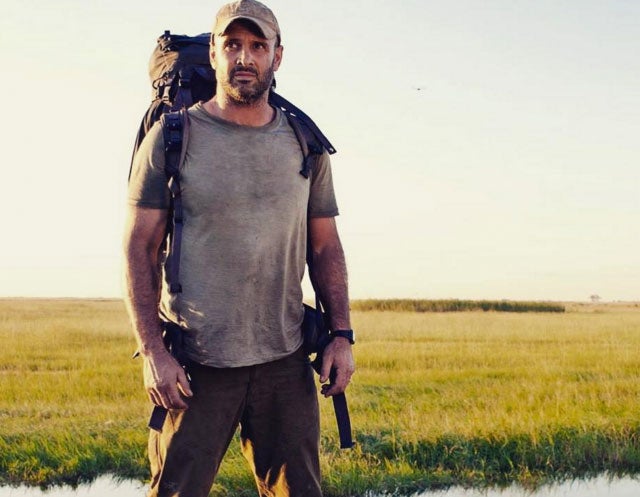 Ed Stafford holds the Guinness World Record for walking the entire length of the Amazon river. His incredible journey spanned over 4,000 miles -- including an 18,000-foot mountain -- taking Ed over two years to complete. He documented every step of his expedition with the intent of raising public awareness to the complexities of the Amazon rainforest.

Video footage from Ed's adventure has been made into a documentary on the Discovery Channel. Ed was later featured in a miniseries, "Naked and Marooned," where he survived alone for 60 days without clothes, gear, tools, food or water.

In the business world, the road less traveled often holds the greatest hidden value. Chart your own path to success without following the steps of others. 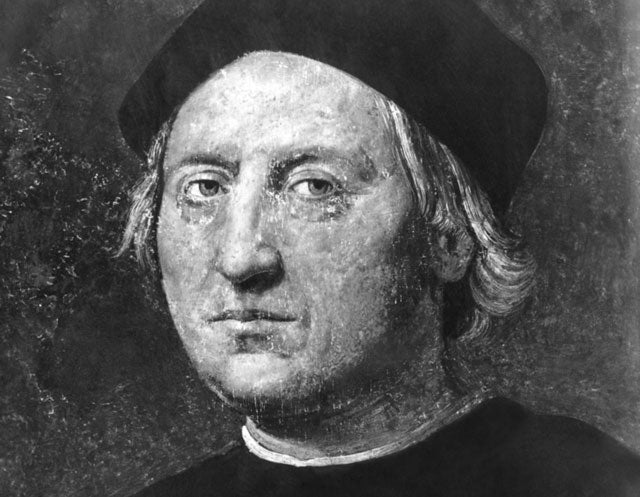 When he sailed the ocean blue in 1492, Christopher Columbus was embarking on a journey that would change the world forever. He intended to prove the earth was round by charting a new trade route to China and India. His initial proposal in 1486 was rejected by a number of parties, including the Portuguese King, the leaders of Genoa and Venice and the Spanish Monarchy.

Determined to change the world, Columbus returned to the Spanish Monarchy in 1492, after Spain defeated the Muslims -- and this time his proposal was accepted. While his voyage didn't take him to Asia as planned, his discovery of "the new world" was greater than anyone could have imagined at the time.

It only takes one "yes" to make launch you or your business into success.  Don't be surprised if your journey takes you somewhere different than where you set out for.

The world is full of explorers ready to conquer whatever obstacles they encounter along the way. As an entrepreneur or small-business owner, you must be willing to take risks in order for your business to succeed. As the social media entrepreneur Mark Zuckerberg said, "The biggest risk is not taking any risk... In a world that's changing really quickly, the only strategy that is guaranteed to fail is not taking risks."

What lessons have you learned from the world’s greatest explorers? Have any individuals inspired you to change your business strategies?

How to Think Like an Entrepreneur, According to Reid Hoffman

The Power of The Paradox Mindset

In His Own Words: Mark Wahlberg's Secret to Success