Entrepreneurs Rank High Among the 50 Wealthiest People in the World

Those wealthiest billionaires operate in a different orbit than the rest of us. They have the kind of money that most of us can’t even properly understand.

The wealthiest people in the world come from all across the globe and a wide variety of industries, but one common thread is that many of the people on the list are entrepreneurs. Of course, there is no guarantee of financial success when launching a business. But it’s definitely one path to the top.

For a bit of mid-winter inspiration, have a look at this newly released list of the 50 wealthiest people in the world. And then, get over your winter doldrums and get your hustle on. 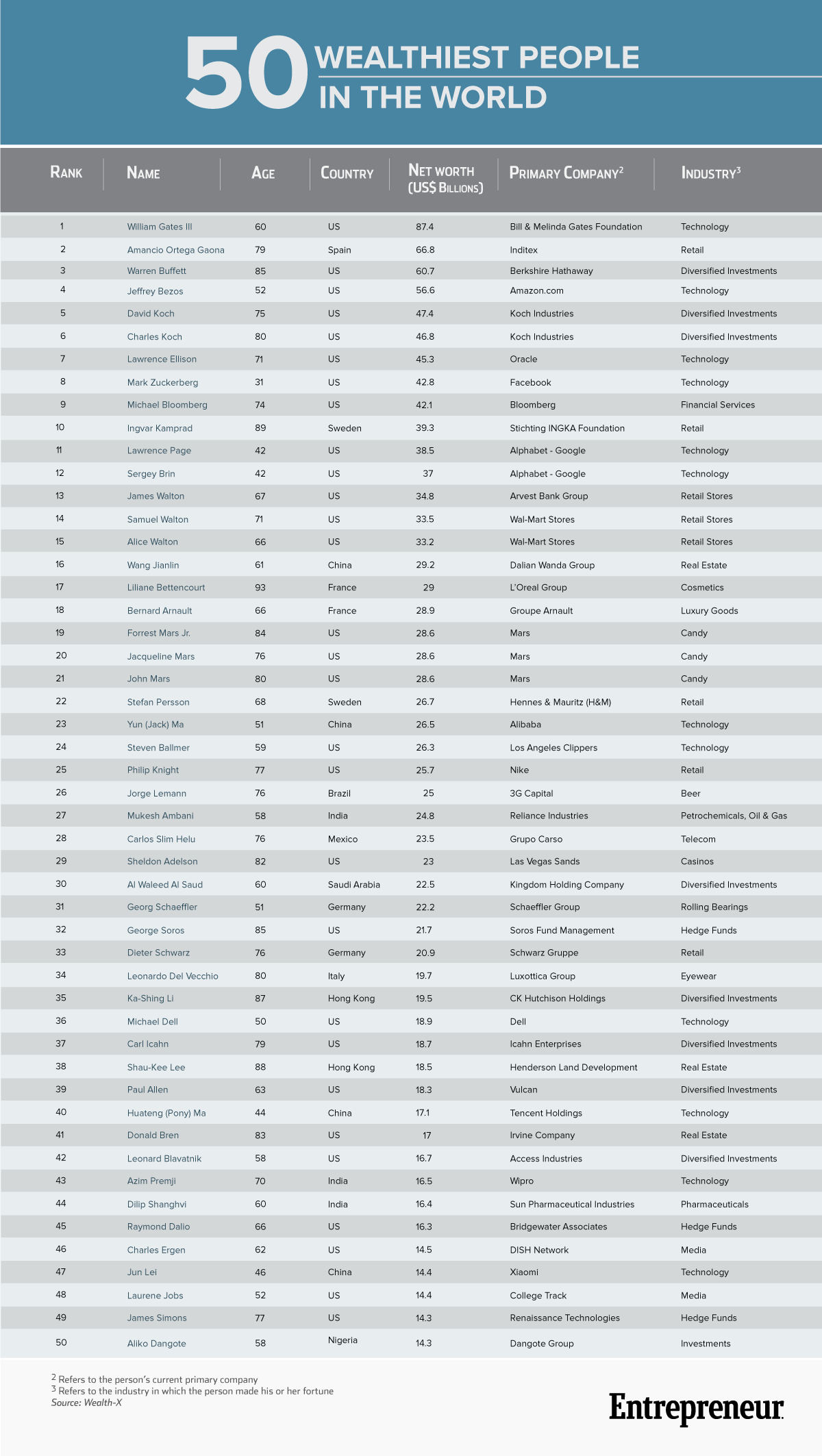 Related: The Top 25 Self-Made Billionaires In the World