Serial entrepreneur Aamer Sarfraz knows that raising money to launch or grow your business is painful. He says he has invented a better way.

Sarfraz aims to bring royalty finance to entrepreneurs. Instead of compensating investors with equity, entrepreneurs raising an R round through the new firm Draper Oakwood will pay investors back with a small percentage of their future earnings.

The investment house had something of a soft-launch in January, though it hasn’t yet made any investments. Draper Oakwood is waiting for the U.K. federal regulatory paperwork to be approved. The growth capital firm has deals in the works, but none have been finalized yet.

Why do entrepreneurs need a new option?

Fundraising for your business “is an ongoing miserable process,” Sarfraz says. Banks are often not set up to work with entrepreneurs, and venture capitalists have to be focused on making an aggressive return on their money. “If you take perfectly nice, perfectly decent individuals and make them a bank or credit officer, they suddenly become very difficult to work with,” he says.

Related: How Much Does a Person Typically Donate to a Kickstarter Campaign? Here's Your Answer.

Sarfraz has both raised money as an entrepreneur and invested in other startups. His goal in establishing Draper Oakwood is to make “entrepreneur friendly” capital, he says.

So how does an R round work?

1. Loans are paid back with a 5 percent interest rate.

An R round investment made through London-quartered Draper Oakwood will be paid back by the entrepreneur as a percentage of future earnings at a rate of approximately 5 percent, explains Sarfraz. A business owner only pays back Draper Oakwood in months when revenue is positive. If the business is not making money, then Draper Oakwood does not get repaid in that month.

2. You do not give away any equity in your company.

Unlike a venture capital investment, Draper Oakwood does not take any equity from a company that it invests in. You keep your company.

3. Loan decisions depend entirely on your revenue.

Unlike bank debt, Draper Oakwood does not require personal guarantees. Instead, the capital investment firm decides whether to invest in a company based on its ability to generate revenue.

That means that it’s not for everyone. As appealing as an R round sounds for the right entrepreneur, it’s not a panacea for the lending market.

“It's definitely interesting for the right types of companies, but is not a fit for everyone. The economics typically only work for companies with high gross margins and the amount a company can borrow is limited based on its existing revenue,” says Ryan Feit, CEO and co-founder of SeedInvest, an equity crowdfunding platform, in an email to Entrepreneur. “I see it as another tool in an entrepreneur's’ toolkit. It’s only a fit for a subset of companies.”

Related: Tips for Entrepreneurs Who Must Brave the Venture-Capital Gauntlet

4. Loans are bigger than equity crowdfunding raises with repayment multiples much lower than venture capital raises.

The benefit of an R fund over crowdfunding, Sarfraz says, is that crowdfunding rounds are typically limited in size. And so while equity crowdfunding is “great for seed businesses,” Sarfraz says, a more mature business can’t raise the tens of millions of dollars that it needs to scale.

Terms and conditions of each deal are negotiated on a case-by-case basis, but Sarfraz says that loans range from between $5 million and $20 million or about one third of the annual revenue of a company. Repayment is expected between five and seven years at between two and a half or three times the amount loaned out. By comparison, venture capital investors are typically looking for about 10 times a return on their investment.

5. You are on your own with the money.

Whereas a venture capitalist expects that an investment in a company also buys a seat in the boardroom table, that is not what Draper Oakwood expects. To the contrary. Venture capital investors promise that with their money they will also bring a startup entrepreneur the “value add” of experience, connections and networking. Often, that ends up being an empty promise. 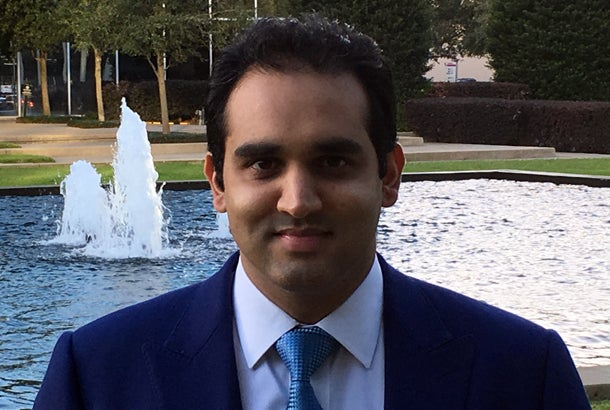 “Let’s give you the capital you need to go run your business,” Sarfraz says.

To be sure, if an entrepreneur has a question, the Draper Oakwood team will do what it can to help. Draper Oakwood is launching under the wing of legendary venture capitalist Tim Draper, and because Draper is a senior advisor of Draper Oakwood, the growth-capital startup has access to the larger network of Draper’s investment portfolio and contacts, called the Draper Venture Network. But advice and guidance does not come standard with an R round investment.

What does it mean for investors?

Draper Oakwood is starting off the capital growth fund with about $200 million raised primarily from private European family funds. Not only does the capital firm offer a different approach for entrepreneurs, it also offers a different approach for the investors. Where a venture capital firm makes 10 bets hoping that one will be successful, Draper Oakwood makes investments on companies that are more likely to show consistent, steady growth.

Virtually the only qualification that Draper Oakwood looks for is a company’s revenue. If a company does not already have an existing revenue stream, then it will not fit the Draper Oakwood lending model. That in and of itself is a break from the mold. In a world where Facebook paid $1 billion for Instagram, a company which, at the time, was not generating revenue, the slow-and-steady donkeys of the business world are largely being overlooked in favor of the thrill of chasing the elusive home-run, blockbuster unicorn.

“Everyone these days is after unicorns, which we think is ridiculous. We don’t want imaginary flying horses to invest in. We want nice, stable businesses which are going to generate revenue. That’s the big difference,” Sarfraz says. “We prefer investing in donkeys [rather] than unicorns.”