Burger King is about to change up its menu in a big way.

That’s what Alex Macedo, Burger King’s president of North American operations, said as he introduced the chain’s newest product—Grilled Dogs. “It’s so obvious,” he said. “I don’t know why we didn’t do this before.” The company worked for a year and a half to make a product reminiscent of an outdoor barbecue, grill marks included.

The Grilled Dogs were tested in five cities last year: Salt Lake City, Memphis, Baltimore, Detroit, and Kansas City. Following a successful market test, and the biggest in Burger King’s history, they will finally be rolled out to all of its U.S. locations on Feb. 23. Macedo says it’s the most significant change to the fast food giant’s menu since it began offering chicken in 1979.

There are two variations: a classic hot dog with relish, chopped onions, ketchup, and mustard; and a chili cheese dog. They’re made with 100% beef and cost $1.99 and $2.29 respectively. According to The Impulsive Buy, the chain also tested a “Rodeo” hot dog with onion rings, cheese, and barbecue sauce, an “A1 Ultimate” with bacon, cheese, and A1 sauce, and a corn dog—none of which made it to the permanent menu. 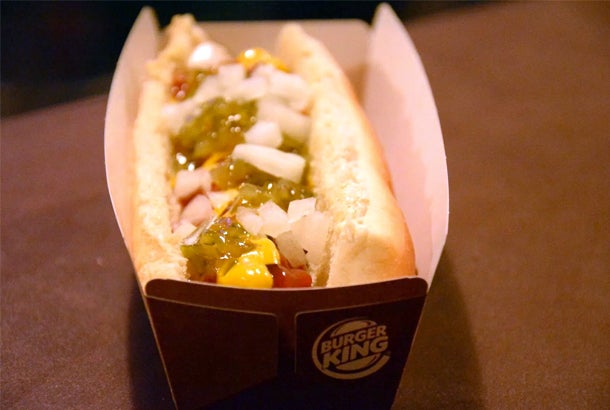 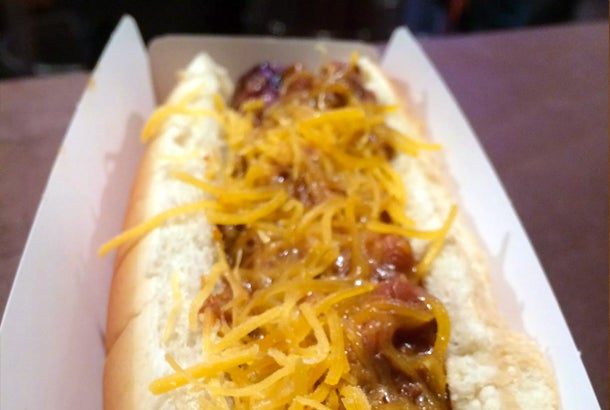 If the classic or chili cheese varieties aren’t to your liking, customizations are available. Macedo noted that there are over 200,000 ways to order a Whopper, and he wants this to be “the Whopper of hot dogs.” Though it’s a significantly different addition, he’s confident that operations won’t be slowed down. After team members watch a couple of training videos narrated by Snoop Dogg and Charo, the hot dogs should be just as easy to make as any other product.

He added that while other quick service restaurants are trying to be different and move more toward the “fast casual” realm, Burger King wants to “keep it simple and align with the essence of the brand.” Macedo expects the new products to bring in a lot of growth, though he wouldn’t speculate how much.