Small Banks More Likely to Give Businesses the Funds They Need, Fed Says

Small-business owners seeking funding are better off going to small banks, according to a recent report by the Federal Reserve.

Small banks provided some of the financing to 76 percent of small businesses while large banks approved loans for 58 percent of those that applied.

Forty seven percent of small businesses that took part in a Federal Reserve study, most of which are in professional services and real estate, reported that they had sought financing within the last 12 months. Half of the applicants said that they were approved for the amount they applied for. 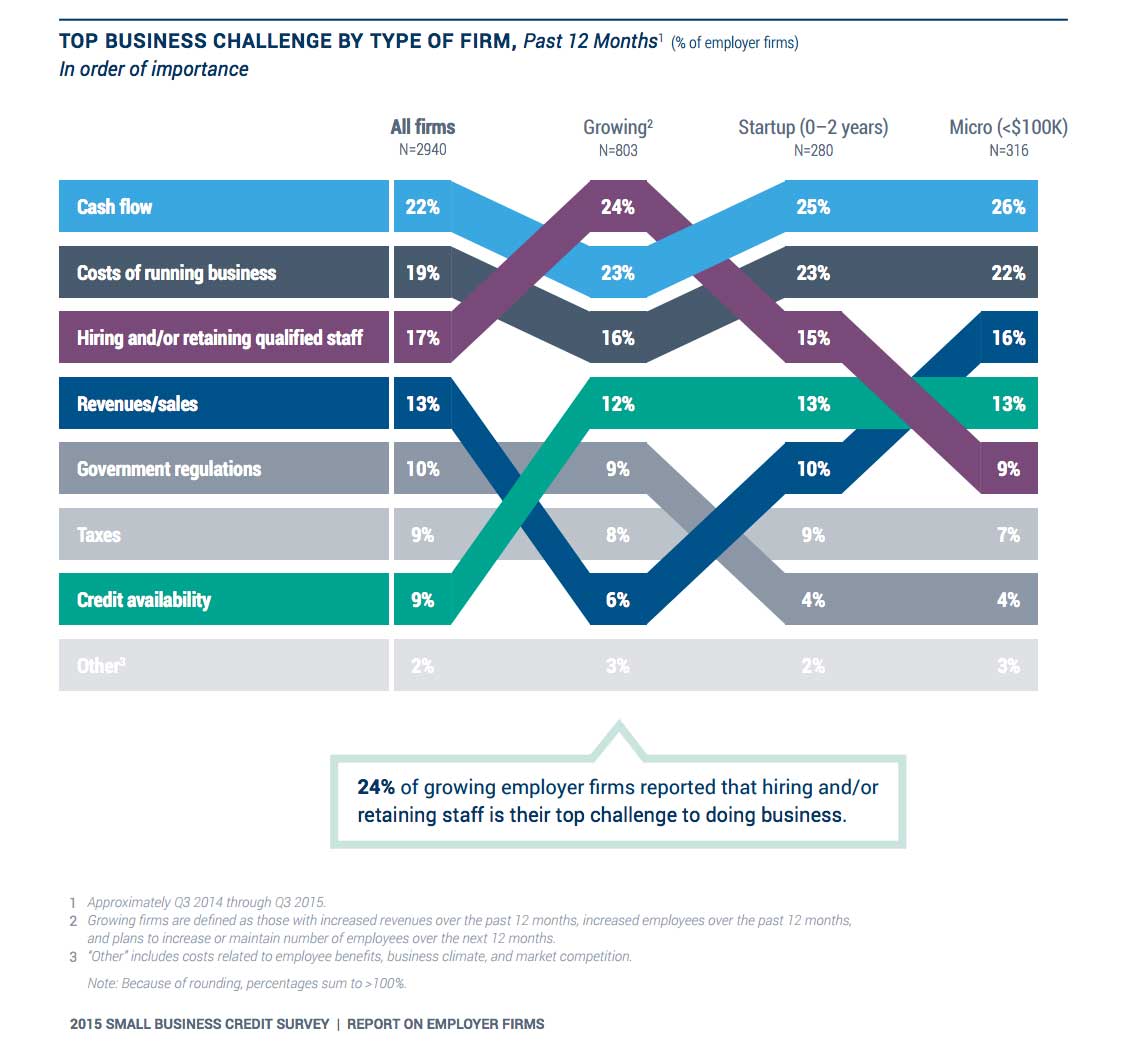 Related: 4 Ways to Strategically Use New Funding to Boost Your Small Business

Startups that had been around for anywhere up to two years, or companies that were bringing in less than $100,000 a year (classified as microbusinesses), reported that they ran into issues with getting the financing they need. Sixty three percent of microbusinesses and 58 percent of startups reported experiencing credit shortfalls.

When it comes to the inherent trials involved in keeping a business afloat, 22 percent of those businesses polled said that cash flow was the biggest challenge they were facing, while 24 percent of growing companies cited hiring and keeping on the best employees as a number-one priority. Sixty three percent of respondents said that they held debt.

For more about business financing and credit, check out the full report here.