3 Sharp Business Lessons Entrepreneurs Can Learn From Cats, Care of the Host of 'My Cat From Hell'

Jackson Galaxy has dealt with more than a few difficult personalities. And we’re not talking the human kind. Think cats, our furry, finicky feline friends.

You might recognize Galaxy, a self-described “cat daddy” and cat expert from My Cat From Hell, his popular show on Animal Planet. He’s trained and tamed thousands of kitties -- cute, cuddly ones and hellcats included -- in his 20 years as a cat behaviorist.

What you might not know about the Los Angeles-based bearded soothsayer is that he’s also a seasoned entrepreneur. Back in 2002, he launched his own private cat-training consultancy, Little Big Cat, Inc and used his techniques at his nonprofit, on TV and in animal shelters, where he first fell for working with felines. He also co-founded Spirit Essences, a holistic remedy supplier for pets.

We called the tattooed-celebrity feline tamer, who recently published his third cat advice book, Catify to Satisfy, to pick his brain for lessons that entrepreneurs can learn from cats. (Seriously, kitties have long been believed to be sage creatures.) If you really pay attention -- and if they let you close enough -- you can pick up quite a bit wisdom from them.

Here are Galaxy’s top three business lessons you can learn from cats: 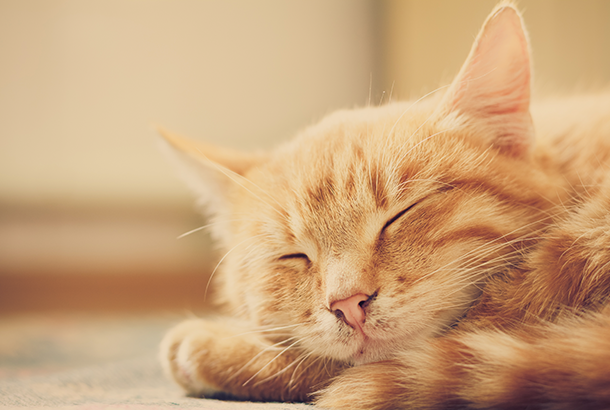 They don’t call a good, hard sleep a cat nap for nothing. Kitties snooze up to 16 luxurious hours a day and sometimes a lot more, according to Galaxy. Lucky creatures. No doubt you’d do your body good if you took a page out of their lazy book.

“I’m not suggesting that you sleep all day like they do,” Galaxy says, “but you should at least clock enough zzzs to be able to function at your best the next day.”

Galaxy, who often hits the road and the skies to promote his books, products and show, admits he doesn’t follow his own advice here. “Oh, God, I hardly ever sleep,” he says. “I’m a bit of an insomniac, and I tend to do my best work in the middle of the night.” Hmmm, he’s nocturnal, like a cat. Go figure.

2. Hunt your prey patiently, and know when to pounce. 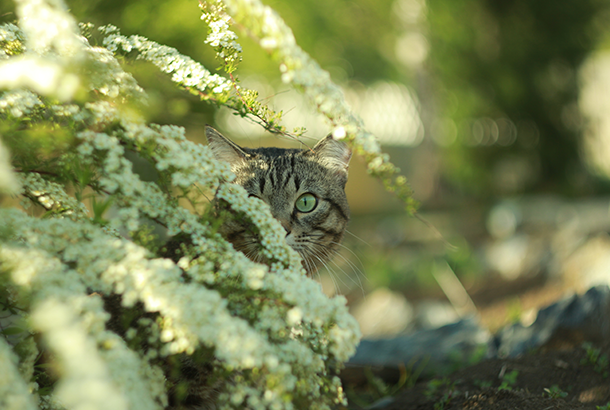 In business, your goal is to hunt and catch as many customers as possible. Well, not literally, but you know what we mean. If you rush building relationships with them, or come on too strong too fast, you could scare them away. Relax, sit back and go after them like an agile cat, Galaxy says. Slow and steady wins the race.

“When cats are outside in a bush stalking a mouse,” he says “they just watch and wait for that right moment. They’re never too late and never too early. And, when it’s time -- boom! -- they strike. Sometimes their lives depend on it.”

Your business depends on attracting and keeping customers for survival, so be sure to pounce at the perfect moment and not a moment earlier.

Cats are built to pounce on their prey, and they conserve their energy for the attack. Similarly, Galaxy says business owners shouldn’t waste their time or energy on methods of attracting customers that aren’t paying off. “Save it, like cats do, for a meal that will fill you up. Play it right and you'll have customers that will continue to feed your business, in the beginning and for the days ahead.” 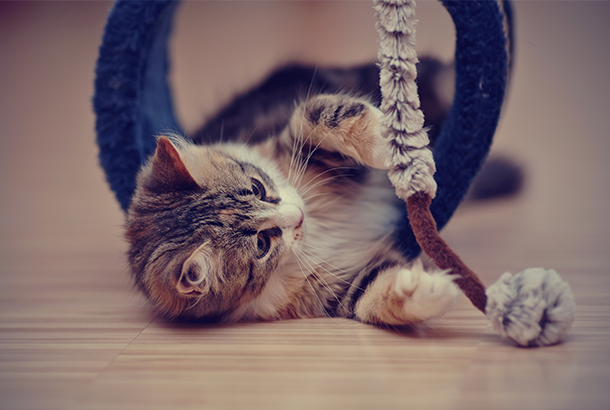 All work and no play makes Mr. Whiskers a dull cat. The same goes for entrepreneurs. Galaxy says if you burn the candle at both ends -- at the office and at home -- your professional life and your personal life will suffer. No one can run a business on empty, so refuel by taking time out of each day to play like a cat. Relax. Refuel. Repeat.

“You have to nurture yourself, let yourself go from time to time, spend time wondering at nature or just laying around like a cat,” he says. “Without balancing play and work, you’re guaranteed to not to think at your desk or out in the field. Your ability to make important business decisions just dwindles. If all you do is work, you don’t have a life.” Wise words indeed.