By Sindhu Hariharan April 26, 2016
Opinions expressed by Entrepreneur contributors are their own.
You're reading Entrepreneur Middle East, an international franchise of Entrepreneur Media.

Zeroing down on the Middle East market as its next frontier for expansion, luxury fashion e-retailer YOOX Net-A-Porter Group (YNAP) has raised €100 million in equity stake, from Dubai’s business house Alabbar Enterprises, founded and owned by Mohamed Alabbar. Alabbar is also the founder and chairman of Emaar Properties, the group behind various malls and retail businesses in Dubai, including The Dubai Mall. Alabbar gains a 4% stake in YNAP as a result of the capital raise, which is in the form of 3,571,428 shares issued at €28 per share- a premium of 5.7% on YNAP’s share price. Alabbar has also committed to an 18-month lock-up period on the subscribed shares.

"With an unrivalled product offering and superior customer experience, I look forward to collaborating with the Management team and Board [of YNAP], as the Group further expands within the region,” Alabbar, Chairman of Emaar Properties and Emaar Malls Group, said in a statement. YNAP came into existence with the merger of YOOX Group (an Internet partner for fashion retailers) and luxury fashion retailer, Net-A-Porter, in October 2015. Federico Marchetti, CEO, YNAP, considers the partnership with Alabbar a valuable one, since he expects Alabbar’s track record in delivering luxury and retail experiences across Middle East to facilitate YNAP’s growth in the region’s luxury market. 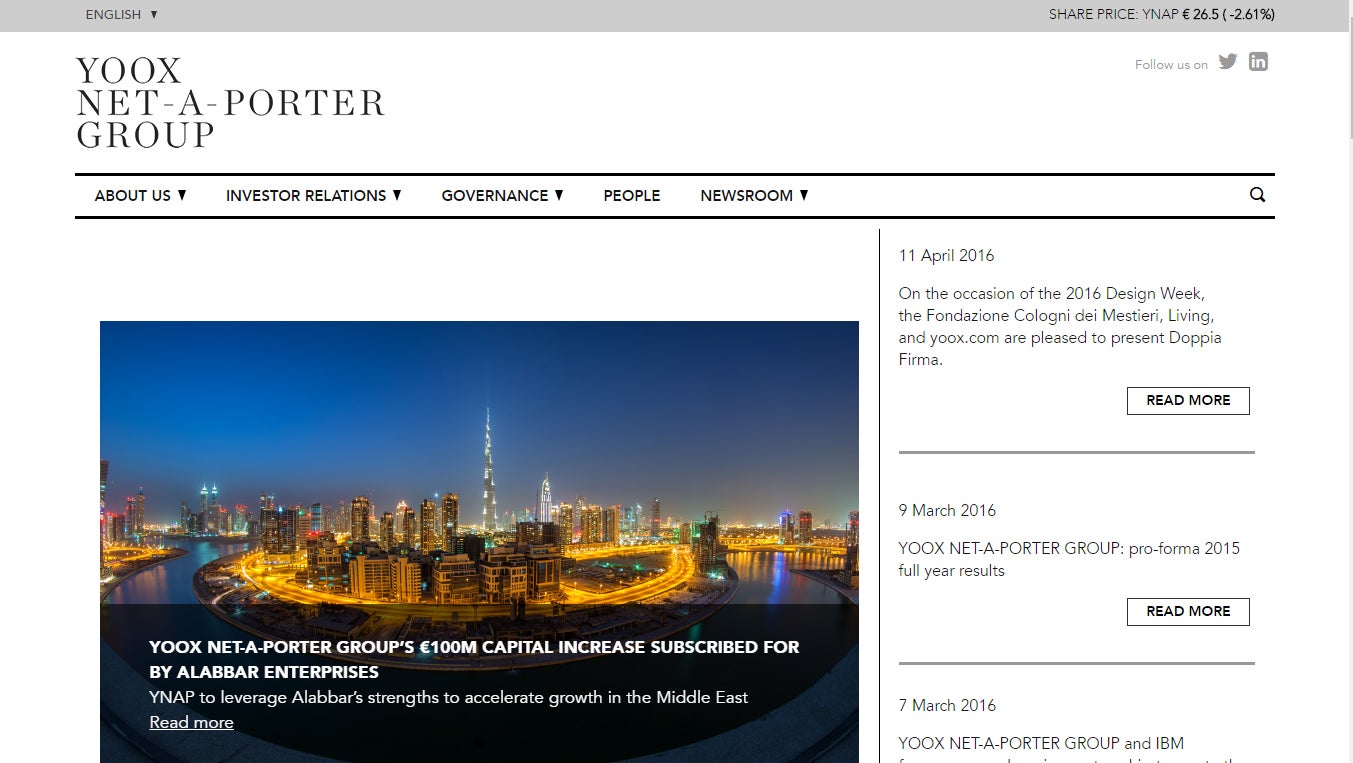 Citing the Euromonitor Passport estimates of January 2016 for the luxury personal goods market, YNAP says that the Middle East holds almost a 5% share of global luxury consumption and has been witnessing growing e-commerce penetration in this retail segment. YNAP plans to deploy the funding over the years 2016-2018 to localize their business in key geographies, develop an omni-channel tech-logistics platform and to invest in customer service innovation.

Related: The Luxury Closet Is Dressed To Impress With US$1 Million Raise From Wamda Capital