Let the business resources in our guide inspire you and help you achieve your goals in 2021.
Tom Brant
News reporter
August 3, 2016 2 min read
This story originally appeared on PCMag


Disney wants to give its guests a more personalized experience.

A recently granted patent describes a system of sensors and cloud-connected computers that Disney can use to recognize guests based on the shape and size of their feet. Once guests are recognized, robots roaming around the amusement park could greet them by name, and would also memorize their favorite Disney character, favorite food, hometown and favorite ride.

The sensors would be incorporated into specific "stations," which might be in a ride or other attraction, or even in a wall. Working with cameras, they would capture data such as the shoe's tread pattern, how worn the shoe is and if there are any stains or gum attached to the bottom. 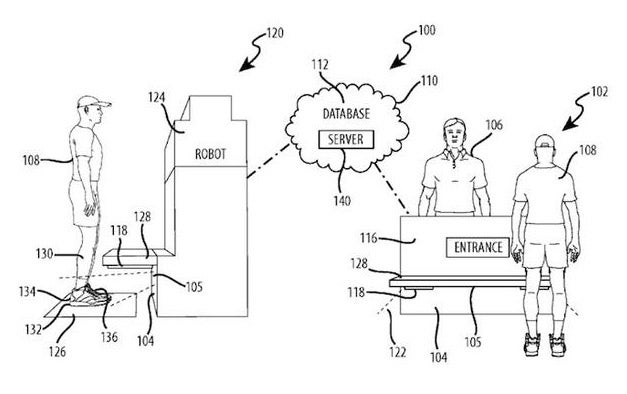 That data would then be uploaded to the cloud for all the park's sensors to access. When the guest shows up at another sensor location or meets a robot, it would access his or her profile to offer customized experiences.

Disney came up with the idea because it considers other methods of guest tracking, such as fingerprint or eye scans, to be "rather invasive."

"These methods are obtrusive and some guests may not feel comfortable providing this type of biometric information to a third party," according to the patent filing.

As the Orlando Sentinel points out, though, Disney already has many other ways to track amusement park guests, including MagicBands -- RFID bracelets that function as theme-park tickets -- FastPasses, hotel keys and credit card transaction data.

10 Incredible and Surprising Facts About Disney

Disney to Ditch Netflix and Start its Own Streaming Service

What Does the 'Star Wars' Universe Smell Like? Head to Disney.

Disney Can Fly Drones After Unblocking Its Parks' No-fly Zones