Lessons From The Toughest Bosses That Ever Were

If you’ve managed to work your entire career till now without serving under a nightmare boss, then you are one of the lucky ones. But while I’m sure most of us have a tale or two to share about a dreadful manager that we were more than glad to see the last of, what exactly constitutes a horrible boss?

Let’s say, for example, we’ve got a pushy, borderline abusive tyrant who delivers great results and whose efforts are therefore leading to a more secure company for all employees. Revenues continue to rise and healthy profits ensure job stability and salary increases and bonuses and etc. Would the negative atmosphere be more tolerable under such circumstances?

And what about those who are direct, military- or coach-type leaders because they simply believe that people need to be pushed in order to realize their full potential? Indeed, many leaders –whether in the boardroom or on the playing field or in an educational environment– believe wholeheartedly that if you let people settle for less than their best, they will settle.

To add even more fuel to the debate, let’s now look at the flipside: the boss who is nice as pie but consistently fails to deliver from a business perspective. The results are missed expectations on a lot of different fronts, one of which is finances– meaning job security is anything but great in such an environment. We wouldn’t want that now, would we?

There is a single answer to the above questions: good leadership is all about balance. A good boss should motivate through encouragement and guidance where possible, but be strong and demanding enough to pull things in line when necessary; someone who is not afraid to let employees know when more is expected of them, but finds the right approach and the right language for it most of the time.

But let’s be clear: that balance is not common. And while I don’t want to say that most bosses are bad, I will say that most people struggle in general to find the right balance in dealing with other people. Which is why many of those hardcore “get results” leaders at some point just say to themselves: “The heck with it. I’m just going to be a ‘get it done at all cost’ type of leader, because trying to find that balance is too hard for me.” Or they simply believe that the carrot approach or the sugar coating of things is a waste of time. Or they simply are just the way they are and don’t give it another thought.

We’re now going to explore three examples of leaders from the past who carried themselves in just such a manner. They certainly got the job done, and their names are forever in the history books because of their successes; but their names are also in the history books for the way in which they achieved their results. Whether that’s a black shadow or not –or whether it even matters– will I imagine always be a key talking point in business schools around the world. 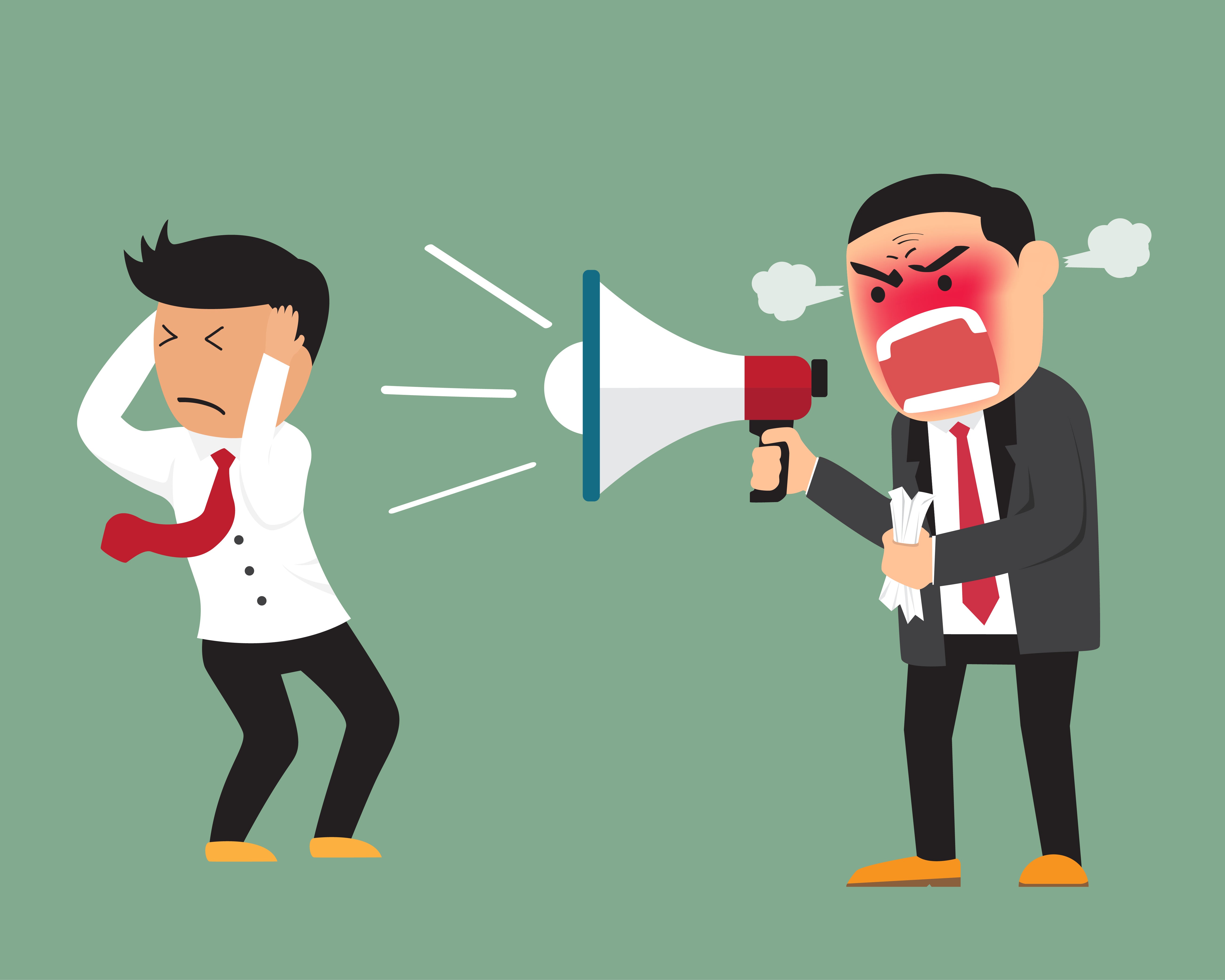 Related: Why You And Your Boss Need To Work On Your Emotional Intelligence

Hotelier and real estate investor Leona Helmsley became the face of 1980s American capitalism, amassing a personal fortune in the region of $5 billion along the way. Unfortunately for those who worked under her, however, she was able to accumulate this wealth by penny-pinching on workers’ wages and terrorizing her employees into doing her bidding. There are plenty of stories that highlight just how mean-spirited Helmsley was towards her employees, and her cruelty and disdain towards the people below her –who she once described as “the little people”– was so ingrained in her character it earned her the nickname the “Queen of Mean”.

Helmsley’s tactic for getting results was to demoralize and demean her workforce to the point that they dared not disobey her commands. She was, in fact, so feared by her staff that they went to the effort of rigging an alarm system that sounded whenever Helmsley left her home and was thought to be en route to one of her many hotels.

And it appears her staff had every reason to brace themselves for her presence. Helmsley was famed for sacking employees –for the slightest indiscretions– in the most humiliating ways imaginable. Former employees report her launching into expletive-filled character assassinations before firing staff on the spot in front of other colleagues. Others reported that Helmsley would call staff into her office when she was being fitted with expensive dresses to tell them they no longer had a job.

It’s no wonder then, that when Helmsley faced legal troubles later in life, the list of former staff willing to testify against her was very long indeed.

For our next example of managerial madness, we must leap back to the early 1900s. John H. Patterson was a prominent American entrepreneur who made his fortune manufacturing and distributing the first mechanical cash register through his company called the National Cash Register Company (NCR).

Many of Patterson’s business processes could be considered revolutionary: He was one of the first to send salesmen into the field equipped with sales scripts, and he carved out defined territories for each of his reps– practices that are of course very commonplace today.

But he was also revolutionary in other ways– ways that showcased an almost insane level of control that went far beyond the rational. Patterson, for example, would insist that staff members showered on company time so he knew they had done so, and also liked to control what they could and couldn’t eat.

Much like Leona Helmsley, Patterson was also a fan of public and humiliating firings. He once let a worker know he no longer had a job by placing his desk, files, and other belongings on the lawn to be discovered by the hapless employee on his arriving at the office. Many of these firings were done for “motivational” purposes, according to Patterson, which is why what would often follow was the chance for the terminated employee to beg for his or her job back, with Patterson relenting but only according to new working terms and a reduced salary.

Related: Five Tips To Communicate Better As A Leader

Henry Ford –in his own words, “the inventor of the modern age”– is one of the most successful and well-respected American businessmen of all time. The methods that allowed him to achieve this status, however, do little to warrant respect. Ford considered his staff drones– there to do a job and that’s it.

To keep his workforce focused on this goal, they were afforded just one 15-minute break a day, while anything that could be considered a distraction was banned, including talking, singing, whistling, and sitting down. Even smiling was discouraged.

And in order to prevent a backlash or any sort of dissent spreading through the ranks, Ford employed an army of henchmen who went by the name the “Ford Service Department.” Anyone caught discussing unions or workers rights was swiftly “dealt with.”

Ford’s contract structure was also very unusual– and highlighted how his expectations of his employees went beyond the work environment. Specifically, he offered a flat wage of $5 a day to his staff –double the going rate in 1914– but only 60% of that was guaranteed. The remainder was paid out only as long as the employee “lived the American way”, meaning no drinking, smoking, gambling, or divorce.

So a few examples that I put forward not just to have a bit of fun, but, as I hinted at the outset of the article, as part of the overall debate around what constitutes a good boss. And I’d say the reality is that many case studies highlighting those harsh bosses out there from both past and present show us that the personality of the individual and the results achieved are not necessarily worth linking up. That is, trying to link them up isn’t going to tell us what we want to hear– which is that being a good boss is also about being an empathetic person who actually does care about the feelings of others and considers the impact words and actions have on employees.

Many leaders will in fact argue that being a good boss is about bringing results– building big companies that see steady revenue growth and solid profits; and that the behavior of the boss doesn’t really matter at the end of the day if those results are indeed achieved. In other words, nice or not, results are results, and so as long as everything is done legally and by the book, why should the character of the CEO even be brought into the debate?

Of course there’s also a big number of leaders (though probably not nearly enough) who believe that to build something great you have to respect the human element or you won’t get very far. Research certainly indicates that self-sacrificing leaders tend to build teams that are more loyal, committed, and likely to go above and beyond for the sake of the business; and that staff who feel they are treated fairly by their bosses are often more productive (though again to play the other side, none of that research is to say that there is not a long list of tyrannical ways to lead and still get stellar results).

Truly, you can argue for both sides. And so on a final note, perhaps the advice is that you, the leader, must remember to act responsibly towards others in your journey. Because if you want to abuse your power, you can probably do so quite easily and get away with it. But that won’t be good for everyone else involved in helping you achieve your results, and won’t at all be good for you, either.

Related: Advice For The Young Executive: Get Noticed By The Boss