By Neil Petch September 25, 2016
Opinions expressed by Entrepreneur contributors are their own.
You're reading Entrepreneur Middle East, an international franchise of Entrepreneur Media.

No entrepreneur starts a business believing they are going to go bankrupt.

But while solid business strategy and a good team can see you through just about any challenge, the reality is that bankruptcy is always a possibility. This is why there is so much significance to the approval of the latest UAE bankruptcy law update by H.H. Sheikh Mohammed bin Rashid Al Maktoum, Vice President and Prime Minister of the UAE and Ruler of Dubai.

The goal is to create bankruptcy laws that are amongst the best in the world, and that ultimately give rise to a greater entrepreneurial ecosystem.

So let’s look at the situation before this law, and what we can look forward to after its implementation in early 2017.

UAE bankruptcy law: The situation before

Previously, business owners and managers could be criminally penalised for business failure. This included possible jail terms. It resulted in many people actually fleeing the UAE and leaving debts and unpaid loans in their wake.

There were in fact many articles of law that dealt with issues of insolvency in the UAE but they were better suited to smaller companies. And other than liquidation, there were few other options for businesses facing bankruptcy. This in turn led to poor outcomes– for the business owner, the creditor, and the economy in general.

The new law: What it means for entrepreneurs

The new law changes the situation. And as we have come to expect of the UAE, they have not eased gently into reform but leapt into a modern, comprehensive bankruptcy policy that rivals any international system– the “carrot” being that business will be the ultimate winner.

Drafted by the Ministry of Finance and drawn from best practices in France, Germany, the Netherlands and Japan, it has dominated the business headlines in the Gulf and around the world.

The aim is to help both creditors and debtors when it comes to insolvency situations and to create more flexibility and options if the worst should happen. It will give businesses facing hard times a better chance to restart or restructure both their operations and their debts.

For those facing bankruptcy (and depending on certain criteria), it opens up the possibility of financial reorganization, a preemptive settlement, financial restructuring, or raising of new funds.

The law will apply to commercial companies (rather than individuals) and while it is certainly there to help companies going through financial difficulties, there are strict penalties in place for those who abuse the law.

It is widely believed that this change will make business in the UAE an even more attractive proposition for investors eyeing the region as a base. It is also hoped it will bolster the confidence of businesses already trading in the country. This was certainly the opinion of the UAE Banks Federation industry body that lobbied the government to make it happen.

It goes without saying that careful reading of the legislation will be vital for entrepreneurs in the region (once the full law is officially published in the coming weeks), regarding its applicability in the particular business zone in which they are based. As always, it is safer to seek professional advice from those with expertise in the UAE business landscape.

But on a countrywide scale, this law will make a big difference. It will mean potential for a new lease of life for some businesses going through their most difficult period, and the positive knock-on effect will be a boost for the economy as the new legal framework makes it easier for startups to choose to work from the UAE. 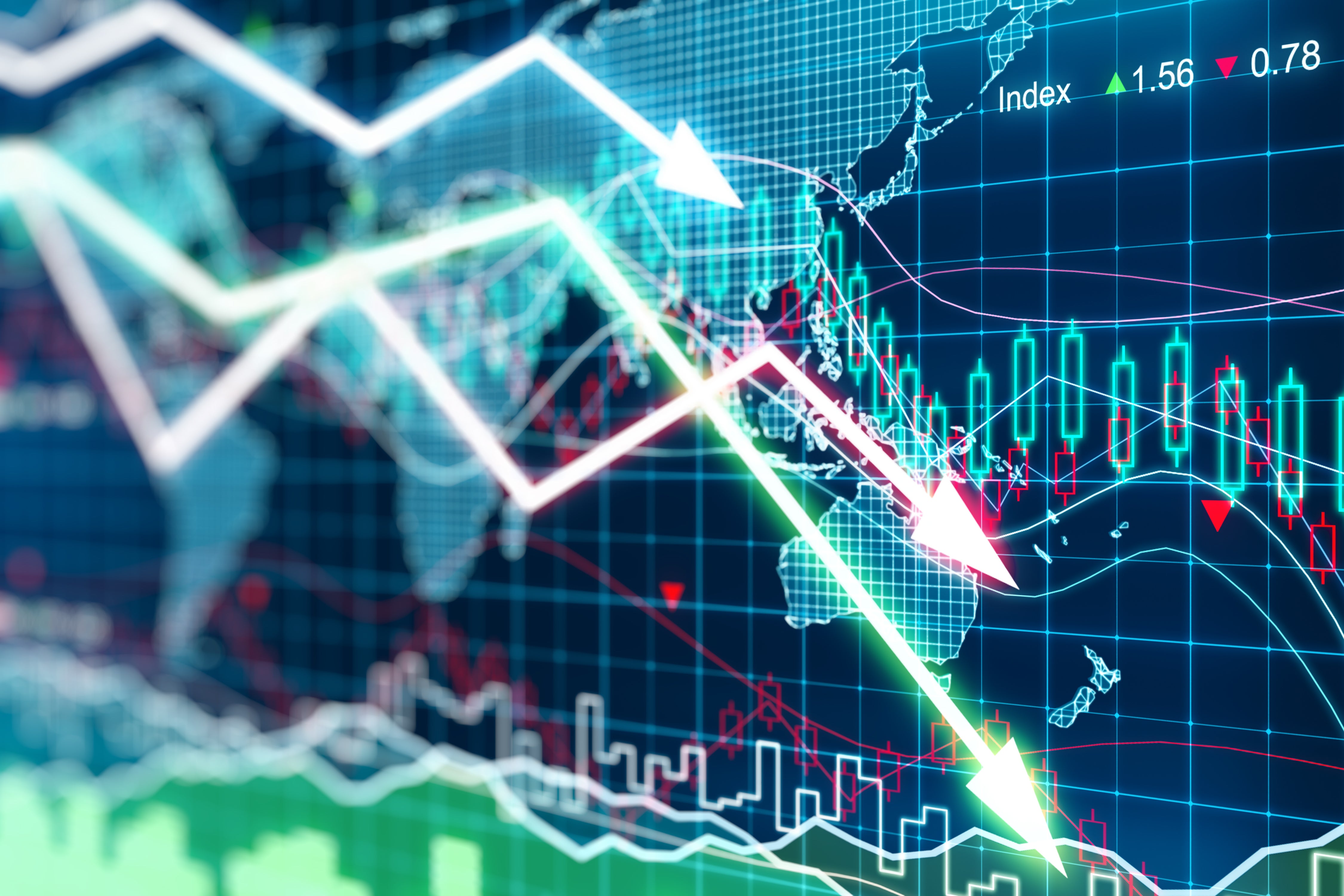 Related: An Introduction To The Legal Landscape Of The UAE

The importance of protection when business falters

Generally speaking, bankruptcy laws are there as a last protection for businesses that cannot find a way to pay debts. It is the debtor that usually chooses to initiate this legal path, when they find no other option. In most developed countries, regulatory systems to manage insolvency and bankruptcy are seen as a necessity, a way of making critical decisions in bad times for the best outcomes.

So why is the new bankruptcy law so important specifically in the UAE?

The UAE is widely appreciated as a tax free, super-charged business hub but it has had strict laws around honoring the payment of business debts. Businesses were prone to shut down or liquidate at the first signs of failing, possibly before all the options for keeping going had been properly exhausted.

Without a framework to manage such problems, many were shutting the business down, laying off staff and basically choosing the option of “cut and run.”

So bankruptcy laws safeguard everyone’s interests in this difficult period, through a state-managed system to ensure on the one hand creditors like staff or banks have payments honored, but also to scrutinize the business to see how it can better function or manage the sale of assets.

The new law in the UAE seeks to protect the rights of both the creditors and the debtors in these situations and broadens the scope of how the situation can be managed amicably, without anyone worried about jail time or sudden destitution.

To oversee this policy shift, a new regulatory body is being created called the Committee of Financial Restructuring (CFR). The CFR will manage any business restructuring needed that is beyond the scope of the courts, have the means to hire experts in the field, oversee preemptive settlements, and create a database of individuals who have bankruptcy rulings against them.

Bankruptcy is always a last resort and not a pleasant prospect but the CFR’s intervention will mean that there will always be a measured approach to these critical challenges and when it looks like everything has gone seriously wrong, there will soon be real options on the table to manage the situation.

The absence of such a law has previously been seen as the “chink” in the otherwise superb business armor of the region. The fact it is now drafted is a big deal for the future of the UAE– it could even make all the difference for those who are “tempted-but-wavering” when it comes to starting a business in the country.

The new law will really benefit all those involved in a possible insolvency or facing a harsh period of trading and cash flow. It can mean a moratorium (or delay) is possible on debt claims to give the business owner the necessary breathing space and time to restructure their company and their finances. In essence: a second chance.

Perhaps it’s a case of simply changing the way a failing company operates, such as significantly downsizing it or selling the assets from the area that is failing while boosting the area with most potential. With carefully managed time and finances, it may even mean returning to a position of having working capital.

And if the business really is dying then assets can be sold to cover debt payments incrementally over a longer period, protecting creditors’ interests.

So the CFR’s methodologies will help firms either efficiently close with the least amount of distress for all involved, or enable companies to reorganize themselves to return as functioning businesses.

A boost for the UAE economy

With the vast majority of the UAE’s business ecosystem made up of SMEs, the new law will help ensure struggling companies have tools to help them in the worst-case scenario. It will have the added effect of encouraging banks to invest in businesses with loans and it will help alleviate concerns of investors in general. This can only be good news as the UAE continues to nurture diversification of its economy and become less reliant on oil.

The speed of change in the UAE is breathtaking, not just in the development of its cities and infrastructure but also in the regulatory framework that makes working towards success easier, more attractive and gives a business all the tools it could want to ‘go for it’. This latest law is just another example of how serious the country is when it comes to attracting investment and helping entrepreneurs in any way possible.

By removing a barrier of fear, the new law encourages a little risk that is often the difference for success in business and reassures directors’ that their companies have that extra layer of protection against all-out failure.

All of this adds up to the UAE’s intent to foster business and make opportunities happen through new laws to help ease the burdens on business people. It’s good for everyone.