Could the future of the MacBook be as an accessory device requiring an iPhone or iPad to function?

By Matthew Humphries March 24, 2017
This story originally appeared on PCMag

As smartphones have become more powerful we've seen peripherals appearing that allow them to double as an actual PC hooked up to a display. The latest of those is a rumored desktop dock for the forthcoming Galaxy S8. Now a patent filed by Apple suggests the iPhone maker is considering a similar thing, only in the form of a dumb laptop enclosure.

The Apple patent, discovered by Apple Insider, was filed in September 2016 and is simply titled "Electronic Accessory Device." 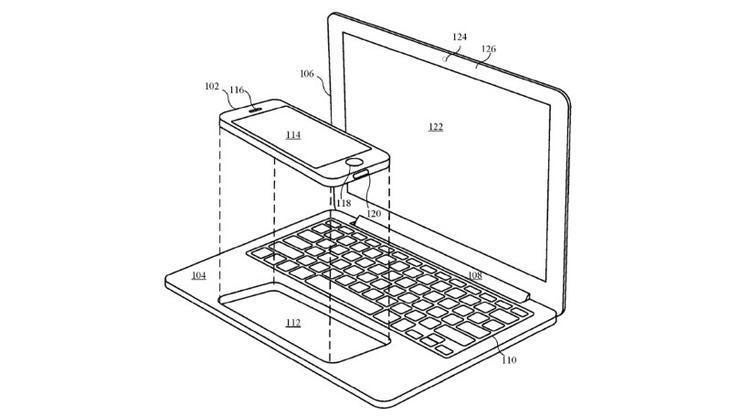 It's the details that are interesting, though. The accessory device described offers a display, ports and a control interface, but does not function without the addition of an "electronic host device." As the image included with the patent filing and pictured above shows, the electronic host device looks very much like an iPhone.

With Apple laser focused on making devices as thin as possible, this would certainly be a way to make a future MacBook incredibly thin. It wouldn't need any internal components beyond a few interface circuits, the keyboard, ports and display. Battery power would come from the smartphone, as would the touchpad input courtesy of the screen.

Apple does leave scope in the patent for the enclosure to include some additional components such as a GPU and memory. But with the rate at which mobile device performance is increasing, it seems unlikely such additional components would be necessary. One other point to make if this device became a reality: it would be the first Apple laptop effectively running iOS.

For now, this is just a patent, and one that will likely remain an Apple idea until a point is reached where MacBook sales are no longer making sense as a separate product, or competitors try something similar for their smartphones and it proves popular.